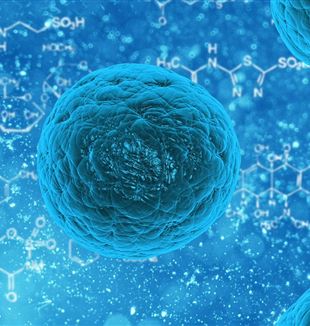 On January 21, 2010, in the Houston Medical Center, the largest grouping of hospitals and medical and nursing schools of its kind in the world, Crossroads Cultural Center held a conference on stem cell research. Dr. Emerson Perin, M.D., Ph.D., Director of Clinical Research for Cardiovascular Research and the Medical Director of the Stem Cell Center at the Texas Heart Institute, responded to our panel invitation: “Loved your website! A breath of fresh air among all the medical stuff I always deal with.” In our initial meeting with him, Dr. Perin said he doesn’t do research for its own sake, but rather for his patients–he would like to be able to say, “I can cure you” at some point. His care for the individual is striking as is his fidelity to facts over his own ideas.

How can it happen that we often stick to only our ideas? Is it that we don’t take the time to search out true answers? Do we rely on the media to inform us? We found ourselves delving into these questions with the inspiring Dr. Perin. For us in Crossroads, we realized that the deeper we go together into reality, the more we are able to see the profile of Christ, the creator of such mystery and of our own desire to know it. If everything were not a testimony of this Presence, we would not be so attracted. And to better understand the moral issues surrounding stem cell research, we invited Dr. Daniel Sulmasy, O.F.M., M.D., and Ph.D, Professor of Medicine and Ethics at the Department of Medicine and Divinity School and the Associate Director of the MacLean Center for Clinical Medical Ethics in Chicago. While Dr. Perin would present information on what stem cells are and how they work as seen from the front lines of research, Dr. Sulmasy would address the moral and ethical issues at play.

Fascinating discoveries. Dr. Perin began by explaining that stem cells are self-renewing; if you take a stem cell and feed it, it can fill an entire building–in a sense, it has eternal life as long as it is fed. The discovery of these cells and their potential has catalyzed the Regenerative Medicine field, still in its exploration stage. He spoke about the difference between adult and embryonic stem cell research, saying that adult stem cells are easier to control, and human embryonic research is behind adult stem cell research. One important difference is that embryonic stem cells are pluripotent–they can give rise to all the foundation cell types in the body, whereas adult stem cells are thought to be more restricted and therefore less able to, for example, cause cancer when used in cell replacement therapies.

The obvious problem is that the creation of human embryonic cell lines involves the destruction of human embryos. To make stem cells for regenerative therapies that would not be rejected by the person’s immune system, an embryo would have to be created, only to be destroyed. However, induced pluripotent stem (iPS) cells, adult cells genetically reprogrammed back to their pluripotent state, does not require embryos and also offers the possibility of generating pluripotent stem cell lines from each individual that would not be rejected since they would be genetically identical to the person’s own cells. While this is not to suggest that iPS cells solve every challenge, they do have the same potency as human embryonic stem cells and are generating a lot of interest in the scientific community; much research is being done to understand them so as to be able to control their differentiation. In parallel, many laboratories, like Dr. Perin’s, are trying to understand and manipulate adult stem cells that can be taken from a patient and returned to the same patient to avoid rejection.

Dr. Perin cited a key 2002 discovery in cardiac stem cell regeneration when a man, who had received a heart transplant from a female donor, was found to have male cells in the female heart–proof that his stem cells were regenerating. Stem cells are in many parts of the body. For example, cells that give rise to many different blood types originate from stem cells that proliferate in the bone marrow. Doctors can extract stem cells from bone marrow and insert them into a part of an organ that is suffering. The cells, when placed into the tissue at the edges of the healthy part of the organ, multiply and provide support for the organ. He showed results of the heart in a dog where stem cells had been inserted into the “island of aliveness” of the heart, and the heart became healthy again in a period of two weeks.
Exciting molecular research from Rice University is in place where carbon nanotubes can be injected inside a stem cell and the cell’s growth in the body can be tracked by viewing these nanotubes. One potentiality is that, because of the magnetic nature of the tubes, the stem cells could be manipulated to move around the body. For example, trials in Rotterdam and Madrid are producing results with stem cells harvested from fat being transplanted successfully into a heart two hours later.

The Real Life Results
The first clinical trial involving stem cells and the heart was in Brazil where an aged man’s heart was functioning at 11% (as opposed to greater than 50%) and was regenerated in the areas of damage by a stem cells transplant, resulting in an improvement in the heart’s function. Instead of living a life with the effects of heart failure, he was able to go back to work, to exercising and living in a healthier way. Dr. Perin, a Brazilian himself, worked with the FDA to bring the clinical trials to the U.S. and has completed a study called “Focus HF.” In this first trial in the U.S., stem cells were injected into the borders of the areas of damage in the heart, the same as in the Brazilian study–giving the heart the potential for improvement, especially in younger patients. He showed fascinating images of a 3-D model or “map” of a patient’s heart that had been developed by a catheter touching various points of the heart, and then, by using only a mouse and a special catheter, the doctor manipulated the catheter to inject stem cells into the tissue of the heart. Why this therapy works in some and not others is also an avenue of research. Dr. Perin went on to introduce us to MPC cells, one cell out of one million that flies under the radar of immunity. Such cells can be selected from a healthy young person and used in an unhealthy person, without the risk of rejection.

Perin’s attitude toward this research is one of fascination, of piecing a puzzle together and going down different avenues to find the optimal way to use stem cells to cure patients in the future. He said, “I do scientific research because… I love it!” But what about experiments that don’t work as predicted? He answered, “The experiments never work as anticipated; reality is never the way you want. You start from a hypothesis and, when you test it, you discover that your first idea was wrong and that reality is something else. It is a sacrifice to recognize and follow what you have in front of you, and not your original idea.” This extraordinary approach to science reminds us that what is needed is honesty and passion for truth–you need to love reality more than your idea of it.

Human vs. artifact. Dr. Sulmasy began by discussing the general issues of regenerating stem cells. If human embryonic stem cells (as opposed to other types of stem cells) were to be used in research and clinical applications, it would be necessary to produce enough of them to work with–and the process of making human embryonic stem cells destroys human embryos. Sulmasy presented what the general population considers to be morally acceptable. The sense is that reproductive cloning (that is, manipulating cells to make a new individual that is genetically identical to another individual) is offensive to our dignity and that it blurs the line between natural kind and artifact–the human being vs. something that is made for use by human beings. He noted that using adult stem cells (and other non-ethically offensive cell types) is very exciting, while using human embryonic stem cells calls for education to understand the moral status of human embryos. In other words, the method for knowing what to do with something (e.g., a human embryo) is to first understand what it is. A human is a being that is able to love, able to perceive the infinite and the finite, able to work together with another, etc. And each human was once an embryo. We are reminded that you can’t use reality for what you want; you have to use things for their purpose. The basic objection is that we would be developing an embryo “de novo” for the express purpose of killing it in order to extract the useful cells. In fact, even in Roe v. Wade, the legal decision was not that the fetus is not a human being, but rather that the interest of the woman’s privacy is greater than the interest of the state in preserving life. An embryo is in fact an individual member of human kind in its earliest phase and it has intrinsic value by virtue of its being a human, not a thing.

The Debate
Sulmasy stated the five popular arguments for human embryonic research and his responses to them. First, people argue that twinning does not occur until after 14 days; therefore, the person is not an individual until after that time. Sulmasy’s response is: if one can become two, then of course the being is at least one. Second, the embryo is so small–how can it be a person? In fact, it is smaller than the period at the end of this sentence. He counters by noting societal prejudice against small things and that size is not a definitive moral argument. Third, spare embryos will die anyway (a popular argument that is also used in political discussions). Sulmasy points out that there are many children who will die from starvation–would we use them to heal others? Fourth (the utilitarian perspective), to not use the embryos (there are currently 400,000 in liquid nitrogen) would be tantamount to killing people. His reply is that there would never be enough to supply clinical demand, and not all of those are viable, even if we could get informed consent of the parents. The final argument is: where would your principles be if you were ill and the only therapy that could heal you is one developed by embryonic stem cells? Sulmasy reminded us that the moral basis for a policy should never be that people may abandon their principles when asked to follow it.

So, what is at stake in this societal debate is the fundamental basis of human morality. If our society decides against killing the egg of a bald eagle, it is stating that it understands that the egg is an early phase, not a different kind, of the adult bald eagle. Scientists may be motivated by “academic freedom” and the pursuit of money in experimenting with embryonic stem cells. When presented with a choice between one therapy that works (using adult cells) and another that is morally objectionable (using embryonic cells), the prudent society ought to choose the former.

After the event, Crossroads’ muse Francesca said, “We were really struck by the method that the speakers use in their jobs in order to know the object of their study and to arrive at the truth. This method is really full of reasons, love, and passion …and is so human.” By bringing this topic back out to air in the public forum with these passionate scientists, our humanity is challenged and fed anew as we consider not only medical advances, but the “purpose” of human life.