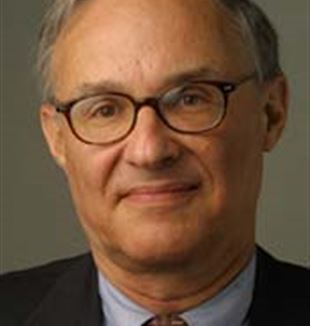 Dr Kass, you studied and trained as a medical doctor and a scientist. How did you get interested in science?
This came from schooling. I’m not one of those Jewish boys whose parents encouraged him to be a doctor. Far from it. I had wonderful teachers in biology. It was an interest in biology and an interest in healing that led me into medicine first, and then into biochemistry. At a certain point, my dream was that I would become a university professor in science, but I would also do some teaching on science in the liberal arts, or philosophical foundations of science.

And then you became a university professor…
I did, but not in the sciences. I was invited to come back to the University of Chicago, where I went to college and medical school. They thought I would be teaching courses on bioethics–on abortion, euthanasia, organ transplantation–but by the time I got back there, I’d also spent a few years at St John’s College in Annapolis, Maryland, which is a college emphasizing the Great Books. My interest was not in teaching the current bioethics literature, but some of the great works of philosophy and the humanities, and even the classic works of science, because it seemed to me one needed a deeper foundation if one was going to work in this area than one could get just reading contemporary authors in bioethics.

Science and religious beliefs, not a good match, at least according to the common mentality...
One can put the challenge very simply: for scientists to have absolute confidence in the sufficiency of understanding the world through the laws of nature, they have to be fairly confident that there’s no such thing as a miracle, that God doesn’t intervene to part the Red Sea, or cause someone to rise from the dead, etc. And I think it’s fair to say that science rests upon the belief of the impossibility of miracles. Whereas, to say the least, the traditional faiths of the West are, shall I say, open to the miraculous. But on other kinds of questions, religion is not incompatible with science understood as a heuristic endeavor: “Look, we really don’t know the truth about the ultimate questions. We don’t know about the First Cause. We don’t know why there is something rather than nothing. We don’t know about the immortality of the soul. All we can do is sort of describe how things work and, to a degree, predict how they might work if you disturb them.”

Science, rightly understood, is merely partial knowledge, sometimes masquerading as the whole truth.
People who’ve thought about the human and the ultimate questions know that science, by its own deliberate design, has nothing to say about those biggest matters.

One of the things which struck me the most during a conference you gave a couple of months ago here in NYC is how you look at life as a gift, something we don’t give ourselves. If life is a gift, what are the implications for some of the most debated issues in bioethics?
There isn’t, it seems to me, a direct deduction from the attitude that life is a gift to a solution to all of these difficult problems. You get a certain way, but not the whole way. I think there are two postures in the world and lots in between. You can stand in the world profoundly grateful for the privilege of being here, grateful for the existence of the world, of your life, of all those who have made it possible for you to be here, and sustain you as you’re here. This attitude doesn’t depend upon a particular theology. It’s possible for a rational person to think about the fact of his utterly unmerited “being present” and acquire an attitude of gratitude and even something of natural piety before Being itself. The other attitude is to say: I am here, I am needy, I have wants. The world doesn’t satisfy them sufficiently, and it is up to me to use my powers, and to harness the powers of those around me, to satisfy my desires. I didn’t ask to be here, my desires are unfulfilled, so the world owes me. I have the first attitude, not because I had a religious rearing, because I didn’t. It just seems to me to be the right posture in the world, the truest posture. The Jewish tradition is deeply imbued with the idea of a Creator, and of a sense of gratitude and obligation.

Dr Kass, Chairman of the Council of Bioethics: you accepted a very challenging task. This calls you to social and political responsibilities. Why did you accept? What is your goal?
Thank you. I think bioethics in this country has grown to be almost exclusively an academic profession. And yet I don’t believe that, finally, these are merely academic questions. They are social and political questions. It’s not clear to me whether a democracy, and especially a democracy that values individuality as much as the United States does, will find a way to govern where technology or biotechnology is taking us. But, it seems to me, we have to try. And the task is to make the connection between the best thinking that we can do about the human significance of these new technologies and the development of institutions in which that thinking can be made efficacious in the world. It’s not an easy task. But when you have issues like stem-cell research, or cloning of children, or even cloning of embryos for the purposes of research, when these things are being developed, there is a public good that is at stake, and not merely the private good of the individual embryos, or of the parents who are seeking a child, or of the researchers here.

How should we try to structure our institutions to make sure that we get the benefits of biotechnology but do not succumb to the evils and the degenerations to which they could also lead us?
Having spent, off and on, something close to 35 years of thinking about these topics, when President Bush offered me the opportunity to lead a council and to try to elevate the discussion and to search for possible suggestions–legislative, regulatory, and the like–it was an offer which I could not in good conscience refuse.

In an interview you gave on the occasion of the publication of one of your books, The Beginning of Wisdom, you were asked what you think human beings most need to be fulfilled. You answered, “deep love and friendship, at least once, and, God willing, for a while, and second, some kind of meaningful work that brings out the best of what one has to offer, and third, something that combines the two.” This has not much to do with science as such.
No. Science is a human activity, it is not an autonomous activity. It begins with a quest in the human soul for, in the best case, knowledge, and also, in some cases, a philanthropic desire to put that knowledge to use for human betterment. It seems to me that in the present age, the things of the spirit suffer, while the things of technique triumph. And for myself, my vocation really has been to be a teacher–to try to cultivate a kind of thoughtfulness, primarily about the question: How do we live a good life, individually and communally?

Is this what education is all about?
To care most for the things of one’s soul, and the souls of those around you, is really the task of education. Not many teachers today think that’s their business, and it is one of the great embarrassments of liberal education in this country that it is increasingly given over to merely technical education, while these questions that actually feed the hungry soul are given very short shrift.