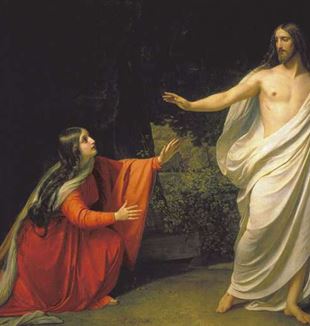 The power of Christian beauty and human encounter will be the focus of a leading Communion and Liberation priest as he holds a roundtable discussion and speaking tour of North America this Oct. 9-15.

“Do we Christians still believe in the capacity of the faith we have received to attract those we encounter, and do we believe in the living fascination of its defenseless beauty?” Father Julian Carron asks in his book “Disarming Beauty.”

Carron heads Communion and Liberation, the international ecclesial movement which originated in the 1950s under the Italian priest Monsignor Luigi Giussani. The movement focuses on making faith real by living as a Christian presence in community.

His book “Disarming Beauty,” published in 2017 from Notre Dame Press, considers the Church’s relevance to modern society’s most pressing challenges. From terrorism to consumerism, so-called “rights culture” to marriage and family, the book examines the plight of our current world and invites Christians to respond, not from a place of fear, but from the joy of their original encounter with the living person of Christ.

Carron’s North American tour will begin Oct. 9 at the University of Notre Dame in South Bend, Indiana, followed by an Oct. 10 stop in Denver, Colo. at the Denver Press Club, then an Oct. 11 roundtable at the University of St. Thomas in Houston, Texas. There will be an Oct. 13 event at the United Nations Headquarters in New York followed by a Spanish-language lecture that evening at the Sheen Center in New York for the Albacete Lecture on Ethics and Culture.

Fr. Carron will hold a panel discussion at La Grande Bibliothèque in Montreal, Quebec on Oct. 14 and conclude his tour Oct. 15 at Georgetown University in Washington, D.C. in a public conversation with Archbishop Christophe Pierre, apostolic nuncio to the U.S.

Internet livestreaming will be available for the Oct. 9 event at Notre Dame, the Oct. 11 event in Houston, and the Oct. 13 Spanish-language lecture in New York.

“Disarming Beauty” contends that the contemporary cultural crisis of fear and confusion is deeper than the rejection of ethical precepts. Rather, people have lost sight of what it is to be human. Instead of moral exhortation as a solution, Fr. Carron advocates “an encounter with a person…who makes the human benefit of faith tangible.”

“The book speaks of the beauty of Christian faith, of its power and its attraction,” Fr. Carron told CNA in a June interview. “When God takes on flesh, He strips Himself of His own power, entering into the history and poverty of the human condition, revealing to everyone the truth of His power.”

“Beauty disarms us from our narrow way of looking at ourselves and at reality; it opens our minds and our eyes to the totality of reality, of the real,” he added. “The attractiveness of beauty moves us affectively, so much so that it allows reason to become truly opened to all the factors of reality. We discover this openness in Christ’s gaze on reality; we are surprised by the way Jesus looks at the publicans, at Zacchaeus or Matthew, or at the crowd.”

Carron is a professor of theology at the Catholic University of the Sacred Heart in Milan. He was born in Spain in 1950 and holds a doctorate from the Facultad de Teología del Norte de España. He is a past director of the San Justino Institute of Classical and Eastern Philology in Madrid and of the Spanish edition of the international Catholic journal Communio, and of the journal Estudios Bíblicos.