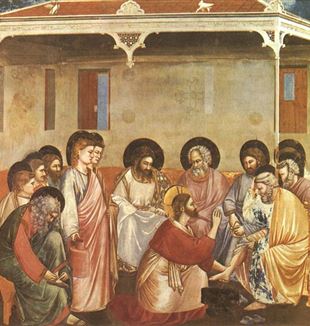 It is one of the Catholic Church’s most important movements. It was founded in 1954 by Luigi
Giussani (1922-2005), a young priest who also taught at a Milanese school. Since then, it has gone
from strength to strength and is currently present in 90 countries. The movement in question is the
Fraternity of Communion and Liberation. But its surprising growth has not been free from
controversy and scandal.

Ten years after its founder’s death, the Pope held an audience with the Fraternity’s members in
Saint Peter’s Square on 7 March. During the meeting, the Pope reflected on the temptations and
challenges the movement faces. In the interview with Notimex, Julián Carrón reflected on this and
other issues.

In the two years of his pontificate, Pope Francis surprised everyone with his innovative
message of evangelical radicalness which is also, however, creative. Did he surprise CL too?
Pope Francis surprised us because of the simple way in which he addressed everyone right from the
start, using language that is accessible to people of all cultural levels, from the most cultured to the
most simple. The power of his gestures, which say more than a thousand words, his trust in the bare
power of evangelical truth (because he believes in the bare beauty of truth) and the fact that
someone like him burst onto the scene have been a powerful stimulus for everyone, including us.
Francis as a figure and his gestures are provocative in that they reflect a way of living Christianity
in today’s historical context. It is as if Christ had given us a way of living Christianity in our time
and when we live life like the Pope does we are able–contrary to what we may often think–to enter
into dialogue with all kinds of people and all cultures.

Despite the difficulties, the movement has spread to many countries and different realities.
What has your reaction to this expansion been?
We are astonished by the fact that a movement that originated in Italy was able to attract so much
interest among such diverse circles, cultures and human situations. It is confirmation of the value of
Giussani’s message in a global cultural context like today’s and we experience it with all the sense
of responsibility that it entails. To see people in New Zealand, Russia, Argentina, the US or Uganda
take an interest in our experience is confirmation to us that the human heart is awaiting a
Christianity that is able to respond to all the needs of their being, despite the human conditions in
which it lives.

The movement’s expansion presents challenges. In many environments, the movement represents the “visible face” of the Church. How do you respond to this responsibility?
With humility. We are perfectly aware of how small we are, we know our limits and our
disproportion. At the same time we are pleased when we see that the Lord manages through our
small “yes” to do things that leave us in awe and strengthen our faith. At this moment in history
when everything is crumbling down, to see that certainty in the faith of Jesus Christ is growing–not
because we are imagining it but because we see people who find it and live better, they feel more
content and are better prepared to deal with life’s challenges–fills us will joy and gratitude.

The Pope warned you about temptations such as “self-referentiality” and seeing Christianity
as a “label”. What do you think about these warnings?
We see it as a very wise call because we feel called to the truth of our charisma. Fr. Giussani has
always encouraged us to go out, to see the value in everything we come across, in all people we
meet and in all circumstances. Hence the call to us not to be closed is in tune with the advice he has
given us so that we don’t miss all the good, beautiful and wonderful things we may experience in
our relations with people and in various situations.

The Pope also asked you not to lose “the freshness of your charism”. How do you deal with
questions that arise when the movement comes under severe public scrutiny, without losing
that freshness?
We went to Rome for the audience with the Pope not just because we wanted to celebrate an
anniversary but because we wanted to learn, to ask him sincerely how we can preserve the freshness
of the charism 10 years after Fr. Giussani’s death. The Pope gave us clear answers; the key is for
Christ to always be at the center and he told us this not just with words, he actually made it happen.
In St. Peter’s Square we heard him talk about Christianity just as Giussani bore testimony to it.
Pope Francis revived the freshness of the charism within us once again, hence we feel the urgent
need to preserve it and that the tradition keeps the fire alive.

But there have also been difficulties and crises over these past years, haven’t there?
Naturally the size of this movement means we are always under the spotlight. Sometimes this gives
us the chance to give a contribution to others, but sometimes it brings humiliation because we have
shortcomings too, just of the whole of the Church sometimes has. We treat them as a constant wish
to take stock of important things we are told, leaving aside exaggerations and journalistic
interpretations, which we overlook because we are concerned in learning from our limits, too.