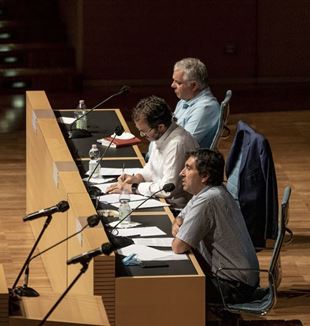 The leaders of two ecclesial movements with an international dimension met together on July 6 to discuss the Pope’s teaching on peace in his new book, Against War: The courage to build peace. The meeting took place at the Rimini Conference centre, together with the children of Fr. Oreste Benzi, founder of the Pope John XXIII Community, and the children of Fr. Luigi Giussani, the founder of Communion and Liberation. It is no coincidence that the meeting was held in Rimini, where the Pope John XXIII community, now spread throughout the world with its charitable works helping the poorest, was born more than fifty years ago, and that is one of the centers of Communion and Liberation (think of the Meeting). Therefore, to address the contents of Pope Francis' book, Giovanni Paolo Ramonda, general director of the Pope John XXIII Community, and Davide Prosperi, president of the Fraternity of CL, met in front of a large audience. 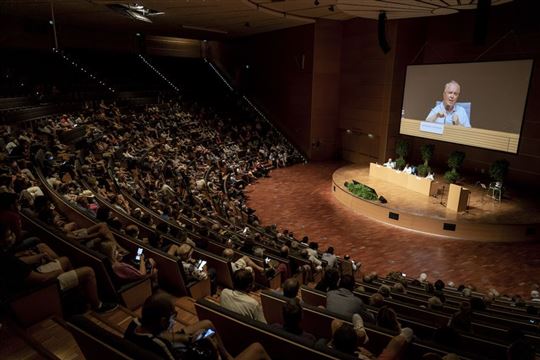 In recent years in Rimini, a friendship and mutual esteem has grown between the children of Fr. Benzi and those of Fr. Giussani. This experience of unity deepened last year on the occasion of the beatification of Sandra Sabattini, a young woman from the Community who died in a car accident, now known as the "holy fiancée." "She also became 'our Sandra'," stressed Cristian Lami, diocesan head of CL in Rimini, during the presentation. "The community was involved in the organization of the beatification ceremony. We saw how unity and friendship was emerging between us by following the gift of her holiness." Last Wednesday's meeting was another step in this story of friendship; a new step but also the restart of a common journey.

War is born first of all in the heart of man. This was Francis' first provocation that was addressed to Prosperi. "Yes, the Pope points to the heart of man, at his original need," he argued. "Francis wants to awaken the heart of man by pointing out the path. There is only One who can bring justice and salvation. Only starting from Jesus are we able to build new relationships with others. Francis reminds us that war and destruction are born first of all in the heart of man; realizing this is fundamental. The seed of evil that starts wars also dwells within us. We must prevent that that impatience towards the diversity of the other awakens within us; hatred, violence, the abuse of power are a consequence of this impatience." Prosperi also recalled Fr. Giussani's teaching that "recognizing that we are sinners is the condition for beginning a true journey, otherwise man lacks an accent of truth in any relationship." Where does liberation come from? "We are not able to give it to ourselves. The cross, Jesus’ sacrifice, has liberated us. Thus we also have to suffer the cross to no longer look at the other as an enemy, but a brother who walks by our side." 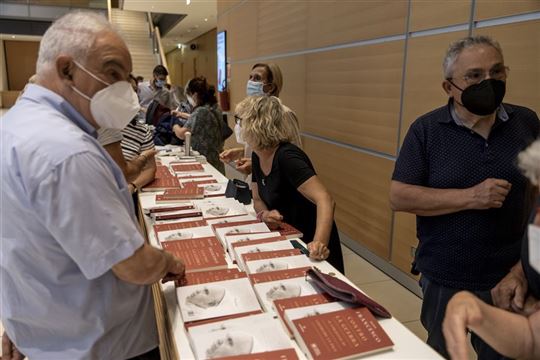 On justice and forgiveness – a very topical theme in the educational Communities for prisoners, with which some of the members of CL in Rimini also collaborate – Ramonda emphasizes that, "for justice we must ask for forgiveness. To ask for forgiveness from the disabled children without families, from the many elderly we left in care facilities during the pandemic, from the women forced to become prostitutes, from those serving a sentence without offering them the possibility of rehabilitation. Justice is giving to each person what is theirs; if they have no bread we must give them food, if homeless, a roof. A contemplative heart, which is with the Lord, must move, must act in history, must respond to the cry of the poor. We must also ask for the forgiveness of the many children we do not give birth to. As Pope Francis says: is it fair to take a human life in order to solve a problem? This asking for forgiveness, these acts of justice, are a dynamism that makes us value the charisms, the mutual gifts that we have. And to move from assistance, which is also important, to sharing. We have to help each other to work together, because the limit of the other is the beginning of my responsibility."

For many, the Pope's position on peace is utopian. How might we call it realistic and reasonable instead? This is the second provocation put to the speakers. Ramonda responded by offering a brief review of the teaching of this century's popes on peace, from Pius X to Francis, passing through Pius XII, John XXIII, Paul VI, John Paul II, and Benedict XVI. "Thus the thought of Francis," he noted, "is imbued with the thought of the Church through the ages." 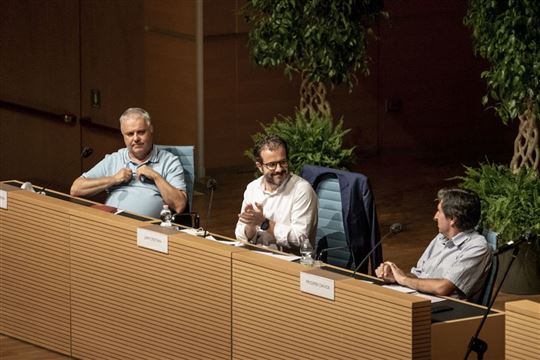 "We must understand," Prosperi added, "that the Pope's position (to not respond to war with war) generates scandal in the eyes of the world. Instead, his response to war is fraternity. We are made brothers and sisters by the same yearning of the human heart. It is a proposal that clashes with all the justicialism in which we are immersed. Thus the Pope's position is realistic and reasonable because it takes into account all factors, it embraces the whole heart of every person. If the need for fraternity dwells in our heart, anything to the contrary is unreasonable."

Finally, both were asked to indicate the signs of hope they see, including in their respective movements. Ramonda referred to young people: "I think of the young people who for years in Colombia have been helping farmers who want to change crops from coca to agri-food. Or in Palestine, where they try to create dialogue, to build bridges. In Lebanon where they live in tent cities together with refugee families who have no rights. Or the movement that we have created, Stop the war, which has involved 160 associations, providing humanitarian aid to Ukraine. Young people are fundamental in a peace education movement." To finish, Ramonda also recalled his Community's proposal for a Ministry for Peace: "We are immersed in the world, with our hands in the mud of the world, but we carry within our hearts a desire for beauty and truth, for love, for sharing."

"If the charism we have received has one characteristic," Prosperi replied, "it is the centrality of the education of the person. After the war in Iraq, Giussani said, 'We need an education of the people.' It is only through education, through a journey and the recognition of the fundamental needs of the heart, that justice becomes something concrete, peace becomes a real experience, and fraternity becomes something we need in order to live. This is possible through examples, testimonies. Today we all have a task: it is the education we give to ourselves, to our children. I conclude with the words of Fr. Giussani: 'The Mystery as mercy remains the last word, even on all the ugly possibilities of history.'"