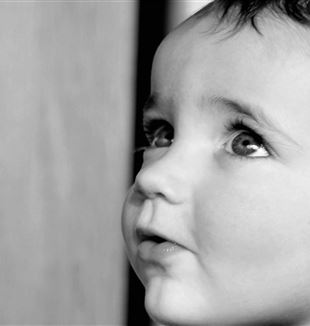 Intervention. My husband and I have been married for nine years and began the path towards adoption six years ago, but nothing is yet on the horizon. This long period of waiting has been objectively rich. It has been rich in pain, misunderstanding, anger and at the same time of grace, new discoveries, the blossoming or renewal of friendships that have led some friends to open up to hospitality. Above all it has been the deepening of our matrimonial vocation. Paradoxically, it has been a fruitful period. But the perception of a lack and incomprehension remain, especially when events occur that make me ask the question, "Why others and not us?"
These days, this question has become more acute and, perhaps for the first time since we found out we could not have children naturally, it is really radical. It is a question about my destiny, and what I need to live. Do I need a child to live? Or is this lack so much more? The perception that a child is not the answer is very clear, as is the certainty that this circumstance, that is, my vocation as a wife, is the privileged place through which my relationship with Jesus becomes radical, I would say carnal, in the very sense of a dialogue with One who has never ceased to beg for my heart.
Never before, after hearing it repeated hundreds of times, have I found Jesus' question so pertinent to my life, as proposed again to us at the Beginning of the Year Day by Giussani: “What profit is there if you gain the whole world”– he says– “and then lose the meaning of yourself?” …“Or what can one give in exchange for himself?” At the same time, the desire and willingness for hospitality, especially children and young people, remains alive. I am not a teacher, nor have I ever had a soft spot for little ones, but I see it in my relationship with my nephews, or with the little children of the Knights of the Grail. In addition to the pleasure of being with them, I feel a yearning for their destiny, even when I see them lost or angry, even when I understand that they do not care about me.
The fact that this form of fruitfulness in our marriage, at least as I had thought, is currently being denied to us (and I cannot rule out that we might just be denied it altogether) does not leave me serene. That is why we have taken steps to get back in touch with the Juvenile Court and with the International Adoption Agency, that is, to resume the two paths we had begun. Sometimes new hypotheses appear: doing charitable work in educational communities for minors or starting some kind of hospitality initiative, or thinking about changing country. These are all viable and very good options, but sometimes we feel that they do not quite fit. We feel that we risk "filling a void" instead of following our own path. At the same time, I do not want to stay "still", thus risking resigning myself, or perhaps, due to prejudice, closing the door to something that comes our way.
This is why I ask what the relationship between accepting and going along with reality is – at this moment, in a different way than I would have liked – and moving to verify one's own hypothesis, without this becoming a pretension, a strategy or an "anxiety" to fill a void?

Javier Prades. Julián Carrón’s suggestion when he invites us to notice "what is not resolved and not pretend that what is not yet resolved is resolved" has always helped me. Indeed, it is not a matter of putting an end to the fatigue, the wound, of not closing ourselves, demanding that what is not resolved be resolved. Because there is a rhythm of the Mystery, and all of us are in some sense, in some moment, in some dimension of life, unresolved. We are only resolved in Paradise; only there will there truly be a correspondence without any rejection, with what truly corresponds, that is, with the most eternal.
Until we get there, we can live dramatically, even in these unresolved situations. Thus, if I may say so, we do not "spare" the Mystery its part. If I know that a situation is not resolved, I remain expectant, attentive to God's action. Let us not take God out of the equation! Today is not resolved...let us allow the Mystery to speak. So far we have not heard or recognized the way in which this desire is fulfilled. That is fine, that is true, let us keep it that way. But why can God not do it tomorrow? What has our, your experience been? God manifests Himself when He wants, according to a design, according to a wisdom, said the text of Milosz's Miguel Mañara so often cited by Giussani, which thank goodness is not ours. Therefore, keeping what is unresolved as it is, that is, not trying to solve it ourselves because we are a little more astute when it comes to changing our strategy, I think allows us to respect the nature of reality which is that the structure of reality is a dialogue with the Mystery which we do not decide.
Life is given to us not only in the fact that we have been brought into the world, but also according to Providence, in the present. There is a prayer in the Liturgy that, if we were truly aware of it, we would find hard to say with sincerity; the priest says in the prayer: "O God, whose providence never fails." (Sunday Collect IX, Ordinary Time). We say this in the Liturgy of the Mass. Each of us would probably also add a note saying "hardly ever."
The faith that the Liturgy of the Church proposes to us says that Providence, and therefore also the temporal succession of events, is part of His infallible plan. Let us allow God to speak, and we "challenge" Him with our request: Hasten! Come, Lord Jesus! That is to say: answer me, show me the signs that correspond to my desire, make me understand the true nature of my desire which is for fruitfulness and not necessarily for the image I translate that fruitfulness into. I remember the Archbishop who ordained me a priest saying to me: "God can awaken a desire that remains alive in our heart in order to nourish other dimensions of life and not perhaps to translate itself into the very object of that desire.” I have never forgotten that observation because often one carries in one's heart a desire that one would spontaneously tend to identify with the most immediate object. Maybe things do not happen the way I had imagined, but God mysteriously “uses” that movement that is desire as an affective impetus that tends towards a perhaps unknown object, setting in motion and nourishing the dynamisms of life perhaps in other situations, or for other initiatives.
Giussani said several times that his desire was to be a missionary. But was he? Did he go to live in Brazil? Did he go to Africa, as a missionary with a beard, to be there with children? No. So was he not then a missionary? Let each of us respond... God's Providence arrives in the moments when the Mystery presents itself and perhaps sets life in motion according to an image that is not our own. It is very interesting to catch oneself in action, in the relationship with the Mystery.