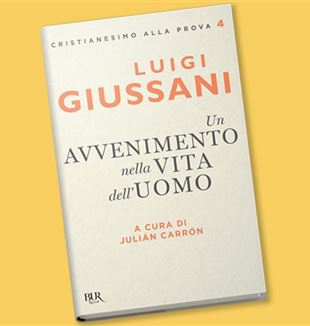 On July 8, an online presentation, organised by the Italian Association of Cultural Centres, of Un evento nella vita dell'uomo [An Event in the life of man], the fourth volume of the BUR series Cristianesimo alla prova [Christianity put to the test]. The online meeting was introduced by Emanuele Sanguineti, of the Association's board of directors, and was held by Carmine Di Martino, professor of Theoretical Philosophy at the University of Milan.

A lectio magistralis to delve into some of the book’s key points, which is a collection of dialogues and lectures given by Fr. Giussani at the 1991-1993 Spiritual Exercises of the Fraternity of Communion and Liberation, edited by Fr. Carrón. The book’s key points are articulated ranging from the high level of academic research down to the level of the simple questions of the ordinary man off the street, who is not necessarily Christian: “What will happen to me at the end of my life?”, “Why is life worth living?” Here lies the original axis that moves men of all eras and all cultures (Fr. Giussani calls them an “elementary experience”), but they are uncomfortable questions, and it is easy to give into the temptation to hold them off or censor them. 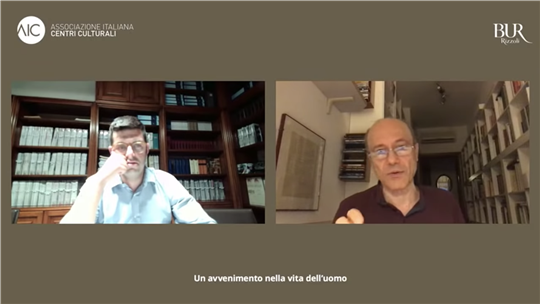 To truly put Christianity’s “claim” to the test, Di Martino did not hesitate to delve into the scalpel of his investigation of the most painful wound, the mystery of suffering and evil, the nerve centre and weak point of all theodicy, which is only based upon abstract syllogism and disembodied reasoning. But there is a first truth from which we must begin, as he pointed out as soon as he began his lectio: we might think that it is the question “Does God exist?” “No, that is not it either,” Giussani answers, scattering the cards with his usual logical rigor and his tenacious adherence to reality.

The point, said Di Martino, is that within every action there is something missing. "Only if I start from this consciousness can I be true in my relationships with others", Fr. Giussani reiterates: "We slip into an affirmation of ourselves that does not take into account the totality, the task entrusted to us." There is a capacity for denial that ultimately depends on us, a collusion that is so subtle that it is almost imperceptible, but not without consequences in life. In Christian terms, it is said "acknowledging that we are sinners." This is the first truth from which we need to start. Not from a "dutiful" burden to add to the many labors of life, but the awareness of a structural weakness, already full of hope and free from any balance and any pretension, even if not yet resolved, because "the desire to change is already a change.”

Only thanks to that loyalty, Giussani reaffirms, is it possible to be true in any relationship. The phrase from the first Letter of St. John, "And every one that has this hope in him purifies himself, even as he is pure,” seems to be a presumption, Di Martino pointed out: "But it is the sign of infinite piety, which makes us capable of an otherwise impossible gratuitousness". The Book of Wisdom reminds us that reality is positive. Not even "an army of discouragement" can completely extinguishing the glow of a "strange" joy that cannot be explained, which comes from a mysterious source. The theme of joy is the book’s true leitmotif, linked to the theme of obedience. "This dear joy on which all virtue is founded, whence comes it?”, asks Dante in a passage of the Divine Comedy, a condensed theology in a few syllables.

Read also - "A festival of humanity"

We do not choose how this "strange presence" enters into our lives. "I cannot determine what conquers me", explained Di Martino, commenting upon Fr. Giussani's words. "It is simply a fact of life to which anyone who has had such an experience must yield.” Hence the category of "event", but also the concept of charisma, after all, comes from this experience in action. "Faith is heartfelt obedience to that form of "irruption", continued Di Martino paraphrasing a quote from the then Cardinal Ratzinger, “to which we have been entrusted". A phrase that underlines the necessity of following, keeping in mind that "to follow is not synonymous with to accomplish", but means to venture on a journey of knowledge. "The more you follow, the more you enter into the past of the charisma", that is, you approach its mysterious origin.