On June 23, the presentation of the Portuguese edition of Reawakening Our Humanity. Reflections in a dizzying time: a virtual meeting between João César das Neves, economist and university professor, Rui Ramos, historian and university professor, and the author, Julián Carrón, moderated by lawyer Sofia Gouveia Pereira. A lively dialogue developed starting from the provocations from the book and the experience of the pandemic, which was followed by many, connected not only from Portugal but also from Angola, Cape Verde, Mozambique and Brazil.

"Quarantine has forced us to face what we are, including the inability of science to give us guarantees, to give us certainties,” began Ramos: "When we discover vulnerability, there is always the risk that this will lead us to a kind of idealist revolt. But it can also have another effect, that of making us think about the provocations of reality, make us think about what makes us human." Das Neves added: "To see the end of the "bubble" in which we found ourselves can be positive, if it leads us to look at reality as it is and to take a step forward, but it can be negative, if we fall into pretense, into anger."

When the moderator asked the author why the resurgence of questions coincides with the “reawakening of our humanity”, Carrón answered: "Reality has revealed the illusion in which we lived and how often ideology prevails in our way of being in reality; that is, the perception of a reduced reality, in which we live with the illusion of having no limits." And he added: "Why can we perceive this illusion, the error of thinking that we have no limits and that we have everything under control? Because the ability to judge reality has grown within us." The human being within us had to reawaken,” he explained, "so that we can see reality with more truth than we do normally. If we have been loyal to ourselves, we have all gained a greater awareness of what we are as human beings.”

The second round of questions introduced the theme of the defeat of nihilism. Ramos observed that the problem is not only an external control over what is outside of us, but also control over our own forces, over ourselves. He then asked what instrument we must use for control. And the answer is obvious: power. "But it could be that power has no lucidity in itself, no rationality in itself. The great question is whether we, on our own, alone, can develop that discipline, that lucidity, develop that reason, or whether we need something else to be lucid and rational." This, he said, was the answer that has always been offered by the great religious traditions. Provoked by the possibility that Fr. Giussani calls "living the real intensely", Ramos spoke of how critics of religion generally accuse it of alienating us from reality, and put forward a hypothesis: what if it were the opposite? What if it were religion that brought us closer to reality and ideologies that distanced us from it?

Carrón reacted: "Reality has proved more powerful than all our interpretations. In this sense, nihilism has been defeated. But this does not mean that we all accept what we have seen, because it depends on freedom, on our willingness to subject what we think of reality to the experience we make of it." The defeat of nihilism brought about by reality may have been total, he explained, and yet nihilism may not have been defeated within us. "But living reality to the full, as we have these days, because it has imposed itself before our eyes, has led us to put ourselves before the Mystery, to recognize the Mystery as part of reality. In this sense religion is conceived as the culmination of the human and not as the limit of the human; the culmination of human reason, of human freedom and affection."

For Das Neves, the decisive element is not what happens to us, but what we do with what happens to us: "The question is in which heart will the virus fall, how will we react when it arrives, because the human being, faced with the horror of the pandemic, has only two possibilities: either we close ourselves in a protective bubble, or we open ourselves to an ‘influential’ friend, with powers greater than ours, who helps us." He is struck by the unity of Carrón's book, by the relationship between its parts: "The first speaks of reality and the second of the Presence. This is because we can only open ourselves to reality if we know that the Lord’s presence is there. It is only possible to be open to reality because we have a presence.” 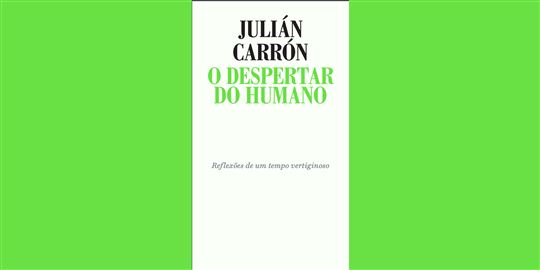 On this Carrón observed that there are two things that help us to recognize this presence. The first is reality itself: "When we open our eyes to reality, to the sea, to the stars, it has an attraction within itself, and this is the origin of man's relationship with reality.” And the second thing is that "the more reality expands our ability to reason, the more we realize that we too, like reality, do not make ourselves.” The first question that man has always asked himself, he explained, is why things exist instead of nothing. This is the first perception to which man opens his eyes, this question, and if reason is not blocked, you cannot avoid reaching the Mystery. This Presence that makes us is mysterious, but no less real. That is why, said Carrón, "we can only face reality in front of a Presence, but that Presence is already in reality and within us, because we are the first witnesses that there is a Presence that makes us."

Sofia asks all three speakers what they have learned in these times and what this experience can contribute to our world. For Das Neves, this is the period in his life in which he has learned the most, professionally, scientifically, "because we are living one of the richest moments of history in the field of economics." And on a personal level, "everything that was superfluous disappeared, I suddenly focused on the essential, the fundamentals, the family, love, the importance of everyday things." On a spiritual level, he speaks of "hunger for the Eucharist" and "the experience of the desert".

Ramos, for his part, explains that events constantly question our calculations. "This leads me not only as a historian, but also as a person, to the relationship with reality. Perceiving it, understanding it, accepting it does not happen, as we usually think, from explanation and control over it, but through acceptance of its unpredictability and our difficulty in understanding. Therefore, it also involves recognizing that reality is made of mystery, that there is a mystery in reality, and that true realism is that which accepts this mystery.”

Carrón said that he has often seen in his life the convenience of not shying away from challenges that we cannot avoid. He said that he accepted this provocation with the experience of a life dominated by this Presence. For a Christian who lives in reality, he explained, every provocation is an opportunity to put faith to the test. He recalled the experience of St. Paul: "He was persecuted, he faced tremendous danger upon his journeys, he was betrayed, hated by others. He suffered all this, but he says: ‘Who will separate us from the love of Christ? Perhaps tribulation, anguish, persecution, hunger, nakedness, danger, the sword? But in all these things we are more than victorious by virtue of Him who loved us’." Not because we live up to the circumstances, but because the full power of Christ is manifest there." It is like when a child realizes that all his difficulties are an opportunity to see what it means to live life having a mother in action.” And he added: "The Lord gives us all these signs to show us that nothing can separate us from Christ's love, from His love for us; if we live this, we can contribute to the good of society by showing this certainty: there is no fear that cannot be defeated, there is no virus that can defeat us, there is no economic challenge that we cannot face with our heads held high... But we can only face it well if faith is capable of generating a newness that we can offer as a contribution to everyone.”

In order to fulfill our task as Christians, Carrón concluded, "we increasingly feel the need for the nourishment of the Eucharist, without which it is difficult to bear witness to such a life. And, hand in hand with Him, we can enter into reality without fear, not because we are stronger, but because we discover ourselves more sons and daughters. A child does not need to be strong to enter a dark place, he can be fragile, but his strength lies in his relationship with his mother.”#ReawakeningOurHumanity