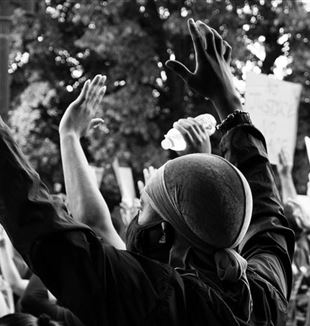 A deep human cry roars through our cities. Once again, black men and women fear being indiscriminately killed by those charged to protect and serve them. They feel powerless.

In an op-ed for the Los Angeles Times, Kareem Abdul-Jabbar put it best: “What you should see when you see black protesters in the age of Trump and coronavirus is people pushed to the edge, not because they want bars and nail salons open, but because they want to live. To breathe.”

We all feel powerless.

One common way to relieve the powerlessness is to identify an enemy and devise ways to bring that enemy to submission. Jumping into the fray restores a feeling of power. If we are not on the front lines, we feel that empowerment by tweeting or simply commenting on societal ills. 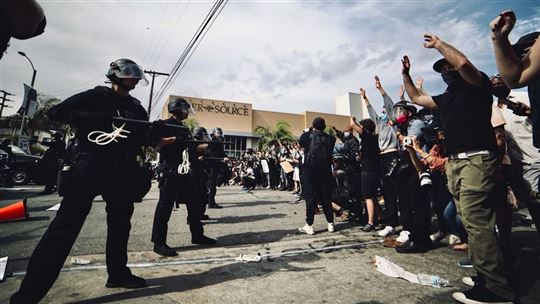 Yet, this does not respond adequately to the protester’s cry. The public humiliation that ensued after the viral video of Amy Cooper’s reaction to Christian Cooper, a black man in Central Park, did not help eradicate racism.

Martin Luther King Jr. once said we might be able to murder the murderer, but we will not be able to murder murder. To think that eliminating every violent racist person will defeat racism ignores an incontrovertible fact: We all desire to live, and we are all violent, racist even.

As King said, “There is something within each of us that causes us to cry out with Goethe, ‘There is enough stuff in me to make both a gentleman and a rogue.'”

We all desire to live, to be loved — and these desires are not foreign to the policeman who killed George Floyd. And we are all violent, with those we don’t know, and even with those we love.

If we are honest, we can recognize in ourselves the woman in the park, the policeman and the looter. It shows up in our Facebook and Instagram posts. We get away with it because no one recorded it.

Regardless of social status, race or religion, despite what we have done or are capable of doing, we all share the protester’s cry. We want to live, and we don’t know how. What can respond to that human cry?

In 2017, Richard Preston, then the imperial wizard of the Maryland chapter of the Ku Klux Klan, shot his gun toward a black man during the protests in Charlottesville, Virginia. Instead of condemning and ostracizing Preston, Daryl Davis, a black man, decided to befriend him, as he had many other klansmen.

A year later, Preston’s fiancee invited Davis to walk her up the aisle at their wedding. Like King, Davis believes that only love has the redemptive power to transform men and women of the most “recalcitrant” bent. His actions evoke the words of King: “Darkness cannot drive out darkness; only light can do that. Hate cannot drive out hate; only love can do that.”

Davis faces a lot of skepticism. Many think his position is inadequate to tackle the endemic problems facing our society.

In the past few days, we have been moved by images of police officers listening to that cry, joining with protesters, reading the lists of those killed or kneeling together in solidarity for the victims of violence and racism.

The constructive contribution we can offer to one another in this dramatic moment is to listen to the cry, to not conceal it with quick fixes and to share our experience of one who responds to our powerlessness and reawakens our humanity. Better laws and more human social structures will be brought to light by men and women aware of having been redeemed by a presence.

*Fr. Medina, an educator, is a national leader of Communion and Liberation in the United States. He is a guest columnist for Catholic News Service.