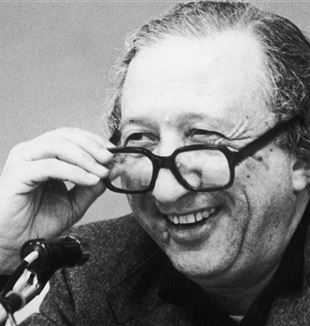 “That, in being faithful to the charism of Fr. Giussani and living our belonging to our Holy Church, we may follow Pope Francis’ invitation to ‘follow Jesus’ and ‘listen daily to His call’ which reaches us through His witnesses. Offering our lives for the Pope and for all our brothers and sisters in humanity, we ask the Holy Spirit that the encounter with Christ become more and more the total horizon of our lives and what truly forms all our relationships.”

Referring to the context in which Christians are called to live out their faith, Fr. Julián Carrón (President of the Fraternity of CL) recently wrote, “Many times over the last few years, we have said–echoing the words of Pope Francis–that we are living a real ‘epochal change’. The signs of a radical shift in relationships at a personal, social and institutional level can be seen more and more clearly, all over the globe. In addition, in traditionally Christian countries, it is becoming ever more clear that societies are no longer capable of sustaining the Christian values that have shaped their people’s lives for centuries. These profound changes we are passing through are a great provocation, reminding us not to take anything for granted. They force us to ask ourselves daily where our hope lies, what makes it possible for us to get up in the morning, go to work, continue to love, not be scandalized by our shortcomings, and face life without fear or violence overshadowing our relationships. (…) Let us support each other with our reciprocal witness, that this circumstance not weaken our passion to communicate Christ, letting His beauty shine forth to the many young people who are seeking, at times clumsily, for something that responds to their most human needs.”

An updated list of Masses can be found online. Here is a selection: