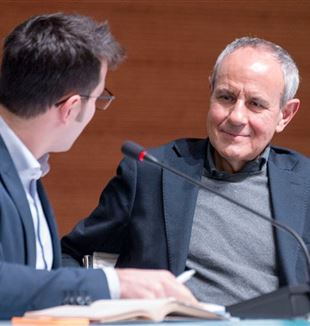 The second course dedicated to Luigi Giussani's religious sense has begun in Bergamo, in the "Lucio Parenzan" auditorium in the Pope John XXIII Hospital. Here, in April, Carmine Di Martino, professor of Theoretical Philosophy at the State University of Milan, Davide Prosperi, vice-president of the Fraternity, and Fr. Javier Prades, rector of the San Damaso University of Madrid, will participate. Last Wednesday evening, Julián Carrón, introduced by Michela Milesi, president of the BergamoIncontra association, opened the course with a phrase by T.S. Eliot, around which the whole cycle of meetings will revolve: "Where is the Life that we have lost living?". Davide Settoni, vice-president of BergamoIncontra, has this same question. He asks himself, at what point do we really risk losing the bet?: "Is the bewilderment, in which we often live, linked to the denial of the constitutive questions of man?”

Carrón takes this question seriously. It is not rhetoric, not even for those who have been part of the movement for many years: "The risk of losing life exists". But he immediately says that "one can also have the opposite experience: that of gaining one's living by living". If the deaf, progressive defeat, which the American Nobel Prize-winning poet talks about, were "the inevitable destiny of living", then all hope would be lost.
The risk we face, Carrón points out, is not so much the fact of "seeing certain values collapse" around us, as is often thought. Because if the values of man lose ground, this is due to the fact that "something more serious has already happened", even if we have not noticed it. He explains this by adopting a famous metaphor used by Fr. Giussani. Giussani spoke about a negative energy capable of silently investing man, of invading his body, without obvious external alterations: "He called it the "Chernobyl effect": everything seemingly continues like before, but, within us, the human is lacking".

The supreme obstacle, says the president of the Fraternity of CL, is not our fall ("what a discovery that weakness is weak!"), but a more general "neglect of the self": "We do not have a true interest in ourselves. Nothing "seizes" us enough, and therefore Nothing prevails. This is how life is lost by living". It is the picture of nihilism, not only that which, from Nietzsche to Houellebecq, has now become a widespread culture, but that which takes a step every morning into the depths of our self-awareness: "The first step of a human journey is interest in one's own person: it seems obvious, but it is not". Usually, in us, many other concerns, or even many other attractions prevail over concern "for my self, understood as the ability to truly love oneself: behind the increasingly fragile mask of the word "I", today there is actually a great deal of confusion. It doesn't come from the
complexity of the factors at stake, but from the lack of a passionate attack on one's own existence: "A man who has something that "seizes him" knows exactly what it is. It is anything but confusing.” Carrón takes this a step further. As Fr. Giussani taught, it is not enough to try out things in life in order to experience them, you have to examine them: "Without a judgement there is nothing left. To grow in the intelligence of reality one must measure it against oneself. If something does not become yours, you will not have anything left". Experience accumulates over the years, yet, life - this is the meaning of Eliot's phrase - day after day moves away from us, its fire goes out. Everything flattens out in our eyes. 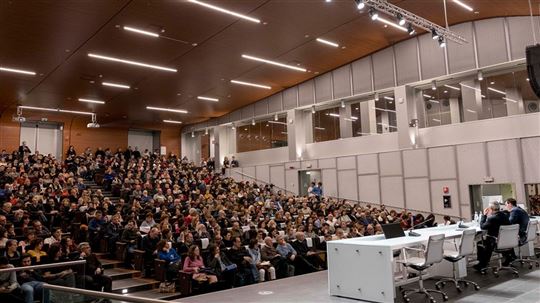 And it is not just a psychological, internal question, there are also obvious social consequences: first of all, "loneliness". Today's difficulty in "communicating": if I have not personally lived a certain life experience, if I have not made it my own then "I cannot even understand what the other person says" about it. Solidarity is not enough, positive and communal feelings are not enough to counteract a widespread egocentricity: "The good will of the other is not enough to feel understood", only a common experience puts us together and breaks down barriers: "We do not overcome loneliness because we do not understand each other. People can be surrounded by others and continue to feel alone," says Carrón. And in the end, violence and exasperation spreads. However, it is possible for "people from very different worlds to meet", and if they have a common experience "they begin to enrich each other", discovering the "taste of life, of being together".

The loneliest man is "more greatly in the hand of power". In the end, freedom is at stake: not just a formal freedom to do what you have in mind: "Today, people who are truly free are rare”. Carrón, again, quotes Fr. Giussani, who taught how to scrutinize freedom, starting from the adjective: "When have I felt free? When I saw a wish fulfilled. And what is man's desire? The desire for totality. Of the infinite". Temporary goals are not enough, and neither is "companionship" enough when one does not see what awaits come true. Life, living, begins to draw its conclusions, which sink below the line of recriminating and now unrecoverable credits: if our image has not been "fulfilled" we do not feel fulfilled. But "freedom is fulfilled in the relationship with the infinite. For us, this is often not very real, as if the Mystery did not have all the density necessary to fulfill our desire. And so we remain stuck in circumstances. And, from there, comes the intolerance that dominates our days". Disappointment, Carrón notes, not only assails us when life says no to our claims, "even when it says a big yes to us, even that is not enough. The paradox is that freedom is dependence on God. As Saint Augustine says: "Look, those who don't recognize the Lord have many masters"." 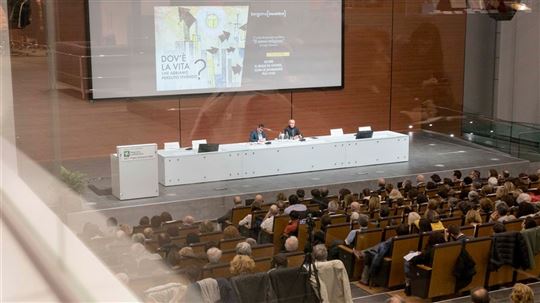 Then the real challenge in life, its real gain - to respond to Eliot - is "to accept that freedom is fulfilled only in a relationship with the Mystery". Leopardi was right: everything seems little for the measure of human desire. It was Indian Tagore, a non-Christian poet, who sensed the trajectory of this dependence that frees: "In this world, those who love me try by all means to keep me close to them. Your love is greater than theirs", he says to God, "yet you let me go. For fear that I will forget them, they never dare to leave me alone. But the days pass one after the other and you never show up. I do not call you in my prayers, I do not hold you in my heart and yet your love for me still awaits my love.”
Because "the Mystery does not impose itself: it wants to be there, waiting" for man to move freely.