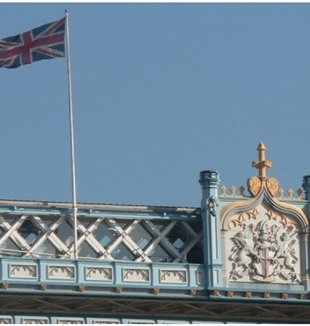 The general election on 12 December poses a formidable challenge to those called to the ballot box: to resist the widespread belligerence, cynicism and loss of hope, shared by all parties. This is a crucial task, especially if one considers the momentous decisions facing the elected representatives. Not only is our future with the European Union at stake, but so is the cohesion of the UK, its social model and economic development.

These issues reveal the divisions that mar British society today. Deep wounds, as mentioned by HM the Queen in last year’s Christmas broadcast, in which she remarked that “Even with the most deeply held differences, treating the other person with respect and as a fellow human being is always a good first step towards greater understanding”.

Can we approach this moment of choice and division without falling prey to petty self-interest or ideological impulses? Is it realistic or even appropriate, in 2019, to talk about the common good?

1. Even if we often forget, we have all experienced, in our individual and collective history, the richness of a personal encounter with the other– at least to some extent. Encounters that destroy stereotypes (brexiteers vs. remainers, natives vs. immigrants) and that reveal a shared humanity, and shared needs. There is no stronger argument for openness than our positive experiences with different-minded colleagues, friends and family. Rather than espousing an immigration plan, we want to underline how openness lies at the core of the many relationships we enjoy, despite their difficulties. Severing the relationship with the other is not an answer to the widespread poverty of resources, ideals and identity: rather it exacerbates these problems and precludes the enriching potential of a dialogue with people who are different, yet close to us.

2. Dialogue is indeed the only realistic starting point to overcome the wound of division. But it must be a dialogue that is not just composed of words, as Pope Francis said: “Remember (…) that the best way to dialogue is not that of speaking and debating but that of doing something together, of making plans (…) Do not be afraid to engage in the exodus necessary for every authentic dialogue. Otherwise it is not possible to comprehend the reasons of the other, nor to completely understand that a brother is worth more than the positions that we judge as far from our own authentic certitudes”.

3. The need for an active dialogue, such as that imposed by a hung parliament, does not necessarily compromise the nation’s prospects. Rather, it could lead us to abandon slogans and work together for the common good, to address the most pressing needs of our divided society. For this reason, we find it difficult to argue against some form of close relationship with our European neighbours. Despite all the limitations of the EU and of the single market, it would be detrimental for us to stop ‘making plans together’ with the other European nations. It is not only about what the UK loses by leaving the EU, but about what the EU will lose from the UK’s departure.

4. Dialogue can also directly inform our choice of vote. UK Politics still enjoys the privilege of a direct link between the MPs and their constituencies. Seeking dialogue with candidates is an occasion that should not be missed. And the candidate’s availability to support the contribution of people of different views and backgrounds is a key factor to consider. This may even matter more than the candidate’s political allegiance.

5. An authentic dialogue never requires the sacrifice of one’s own beliefs, but rather it offers them, with humility, for the common good. Thus, we warmly endorse the call of the Catholic Bishop’s conference to defend human life and marriage. The loneliness of many of our brothers and sisters lies behind the collapse of these values, previously shared by the whole of society; no policy can help overcome this, but only a true embrace can. Ultimately, in this time of difficult political decisions, we want to offer to our wounded society the experience of that embrace, which sustains hope.