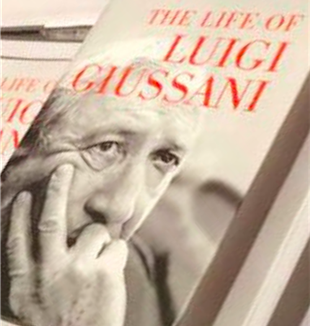 Just over a year ago, Alberto Savorana’s long-awaited biography of Luigi Giussani appeared in English.

Fr. Giussani is revealed as a man uncommonly graced with an acute perception of his times. He recognized the rumblings of late 20th century troubles long before they erupted and precipitated widespread cultural havoc. More importantly, though, he proposed a path forward.

Observant readers of the biography have noticed something quite striking: the questions provoked by the cultural upheaval of the late 1960s are essentially those of our own troubled era: How do we educate our youth? What is the role of the lay Christian in the life of the Church? What is the role of the Church in the world? Giussani’s guidance in addressing these questions is essential, for many have offered responses that reflect, unfortunately, the ideological biases of our time and affirm heterodox conceptions of Christianity. Giussani’s life offers us a case-study, of sorts, in providing a path forward from the troubled present, a response generated from an authentic Christian experience.

From March 9 to March 19, across the United States and Canada, several noted journalists, educators, and clerics will join Savorana for ten roundtables to share their insights into the relevance of Giussani’s life experience to today’s context. More details will follow, but please make plans now to attend one of the events listed below.

Thursday, March 14 ׀ Omaha, NE
Speakers: Rev. Scott Hastings, Vicar for Clergy and Judicial Vicar of the Archdiocese of Omaha; and Michael Waldstein, Professor of the New Testament at Franciscan University of Steubenville.