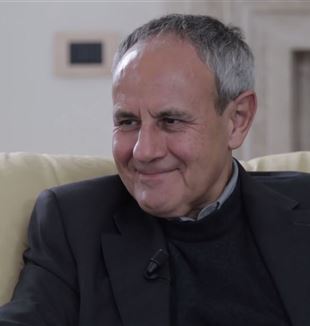 “The world is unhinged. Many people see it. We are wandering aimlessly and confused, arguing for this and against that. But a statement on which most people can agree, beyond all antagonisms and across all continents, is: ‘I don’t understand the world any more.’” This is how German sociologist Ulrich Beck (who died in 2015) describes the situation in his posthumous work, The Metamorphosis of the World. For a time, it was possible to think that the radical changes in the Western world, especially in recent decades, only affected the Church and its values as part of so-called “secularization.” For a few years now, though, it has been undeniably clear that the collapse of certainties we are seeing affects all of society. The ground on which we built our civilization seems to be crumbling beneath our feet. Perhaps this makes it easier to understand now that those certainties we used to share, which are no longer certain, sprouted from the fertile soil of Christianity. After we discarded the Christian event as the foundation for our common life, time has demonstrated how the values that sustained our ability to build together have grown weak. The Church and society have the same problem. Where can we begin?

That question is a challenge for all of us. It is one of the questions I sought to address in my book, Dov’è Dio? La fede cristiana al tempo della grande incertezza (Where is God? Christian faith in a time of great uncertainty) (Piemme, Milan). We all know that the world has changed so much that solutions from the past are not necessarily still valid as responses to the situation today. In my travels throughout the world, I have had the chance to meet many people from various cultures and religions who are looking for someone with whom they can face their questions and anxieties about the future, and ask themselves where to begin. The situation in which we find ourselves could be a great opportunity, as Hannah Arendt reminds us, “A crisis forces us back to the questions themselves and requires from us either new or old answers, but in any case direct judgments.”

What might the contribution of Christianity be? First of all, Christians can favor the emergence of free spaces where people can share their differing experiences of life. Just recently, a politician from the “left” told us, “I will do everything I can to make sure you continue to exist, as different as you are, because this is the one place I feel loved.” And a repentant terrorist asked us, “Please let me stay with you, because for the first time in my life, the possibility of the Mystery has been broken wide open.” What must these two non-believers have seen to inspire this desire to spend time with Christians?

The way Christians can offer an original contribution to help us escape the confusion is tied to a witness of the true nature of the faith. Not a day goes by that Pope Francis does not remind us of this through his gestures and his words, which is why he often cites the words of his predecessor: “Being Christian is not the result of an ethical choice or a lofty idea, but the encounter with an event, a person, which gives life a new horizon and a decisive direction” (Benedict XVI).

Christianity is not first and foremost a system of morality or doctrines, but rather a living event, the experience of discovering a new humanity in ordinary circumstances. In a “liquid” society, even in this world that many people no longer understand, there are people whose lives inspire a strange curiosity, to the point of causing others to be fascinated and to take a new interest in what appeared to be a relic of the past, that appeared to have no use for our lives: faith.

Sadly, many people continue to encounter a Christianity that has been reduced to a set of prohibitions or abstract ideas. Of what interest could it be if it is no help in facing the “life that paralyzes us” (C. Pavese)? It is when they meet people who embody the faith in ordinary circumstances, when they see how it is relevant to the needs of their lives, that they experience the attraction of faith.

It is then that empty formalities come to life, and values become something concrete and real again, something on which you can base your life. Christianity begins to happen again, just as when people met Jesus in the streets of Galilee. Why did those people believe? “They believed because of what Christ was. They believed for a presence (…) with a definite face, a presence charged with words, (…) charged with proposal, with meaning” (L. Giussani).

Without the encounter with that unforeseen and unforeseeable presence, Christianity would never have been able to touch people’s lives. And it never would have been able to survive the centuries to reach us today if there had not been men and women who were a real, visible, and tangible witness to it. Because of all this, the Christian looks to the future full of hope, with a new gaze that no confusion or earthly power can cloud.