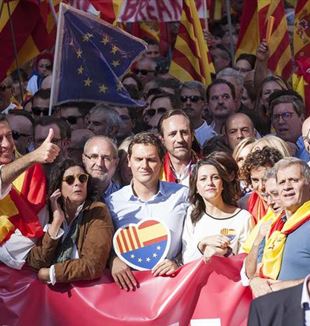 It's September 30, 2017, the day before the October 1st Catalan independence referendum. A student from Barcelona gets up in front of a meeting of 250 students, gathered in Madrid from many places throughout the peninsula. "I am for independence. But I don't feel like I am defined only by that position. These days, I am continually asking myself who I am. It bothers me that people call me a 'separatist', as if this term identified all that I am. There is something I know with absolute certainty: I desire to be loved beyond all of this. And it really upsets me to feel myself constantly judged. Today I am here, far from Barcelona, because the relationship with a friend from Madrid has helped to reawaken me, to abandon my skepticism and to judge everything that we are living. She is helping me to live, to understand myself."

These students have two particularly strange habits. The first is that they speak and listen to each other. And they don't just talk - they tell about their lives, they ask each other questions, they are interested in what is happening around them and they enter into relationships with their professors and with adults to face their problems, their wounds and their desires. They help each other and correct each other. The second habit is that they sing. They sing as one people, a people with something to express. Following the Christian tradition, they have learned to give value to the rhythm of African American spirituals, to the uncontainable joy of Irish music and even to the nostalgia of the Catalan habanere. 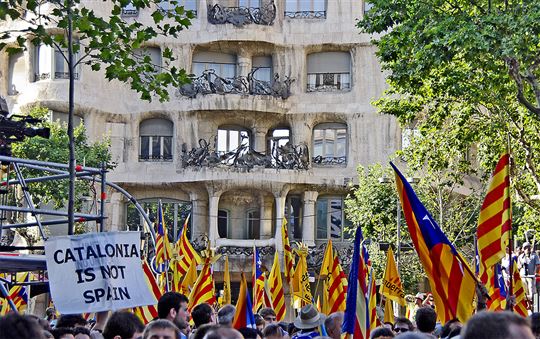 At the conclusion of the assembly, almost three hundred voices sing "El Meu Avi" with fervor and without any timidity. This beautiful habanera makes them sway to the left and to the right like the water of the ocean, as they sing with force the "Català," a song written in honor of the soldiers killed in the Spanish-American War. Far from their homes, the brave and tired sailors in the song remember all they have left behind and sing, "Viva la "Català!" Inspired by this beauty, those at the assembly "lay down their arms" and unite in one voice. Their differences do not dissolve, but they are no longer elements of enmity or estrangement.

These young people carry a hope for Spain. They have met a human reality that brings them out of their naïveté, their skepticism and their resentment. At a fiercely political and ideologically-charged time, the students' curiosity traces a true path toward freedom. In an encounter with the Christian experience, an entire community of students and professors are capable of selflessly recognizing themselves as one.

This kind of novelty does not always appear on the front pages. On September 30, a few hours before the October 1 referendum, 15- and 16-year-old students show the possibility of an authentic dialogue, a dialogue founded on understanding and esteem for the other, even in political life. We need to understand what kind of educational proposals are capable of generating this unity that is courageous and unexpected. Viva il "Català"! Their songs were not a sterile cry of separatism, but the fruit of common experience.

The high school students of Communion and Liberation in Spain