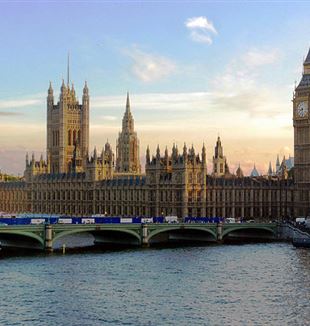 What does it mean to know? This question which opened the London Encounter 2017 is only apparently unrelated to the theme of its fourth edition, “The Adventure of the Unexpected.” Asking the question was Rowan Williams, former Archbishop of Canterbury and theologian, and most importantly patron and inspirer of the event. He chaired the first session, in a crowded conference center at the heart of a wounded city.

Misunderstandings.
“In our culture today there is a great misunderstanding of the nature of knowledge. In spite of everything, we still have the idea that knowledge is hanging a label produced in our mind on something that is out there. One of the aims of our project [the London Encounter] is to help us to disabuse ourselves of that mythology which is inapplicable even in the areas where it seems most persuasive, such as science.”

The reference alludes to one of the three original exhibitions of the London Encounter (“Eureka! The Unexpected in Science”), prepared in collaboration with Ard Louis, Professor of Theoretical Physics at the University of Oxford, together with many scientists he met with over the year. Featuring the discovery of the Higgs boson, exoplanets, and non-Euclidean geometries, this exhibit shows that many of the great scientific advances resulted from fortuitous events or unexpected intuitions, prepared for and followed up by free men.

“As shown by the exhibition”– points out Williams–“even in the most complex and demanding areas of scientific advance, we are not simply opening our eyes wide, giving names, and mapping what is in front of us. There are leaps of intuition, risks, habits to be developed, especially the habit of risk-taking. Knowing is a human journey, it is part of our personal growth as persons who are able to take risks, to be changed, to be enlarged.” 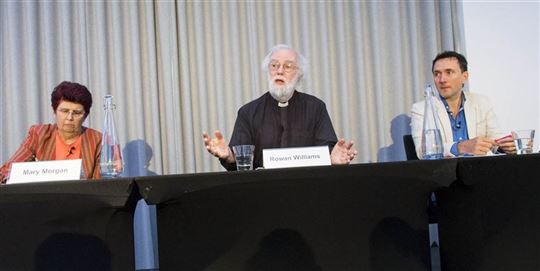 According to Williams, there is an obvious connection between that kind of risk-taking and the risk-taking exemplified in holy lives, which was the content of the second original exhibition prepared for the London Encounter about eight British Saints.

Williams continues, “Holy lives are not lives that keep all the rules, but are lives that tend to be characterized by risk-taking, by stepping out from the obvious and the safe in order to grow in love, openness and ‘connectedness.’ To be a scientist or a saint (or both), models of an easy life are not going to be very helpful.”

At the Frontiers
Indeed, as highlighted by Mary Morgan, Professor of Philosophy of Science at the London School of Economics, who spoke with Williams, “There are dangers for those who work at the frontiers of the unexpected.”

“Often we have the experience,” continues Williams, “when we discover something, an unsettling detail in the corner of our vision. To have the freedom to allow that detail to come into focus is one of the things emerging as important in various areas of research, and in knowledge in general.”

The whole London Encounter 2017 is an illustration of this human journey, through stories of men and women who have embraced (or not) the unsettling and unexpected in their lives. Like Ian, the father of a son with Down’s syndrome and witness to a surprising joy, or Samara, the improbable founder of hospitals in Syria, both speaking in the afternoon talk, together with our friend Rose. Or Cicely Saunders, an English doctor and pioneer of palliative care, to whom the third exhibit of the London Encounter was dedicated. Or Javert, protagonist of the original play which concluded the Encounter: one of the “miserables” of Hugo’s novel, Javert recounts his human derailment in front of the unexpected mercy of Jean Valjean. Embracing the unexpected, which is “to know,” is never an automatic process: Javert’s drama is the drama of life, as has been verified by the people involved in the preparation of the London Encounter, involving long hours and often laborious work, full of the risks and mistakes mentioned by Williams.

Adventurousness
But how can one take risks in such an uncertain world, in a historical context where unexpected tragedies are again becoming part of daily life? How can one really take a risk in a moralistic culture which has obliterated the idea of sin?

Williams concludes: “The only possibility is the embrace of a community that educates us not to be afraid of making mistakes, which tells that mistakes are real, but that they are not the end of the world. Philosophically, we can say indeed that human beings are beings that make mistakes and learn from them. Wanting a humanity free of mistakes-making is to engage in a very dangerous illusion. The adventurousness we speak of is that of the process of discovery of what kind of beings we are. These Encounters every year are in several ways essays of finding out what it is like to be human.”