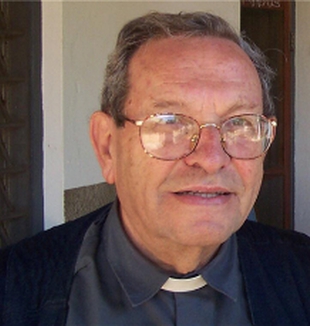 Father Tiboni has given us an example of what faith is: the loving recognition of a Presence and the passion to communicate it to everyone. This was his true greatness, and all the beautiful works that he accomplished are its fruit. As Father Giussani wrote to him in 2000: “Your existence is a moving testimony of the desire for Christ to be known by every man, lived in the circumstances as an abandonment and an obedience that renews the ‘yes’ of Mary, to which you taught us to consecrate ourselves at every moment. The miraculous fruits that have marked and mark the story of the Movement in Africa pass through your humble paternity.”

From the first moment he met Father Giussani in 1971—many of you were not yet born—, his life was invaded by Christ. This was his “first love”, which made him even more aware of his missionary vocation discovered in the great Comboni family. He often remembered Father Giussani’s visit to Kitgum, when he relived the experience of John and Andrew at the Jordan. “That meeting in which Father Giussani looked at me, and I at him, was the beginning of our story,” he wrote in 2007, two years after the death of Father Giussani, astonished and grateful that the same gaze happened again before his eyes in the life of the Movement. Nothing could separate him from that first love; war, difficulties, illness did not prevent him from remaining attached to the foundation of his hope. “And the victory that conquers the world is our faith.” (1 John 5:4)

Father Tiboni lived his faith in the midst of the world, anticipating by decades the invitation of Pope Francis to be “a Church that goes out,” by going to meet people on the peripheries of humanity. Sharing the needs of the poor and becoming poor himself, that is, aware of “what we truly have at heart: the need for Him.”

I pray that you will relive the experience of Father Tiboni, keeping his memory alive: “Going back to our origins is not a form of reverting to the past, but it is the strength for a courageous beginning directed at tomorrow,” as the Pope wrote to us. Therefore I ask Mary to make the sacrifice of Father Tiboni fruitful in the life of each of you, that you may become always more aware of the importance of Father Giussani’s charism in the life of the Church and of the world, to communicate it to everyone through the joy of your faces and the beauty of your unity. “My heart is glad because you live, oh Christ.”

With all the affection of my heart
Father Julián Carrón