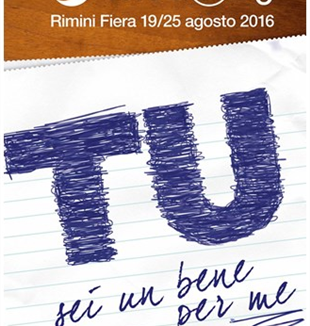 Pope Francis has sent a message to the XXXVII Rimini Meeting for the Friendship of Peoples. Each year in the Italian city of Rimini, thousands of people gather for an encounter among persons of different faiths and cultures, with hundreds of speakers from all over the world and from all walks of life.

The Pope’s message for this year’s Meeting was conveyed in a letter signed by Vatican Secretary of State Cardinal Pietro Parolin.

In the letter, Cardinal Parolin describes the theme of this year’s Meeting —“You are good for me” — as “courageous”. Too often in the modern world, he says, a certain individualism tempts us to look only at our own concerns, or even to see other people as a burden or a hindrance. But, he continued, in the face of the changing age we are living in, “who can imagine he can save himself by himself, and by his own power?” Rather, “following the example of the Lord Jesus, the Christian always cultivates a thought open to the other, whoever he might be, because he does not consider any person to be definitively lost." 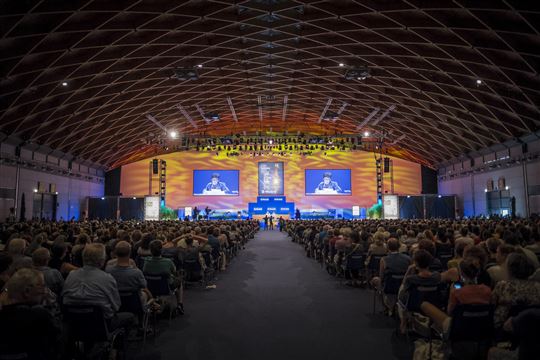 With this attitude, the Cardinal said, Christians can understand their unique contribution to dialogue and communion: in the words of Pope Francis, “the proclamation of the Gospel, which today more than ever finds expression in going forth to bind the wounds of humanity with the powerful yet simple presence of Jesus, and his mercy that consoles and encourages.”

This, Cardinal Parolin said, is the hope of the Holy Father, “who encourages the participants in the Meeting to be especially mindful of the creative personal testimony,” with the understanding that what attracts others is not the strength of the instruments, but the tenacious meekness of the merciful love of the Father, that each person can attain from the outpouring of the grace that God offers in the Sacraments, especially in the Eucharist and in Penance, to then give to the brothers.”

The Rimini Meeting takes place this year from 19-25 August.