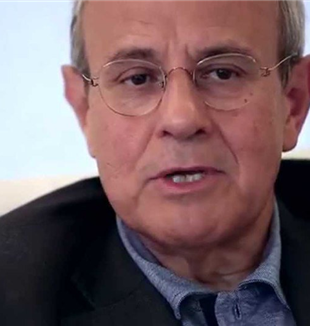 Julián Carrón, the leader of the Communion and Liberation Movement is marking 10 years in his role. He has recently released a book, which was presented this month in the Vatican by the author together with Cardinal Jean-Louis Tauran, president of the Pontifical Council for Inter-Religious Dialogue, and the President Emeritus of the Chamber of Deputies, Luciano Violante.

At the event, ZENIT met with Don Carrón who spoke about his latest editorial effort, evaluating his 10 years at the head of the Movement and of filling the shoes of Don Luigi Giussani.

ZENIT: Don Carrón, can your book be considered a sort of summa of your 10 years as President of the Fraternity of Communion and Liberation?

Don Carrón: Indeed. It is an attempt to share our experience with many other persons that are facing the same challenges. And perhaps the path we have followed might be useful to others.

ZENIT: What do you mean when in the first chapter, you speak of a “new beginning”?

It is an expression that I took from a text of Benedict XVI, in which the Pope Emeritus recalled how in the period of the Enlightenment, after the wars of religion, the great European unity was in pieces. It was thought that those values shared by all Europeans, the values of the Christian tradition, would be able to remain as foundation of that “new beginning” but outside religious conflicts. It was thought that in this way, separating them from the religious elements, these values could last. After a few centuries, we see that, as Pope Benedict himself recognized, this attempt to preserve forever values shared by all, failed.

ZENIT: Instead, what is intended by “truth in freedom”?

Don Carrón: It is a notable step forward in the Church’s self-awareness. In a famous address to the Roman Curia in 2005, Benedict XVI addressed some of the fundamental issues of Vatican II, among which was religious freedom. In that session the Church reflected on the relation between truth and freedom. The claim of freedom is a very modern question and the Church did not arrive at religious freedom simply because she was unable to convince people of the truth of Christianity but because there is not relation with truth, unless there is religious freedom. This is an aspect of how we Christians can offer truth, which is crucial. Therefore, the title of my book makes this suggestion for an age such as ours. Only if man finds disarmed truth, without any external power that is not truth itself, the attraction of truth can be adapted to modern sensibility and to the only authentic relation with truth, which is freedom.

ZENIT: What evaluation do you make of your ten years at the head of Communion and Liberation?

Don Carrón: These ten years have been a fascinating adventure for me and a grace for all of us, because of all the challenges that we have had to face, which in fact are everyone’s challenges. There was for us the possibility to verify how precious was what we received from Don Giussani to address these situations and it gives us the ability to understand the phenomenons we are witnessing, without succumbing to confusion, suggesting to us how to address them, to the point that we ourselves are astonished.

Don Carrón: Don Giussani was always a father for me, although I did not meet with him often, because I live in Spain. However, his writings were decisive for me for a way of being in reality, which was marked by the relation with him and with all that he proposed, especially as a way of conceiving Christianity, as Christian proposal, as possibility of verification of the faith. All aspects that are crucial, at a time such as this.

ZENIT: The media has often talked about an alleged “religious turn” of the Movement under your leadership, after many years of political and social commitment. How much truth is there in this?

Don Carrón: When we were in an audience with Pope Francis last March 7, we asked him this question. And we received an answer that is in the same line of what we always tried to do. Because of the condition we received, we do not intend to give up our commitment. Christianity has to do with all the aspects of the real: from work, to the family, to culture, to politics. We have no other way of conceiving the faith. As Saint Paul says: “whether we wake or sleep we might live with Him” (1 Thessalonians 5:10). Therefore, God has to do with everything. We don’t want to give up our commitment in society. However, to be able to do so, the Pope said, we must be certain of Christ, or — to say it in Don Giussani’s words — there must be “personalization of the faith.” Therefore, Communion and Liberation is moving towards this personalization of the faith, which enables it to be in the real with the novelty that Christ introduces in life.

ZENIT: In particular, how should the challenges of the family be lived by Christians today?

Don Carrón: If the faith is truly lived seriously, it is able to meet all the desire of fullness that a person desires when not finding another. If love is able to be something more than an explosive and brilliant beginning, then that love can last forever. This is the contribution that Christianity can give the family as to so many other aspects of life.