...“These things are hard to understand. There is no justification for such things. This is not human.” (Pope Francis in a phone interview with TV2000, the official network of the Italian Bishops’ Conference)
Fr. Julián Carrón, President of the Fraternity of CL, made the following statement, “The evidence has been placed in front of our eyes: each of our lives is hanging by a thread, and we could be killed in any moment in any place, in a restaurant, at the stadium or during a concert. The possibility of a cruel and violent death has now also become a reality in our cities. The events in Paris, therefore, put us in front of a decisive question: what makes life worth living? It’s a provocation that none of us can avoid. The search for an adequate response to the question of meaning in our lives is the only antidote to the fear that overshadows us as we watch the images of the past few hours on TV. This is the foundation that no terror can destroy.” 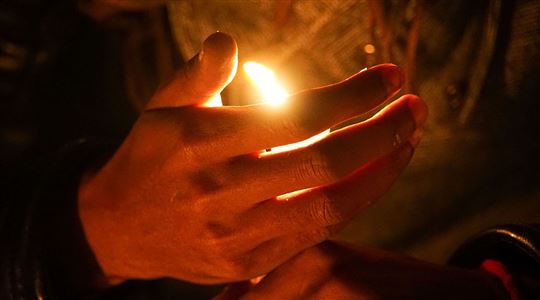 “We ask the Lord to allow us to face this horrible challenge with the same sentiment that Christ had, never letting Himself be defeated by fear. ‘When they hurled their insults at him, he did not retaliate; when he suffered, he made no threats. Instead, he entrusted himself to He who judges justly’ (1 Pt 2:23). By keeping our eyes on this Presence, we will be able to look even death in the face, beginning with those who lost their lives in Paris; we will be able to offer our children a meaningful hypothesis for facing such massacres and for returning to work Monday morning, for continuing to build a world that achieves the stature of our humanity, with the certainty of the hope that is in us.”

With these words, Fr. Carrón invited all of the friends of the Movement to participate in the moments of prayer being proposed by the various dioceses, in unity with the Pope and the entire Church.