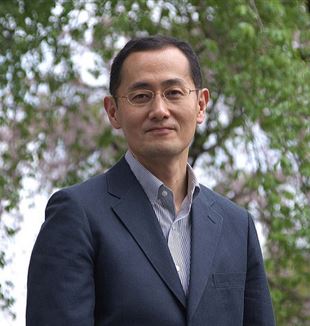 He was so clumsy that they nicknamed him “Jyamanaka.” It was just one letter added to his last name, Yamanaka. But “jyama” in Japanese means “to disturb,” “to bother.” He, a young orthopedic surgeon who took two hours to perform a 20-minute operation, put up no resistance: he acknowledged it with an elegant bow of his head, the same gesture he now uses in public since winning the Nobel Prize in Medicine.

Shinya Yamanaka is an orthopedist who debunked a dogma of science: that the cells of a human being, once adult, cannot return to their “childhood” state, that is, able to transform themselves into many different types of cells. Instead, he “rejuvenated” them, creating induced pluripotent stem cells (or -iPS cells): adult cells that are reprogrammed, and thus brought back to the state of embryonic cells. Now the medicine books need to be rewritten, and that’s no figure of speech.

It was his father who encouraged him to become a doctor, despite the existence of a family business: a small factory that made spare parts for sewing machines in Osaka. At age 10, when his family moved, the skyline changed to that of the Buddhist temples of Nara, on the island of Honshu. Along with his father’s support, judo and rugby were contributing factors in his decision to enter the medical field. “I went to the hospital more than 10 times for injuries. It was natural that orthopedic surgery came to interest me”–as natural as the realization, later, that he was not cut out for the job. “I had no talent. I would not have been useful to the patients like that.” The impotence of surgery in front of untreatable diseases bothered him, as well. “He started to doubt his vocation. He realized that, much as it was a lifesaver, surgery did not resolve the persistent mysteries of medicine,” explains Prashant Nair of the journal, Proceedings of the American National Academy of Sciences. So, after his graduation from Kobe University and two years of residency, Yamanaka left the clinic for the laboratory, earning a doctorate in Pharmacology from Osaka City University. “But I always felt myself to be a doctor,” he says today. His thoughts are constantly of the patients: “My objective is to bring stem cell technology to hospital beds.”

It was in stumbling upon an article about knockout mice (in which a gene has been inactivated–knocked out–and replaced with an alternate piece of DNA) that he became fascinated by genetics. And so he moved to the United States, despite having no contacts there. He sent out 30 letters to universities and specialists whose names he had seen in journals, looking for a post-doctoral position. The only response came from San Francisco’s Gladstone Institute. There he focused on transgenic mice: “The goal was to master the techniques for generating them.” But the discovery of a strange enzyme, Nat1, suddenly drew all of his attention. It was fundamental to the differentiation of embryonic cells in mice, but how it worked was unknown.

Looking for a place. Before solving this mystery, Yamanaka had to leave everything. The year was 1996: “I would have liked to stay in the U.S. forever, but my wife wanted a Japanese elementary school for our daughters.” Reality was calling, and so he returned to Osaka, bringing some knockout mice with him. Already, embryonic cells “had ceased to be an instrument of my research; instead, they had become the protagonists.” He wanted to understand how they were directed to adopt specific “destinies,” becoming heart cells, liver cells, or brain cells. But the academic world’s response to his project was lukewarm. At the time, interest in stem cells was still weak, and few people could understand his research. In 1999, the only place he found was at the Nara Institute of Science and Technology–a very small laboratory with three people, and lacking a university hospital from which to get the embryonic cells. From here, in just seven years, he would reach the objective that changed the history of science.

Yamanaka did not betray the advice that a professor in San Francisco had given him: “It takes vision and hard work.” He never shirked his work, but in order to have a clearer vision, it took a chance visit to a friend, in a fertility clinic. While they were talking, his friend showed him an embryo through a microscope. “When I saw the embryo, I suddenly realized there was such a small difference between it and my daughters,” he would later say in an interview with The New York Times in 2007. “I thought, we can’t keep destroying embryos for our research. There must be another way.” It was not an ethical preoccupation, or the choice of a position, pro or con. Nothing of the sort. In looking at reality, he saw into the depths and understood where to “stop”–a limit that broadened his intelligence. “He did a massive job, enormous. The logic that he overturned was well-established and, because of this, he was an adventurer. Everyone thought that it was impossible–including me,” Piero Carninci of the Riken Institute of Yokohama told Traces. Carninci is among the leading experts on the genome project. He and 190 other collaborating scientists were responsible for the mapping of human DNA. “Yamanaka is an energetic and determined man. He never listened to the naysayers, and this teaches something to all of us. You can’t live by accepting something just because it’s always been said to be that way. His work proved all of the previous studies wrong; he had an intuition and gave credence to it. It’s easy to relate all this now, but it was a very difficult experience. He had to work continually through confrontation, challenging everyone else on the fact that there is a reality that is different from the one that they were seeing.”

The adventurer. At 50 years old, he doesn’t show his age. He loves sports and dresses casually, “very timid and bashful; he speaks softly, looking down,” according to the International Balzan Prize Foundation. He doesn’t go on TV, speaks only of his work, and if the conversation strays, he brings it right back there. He knows that he has become an “ambassador” of his country, and because of this, the government protects his research and image, requiring an extremely complicated protocol when he travels abroad. He never fails to thank his homeland, also for its strong financial support. And when he lets something slip, unusual in the Eastern academic world, he betrays a certain nostalgia for America, which he never denies. “There, no one was interested in my past, in what I had or hadn’t done. Renowned scientists spoke to me with no problem.”

The first results of his research amazed the scientific world at a conference in Toronto, in 2006: they demonstrated that even adult cells maintain, in a latent form, the unlimited potential that they had in the embryonic state. His undertaking was to find the genetic formula that reawakens that potential. And with the publication of his studies in Cell, that same year, Nobel rumors started to circulate. However, he was surprised when the call came one Sunday morning, last October 7th, interrupting his chores. His country was ready: in very little time, programs and reports were on the air and online. The photos were always the same: Yamanaka in a lab coat with his slides. A “workaholic” by his own admission, he is in the lab for 12 to 16 hours a day, and is well-known on campus for eating lunch quickly and alone, only to eat dinner with his team, but in the laboratory, at night. When asked for the secret of his success, he says only that he has “a great propensity for risk.” But he adds that things have gone well for him: “I know scientists who work harder and who are more intelligent than we are. We were extremely fortunate.”

“We” refers to himself and his collaborators, who are around 25 in number and all young, recent graduates or post-docs. It took five years just to select the genes that could induce pluripotency–with hundreds of candidates, the number of possible combinations was almost infinite. In the end, the 24 most promising were chosen. “It was almost like buying a lottery ticket,” he says. “I had the good fortune of buying the right one.” Only four of these demonstrated an almost magic ability to reset the developmental clock in mouse cells. Then, the challenge was to reproduce the reprogramming in human cells. It failed for months. Yamanaka went by trial and error, making the tiniest of changes that worked, little by little, until he saw the transformation. From there, he had new steps to take, like eliminating the Myc gene, which can cause tumors. And there is still much to be discovered. One of his first comments on the Nobel announcement was, “My work is not done.”

Mysterious factor. Yamanaka’s solution includes the steps of those who preceded him. Back in 1962, the year Yamanaka was born, John Gurdon, the other Nobel Prize winner with him, created some frogs in the laboratory by using nuclear transplant. From there to here, it is a trajectory of approximations, in which researchers long suspected the existence of a mysterious factor, able to reprogram the nucleus of a cell. But it remained elusive, until Yamanaka.

While calendars are being printed in Japan with the historic date of the Nobel, “he won over public opinion and changed the attitude toward basic research, which was always subordinate to the applied variety,” Carninci concludes. Although therapeutic applications remain to be seen, “a new scientific era” has dawned, “in the wake of the work of one man,” according to biologist Angelo Vescovi.

Yamanaka will go down in history for a vision of nature. The inspiration that he had while looking at that embryo under the microscope was not an ethical move. If anything, instead, ethics comes from looking at reality. It was a simple fact, which he received and which then became a powerful hypothesis. In a homily in 2008, the American Cardinal Justin Francis Rigali cited Yamanaka: “If God can use a helpless embryo to change a human heart, He can certainly use us, with all of our limits and weaknesses.”