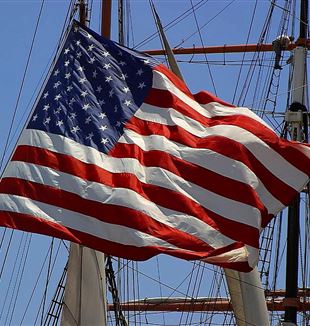 These ten years have been difficult for Americans. The nation has fought two major wars and many minor ones. The economy experienced its worst contraction since the 1930s, and unemployment remains high by historical standards.

The nation also seems more divided than ever, its politics riven by animosities that preclude self-interested compromise much less a vision of a common good. Surely the past ten years have seen a decline of the American Dream for the citizens of the United States. It might be interesting to examine whether Americans generally still believe in that idea. In the fall of 2010, John Zogby and Sandra Hanson, two renowned students of public opinion, published Attitudes about the American Dream, a survey of polling on this topic. I quote from their conclusion: “Poll data show that the Dream is more about spiritual happiness than material success for most Americans (although the percent stating ‘material success’ is on the increase).” Many will find this conclusion surprising. After all, Americans are supposed to be materialistic to the core. Other polling support this conclusion. Just this year, a survey sponsored by the Pew Charitable Trusts found that 68 percent of Americans say “they have achieved or will achieve the American Dream”–consistent with Zogby and Hanson’s findings before and after September 11th. If the American Dream concerns spiritual rather than material satisfaction, Americans may hold on to it even during difficult economic times. Americans may also culturally tend toward a material and spiritual optimism alien to the status-bound nations of Europe.

The American Dream was also a hope that hard work and opportunity would lead to success, however defined. Again, Zogby and Hanson conclude: “Most Americans were satisfied with the opportunity to get ahead in the United States by working hard. There was, however, a growing minority of Americans dissatisfied with this opportunity.” Over the past decade, some people who had worked hard lost out. But for most, the Dream remained alive, which is remarkable when you consider how challenging the past ten years have been. Another dream has not done so well. Friends of active federal government hoped its achievements would win over Americans who had long been skeptical of the welfare state. Data suggest that dream is fading.The most notable difference before and after September 11th concerns public trust in the federal government of the United States. The American National Election Studies database shows that public trust in the federal government rose steadily from 1994 to 2000. In 2002, pollsters found an additional sharp increase in public trust in the federal government, a rallying-around-the flag effect often observed in times of national distress.

From 2002 to 2008, however, ANES found an equally sharp decline in such trust. This decline has continued under Barack Obama. Polling in 2010 found historical lows in trust in the federal government. Obama promised much in 2008, a break with the past that would foster national renewal. Abroad, he has delivered the Bush status quo plus an additional war in Libya. At home, he has increased the size of the federal government by more than 20 percent while running up debts that truly threaten the American Dream.The American people still believe in the American Dream. They still believe in their ability to achieve it, partly because it has a spiritual dimension and partly because Americans believe in an economy that rewards hard work. Americans have lost faith in their national government. That lack of confidence seems quite rational since national leaders have promised much and delivered little. The American Dream lives on but the American alliance with Leviathan may be coming to its end.

*John Samples is Director for Representative Government, The Cato Institute