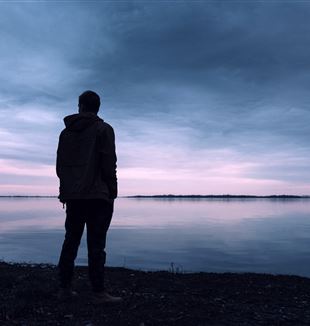 A decade is a very short time in which to evaluate historical events. This limitation is particularly true when thinking about the impact of a particular day on a notion as enduring as “the American dream.” That dream has taken on many forms over the last three centuries. It has meant freedom to worship in a self-chosen way, freedom to enjoy the material abundance of a new land, freedom to be governed by institutions whose sovereignty derives from those who are governed, freedom from the want of Irish hunger or central European serfdom or Latin American poverty, freedom to push the creative boundaries of the arts and sciences, and many other individual and collective dreams. No phrase has ever captured this dream better than the hope for “life, liberty, and the pursuit of happiness.” While the 9/11 attacks ruined many lives, the effects on these varied manifestations of a common dream have been minimal.

Historical analogies are always dangerous, but a couple of recent examples may provide perspective. In 1951, ten years after the attack on Pearl Harbor, the United States had participated in the defeat of Nazi Germany and the Japanese Empire.

In its immediate aftermath, the United States had pulled back from its overseas deployments in hopes of resuming its pre-war condition. It had quickly found that its global responsibilities were great and its capacity to shape peace and defend against Communist conquest irreplaceable. Ten years after Pearl Harbor, the United States had committed itself to the long-term defense of Europe in NATO, was establishing other military alliances elsewhere, was building a set of political and economic institutions ranging from the United Nations to the Marshall Plan to the World Bank, was beginning to deal with the nightmare possibilities of nuclear-armed adversaries. No one in 1941 could have conceived of what the next decade would bring, and no one in 1951 would have suspected all that would unfold in the subsequent 60 years. But the American dream persisted.

In 1969, the United States successfully landed men on the moon, an astonishing technological achievement that had been motivated by the need to demonstrate that free societies could accomplish such feats better than totalitarian regimes. But already in 1969, American society was in the midst of fundamental change and dissatisfaction, and many experts estimated that the Soviet Union was growing stronger as we were growing weaker. Ten years later, the country had withdrawn from Vietnam, been jolted by the 1970s oil crises and inflation, and was preparing to elect Ronald Reagan to restore some measure of confidence. Twenty years after the Apollo 11 landing, the Berlin Wall fell. The American dream persisted. While it is right to associate the dream with its imperfect but substantial flourishing in America, it is not exclusively American. People everywhere and always want to be happy in the most fundamental and transcendent ways. Ten years after 9/11, we see the Arab world convulsed–not necessarily in pursuit of Western human rights, but at least against oppression and imposed poverty. 9/11 was a reminder that there is a profound choice between a culture of life–the freedom of the person, ordered reality, and absolute truths–and a culture of death. These cultures do not align themselves along national boundaries over time, and advocates of both are present at all times. The threats to the dream may take the form of terrorist attacks or totalitarian threats or quiet advances on the part of cultural nihilists. Ten years after 9/11, we are tired of the wars in Iraq and Afghanistan that came out of those terrorist attacks. The larger question is whether we are tired of the struggle for the culture of life.

*Joseph Wood is a Senior Transatlantic Fellow at the German Marshall Fund. and Director of International Defense and Security Strategy at BAE Systems, Inc.