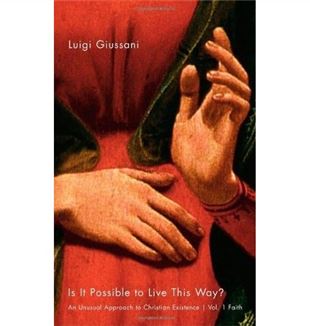 It is not that common for a “cultural event” to fill a nine-hundred-seat hall, leaving some fifty more people following the conference from outside. Come to think of it, it all seems even more extraordinary given that the event was held in New York City, a place where every single day there are as many lectures as the rest of the country put together sees in a month. Yet “Can Faith Broaden Reason?,” the conference promoted by the Crossroads Cultural Center and by Communion and Liberation, was able to attract that large a crowd. It was a somewhat expected result–given the level of the panelists and the fact that the event took place during the annual gathering of the North American Diaconia in Jersey City–but only to a certain extent. Entering the Skirball Center at New York University, in the heart of Greenwich Village, one was confronted with a fantastic view: every corner was alive with people and a great sense of expectation. Julián Carrón was at his first “public appearance” on American soil since he succeeded Msgr. Giussani. Beside him on the stage were Robert Pollack, Professor of Biological Science at Columbia University, and Joseph Weiler, Professor of Law at New York University. Monsignor Lorenzo Albacete, a theologian and a columnist, lead the discussion. The event was organized in preparation for the upcoming publication of the English edition of Is it Possible to Live This Way?, by Father Giussani, whose underlying theme is once again the relationship between faith and reason, between knowledge and experience. Ever since Regensburg, up to the cultural and social disappointment of La Sapienza, this has been the theme of life and of the history of humanity, as the Pope alone has been able to affirm. The method of approach was clear from the start, as Christopher Vath opened the conference performing Brahms’s “Intermezzo” Op. 118 No.2, followed by Msgr. Albacete who, after using a quote by then-Cardinal Ratzinger to describe Communion and Liberation’s love for beauty and music, compared the 200,000 people gathered in St. Peter’s Square in solidarity to Benedict XVI to the crowd filling the Skirball Center, all facing the same challenge of “Faith and Reason.” And so it begins.

The first to speak was Dr. Pollack, who asked, “Can faith broaden reason?” “Yes” is his immediate answer, “anything else can only be a comment to this statement.” Being a man accustomed to pondering his own experience, he described the mysterious adventure of reason and knowledge among that which is unknown and that which is unknowable, and he stated that progress in science–at the service of free will–is possible only in the moment when what is unknowable is revealed. Dr. Weiler is not the kind of man to shy away from challenges either, especially the one posed by scientism. He affirms that we surrender too much to a conception of reality according to which what cannot be explained by science cannot be the object of a rigorous inquiry. Why don’t we respond to the challenge on faith-related issues? Because we give in to scientism. After describing and supporting the reasonableness of certain forms of expression of the Jewish faith, Professor Weiler concluded by underlining how the Pope, in the Regensburg address, radically submitted his own faith to reason. The last speaker was Julián Carrón, who offered his contribution in English, which he had recently mastered just for this event. “Faith cannot be reduced to feelings and ethics,” said Carrón, once again quoting the Pope’s Regensburg address. He went on saying that the modern world gave up the search for truth and this is the great weakness of Western civilization. Then, following, step by step, the trajectory laid out by Father Giussani, he described the main characteristics of the Christian faith: it starts from a fact that has the form of an encounter that is exceptional in nature, and cannot but provoke an awe-filled question: “Who is this man?” He concluded by inviting everybody to a common journey, following the path and the method proposed by Is it Possible to Live This Way?.