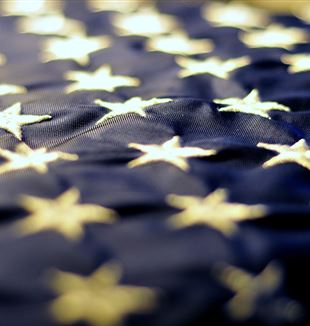 The month of September saw the occurrence of an event of great concern: mass protests and violent attacks against Christians in response to Pope Benedict XVI’s speech in Regensburg, Germany, in which he criticized the Western marginalization of faith and called for a countering of this trend by inviting a reasoned dialogue between religions. The secular diminishment of faith through the reduction of reason and the spreading of violence in contradiction to God have become increasingly strong provocations to all peoples of the world. The Pope’s talk reminded us that true reason culminates in the ultimate questions about life, and that these questions form the basis for dialogue.

A different approach
The incidents surrounding the Pope’s talk serendipitously provided a fitting backdrop as over one hundred New Yorkers gathered on the evening of September 19th at Columbia University for a panel discussion sponsored by the Crossroads Cultural Center entitled, “Iraq, the Middle East, the War on Terror: A Different Approach to U.S. Foreign Policy–Reflections on The Good Fight by Peter Beinart.” Our conversation was moderated by Msgr. Lorenzo Albacete and was led by two intellectuals at the forefront of American liberalism: Peter Beinart, editor-at-large of The New Republic and author of The Good Fight, and Paul Berman, senior fellow at the World Policy Institute and author of several books, including Terror and Liberalism.

Msgr. Albacete immediately set the tone for the evening when, identifying the purpose for which we had gathered, he stated that we must “grasp what is real [so that we might learn] to follow its implications.” One implication that revealed itself to us was that the source of “the crisis” (what has been called “a clash of civilizations” by some commentators) is the inability to have conversations between cultures because of the diminishment of our freedom.

A constant struggle
Peter Beinart identified one cause of this diminishment of freedom when, echoing Fr. Giussani’s exhortation against ideology, he explained how noble instincts that extend beyond our limited human capacity can invert themselves and become destructive. This is why Beinart believes that we, as Americans, must engage in “a constant struggle against our own capacity for injustice” and must not view Democracy as a “finish line” we have crossed but, rather, as something worked out through time in our individual and collective history.

How, then, do we wage that struggle, while at the same time reawakening our diminished freedom so that true conversation may become possible? As members of the Church, we know the totalizing answer to be Christ. But in the political realm, in a pluralistic society, what can be our starting point?

In the face of nothingness
Paul Berman pointed the way toward an answer when he declared that “there is an ‘it’ to argue about.” Berman drew us closer to what this “it” might be when he identified as the basis for cross-cultural dialogue something addressed by the Pope in Regensburg: the loss of meaning at the hands of a self-repressed technological society that has opened a chasm between the spiritual and material. This, Berman noted, is something all religions and people struggle against. That is to say, then, the “it” which Berman has acknowledged is what Fr. Giussani has been calling us to constantly–the desires of the heart in the face of nothingness.

In the final analysis of the evening, Msgr. Albacete called us back again to the central theme, highlighted by the speakers and made visible through current events: the only possibility for dialogue between cultures starts from an experience that all people have in common, independent of their particular religious convictions–an experience that guides reason and enables us to judge our lives. This point of common encounter, this experience, is the heart that cries out against the gathering nihilism of our age.

PAUL BERMAN
Paul Berman is a noted writer on politics and literature. His books, which have been translated into fourteen languages, include A Tale of Two Utopias (1996), Terror and Liberalism (2003; cited in Without Roots by Pera and Ratzinger), and Power and the Idealists: Or, the Passion of Joschka Fischer and its Aftermath (2005). He writes for The New Republic (where he is a contributing editor) and Dissent (where he is a member of the editorial board), as well as for The New York Times Book Review, The New York Times Magazine, and a variety of other journals in the United States and elsewhere. Currently, Mr. Berman is a writer in residence at New York University. He has been a MacArthur fellow, a Guggenheim fellow, a fellow at the New York Public Library’s Center for Scholars and Writers, and a Bosch fellow at the American Academy in Berlin. His anthology of Carl Sandburg’s poetry is scheduled to appear in fall 2006 from the American Poets Project of the Library of America.

PETER BEINART
Currently editor-at-large for The New Republic, Peter Beinart was editor of the magazine from November 1999 until March 2006. He writes TNR’s weekly TRB column, which is reprinted in the New York Post and other newspapers. His monthly column for The Washington Post is distributed by its syndicate, and he is a contributor to Time, where he regularly writes the “Essay” on its back page. He has also written for The New York Times, The Wall Street Journal, The Financial Times, The Boston Globe, The Atlantic Monthly, Newsweek, and Reader’s Digest. Mr. Beinart appears regularly on a variety of television and radio shows, including CNN’s “Paula Zahn Now,” “Newsnight with Aaron Brown,” and “Inside Politics,” and NPR’s “Morning Edition” and “To the Point.” He provided commentary for CNN from the 2004 Democratic and Republican National Conventions. Mr. Beinart also speaks widely before business, religious, and university audiences in the United States and abroad.