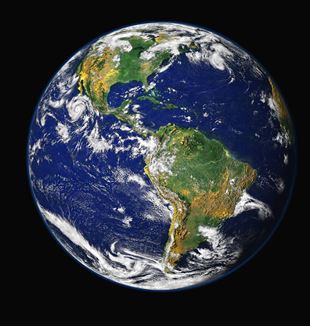 Many have asked me to comment on the debate concerning the ability of science to detect an “intelligent design” in its study of nature, particularly the evolution of the species culminating in man. Religious conservatives (mostly Protestant Evangelicals and some Catholics) are insisting that the “scientific” view of “intelligent design” be taught to students in the public school. This is of course being resisted by those who see it as an intrusion of religion in the public school curriculum, as well as those who appeal to science to justify a cultural agenda hostile to faith.The debate on intelligent design in the United States is thus more a political struggle than a scientific or religious debate. It originates in the efforts of Protestant Christian believers to resist the political power of the radical secularists who appeal to neo-Darwinism to justify their political policies. It would seem that, at least theoretically, Protestant fideism would not care about what science holds or does not hold, since for fideists faith and reason are split. But what to do when an anti-faith ideology with a cultural agenda gains political power and appeals to science to support its view of what it means to be human? “Intelligent Design” is an attempt to respond to this cultural challenge. It represents an attempt to reconcile science with the Protestant view of faith and in some way escape from the limitations of fideism. Ironically, this response surrenders too much to science by letting science be the norm of what is ultimately affirmed as the ultimate, defining truth about man’s origin and destiny. The Catholic approach to this issue starts from a completely different point. Catholics insist that there is no opposition between properly understood views of faith and reason. Reason does not clash with faith, provided we do not equate reason to the method of scientific inquiry. The scientific method is a particular application of reason that seeks to understand the relations of causality between events that are purely material and measurable. The spiritual or non-material dimension is excluded from this method from the very beginning of the inquiry. Reason, whose power lies in its openness to the totality of all the factors that constitute reality, is thus restricted in its scope. An event or a series of events examined from this limited perspective will show no evidence of intelligent design, since intelligent design betokens freedom and purpose. The Catholic affirmation of the ability of reason to grasp an intelligent design behind reality does not depend on the results of such a scientific method. We do not require that science, understood this way, show evidence of intelligent design in order to affirm that a reasonable gaze at reality points to design or purpose and providence. The current debate is framed within a view of reason that is not our view. Reason can grasp intelligence behind reality, but our Catholic faith grasps Love as the ultimate ground of all that exists and man as the creature created to freely respond to that creative Love as the “self-consciousness of the universe,” so to speak. However, it is not to science that we appeal to make this affirmation, but to reason enlightened by faith.