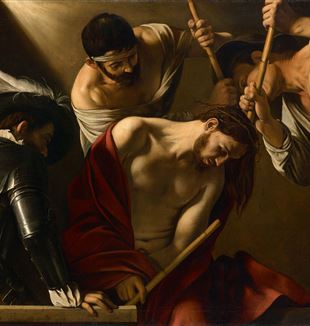 Most of us, I would guess, would say that God comes before the State; God created us, not the State. Unfortunately, much of the history of the West is the history of the State placing itself before God, of the State trying to create man, like the Nazis who tried to construct the perfect race and the Communists who wanted to create the new socialist man. And we have seen that whenever the State tries to create man in its own image, it must destroy the man whom God created in His own image. Dachau and Gulag are not horrific exceptions. They are the logical outcome of that ideology.… Only subjects have rights. Objects do not. A State that treats man as an object, that seeks to coerce him into becoming something he is not, not only denies the person his rights, it denies him his very humanity.…

America and Europe are the two factual and political entities upon whom the defense and the furtherance of Western civilization rests. America was the child of Europe, and in some ways, Europe has become the child of America. Since we are a family, it is right to examine how well we are doing in the task handed to us by history.

Statism as the Enemy of the Person
By no means were Americans perfect in the execution of these Christian values. But, generally speaking, when Americans tolerated an evil such as slavery that was in contradiction to its Christian principles of freedom and equal dignity, Americans knew it was a contradiction and indeed fought a civil war over it. Much of modern Europe’s history is, I believe, a story of alliance between secularism and a State at war with the underlying Christian civilization. Unfortunately, that has reached American shores too. The courts, the media, and the intelligentsia typically ignore religion or declare it an enemy of freedom, not, as it is, a source of that freedom.

Well, if statism is the opponent of the Christian grounding to civilization, what is the enemy of natural law and its assertion of firm permanent goods to the human person, such as life, truth, beauty, and friendship? Some say it is materialism, greed, the thirst for pleasure that threatens civilization. And if Europe has been the home to a statism that has set its face against religion, certainly America is the source of so much of this materialism.…

The Relativist Virus and Pragmatism
The reason that excessive materialism is a threat to our civilization is because it is based on moral relativism…, which holds that there are no truths outside of what I choose them to be. Moral relativism is the acid that dissolves friendships, marriages, families, communities, beauty, truth, and life itself.

In the United States, that moral relativism began with a small group of intellectual “freethinkers,” as they were called, in the midnineteenth century. It ripened into pragmatism late in the century, and eventually found its way into the heart of the educational system through the writings of John Dewey. A second intellectual movement, social Darwinism, literally treated people as objects, and influenced intellectual opinion until World War II. Finally, the importation of post-modernist writing from Europe has had a disastrous effect on the ideology of the intellectuals….

The First Battle: For Education
But the people know that they are subjects and not objects. The people, with free institutions, are organizing to save the basis of Western civilization. In America, the secular-dominated education establishment is losing its monopoly. Over a million American children are now educated at home, mostly by devout Catholic or Protestant parents. States are allowing state-funded charter schools to open or, in some instances, giving financial vouchers so that poor parents can send their children to private, usually Catholic schools.… The battle is only now begun, and the result is not certain.

I am not enough of an observer of Europe to tell if changes are on the way. But I do note that the strength of this very movement of Communion and Liberation shows the welling up of strength to revivify Western civilization. I admire the manner in which it seeks to strengthen the bonds among people, its opere [works], and its sense of horizontal and subsidiary connections, not the vertical kind that only leads to some State official. More than anything, Communion and Liberation stands for a central rock-solid truth, that man is a subject, and that it is his mind, his conscience, and his decisions that should define his life.

But this is a war; there is no doubt about it. In America, we call it “culture war.” …
(Transcript of notes not reviewed by the author)