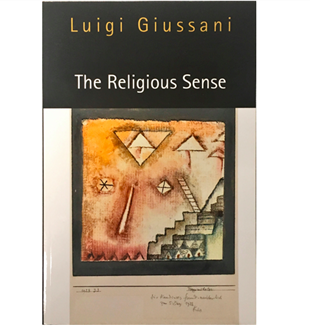 In 1995, in front of this International Assembly during a gathering of all the groups in North America, a challenge was launched: “What Father Giussani has taught us must be communicated to everybody, in all languages.”

I have to admit that in the beginning it seemed to me to be a strange challenge. But I also knew that even if it seemed strange, it was true, because I understood that for me, the meeting with Father Giussani was the encounter of my life. So, in October of 1995, I went to see Philip Cercone, Director of McGill-Queen’s University Press, where I work. Cercone had published some of my books and his wife had edited one of my publications. That afternoon I started off by saying, “Philip, I don’t know if you know that I belong to a Catholic movement called Communion and Liberation.” He replied, “Yes, yes, I know, I’ve heard.” “But do you know anything about this movement?” “Not very much.” I talked to him for two or three minutes, explaining what I could, and concluded by saying that Fr. Giussani’s books were suitable for a university press. He immediately said, “Yes, yes. It would be very interesting.” He had just come back from the Frankfurt Book Fair and had seen some of Fr. Giussani’s texts. He didn’t know him and had never read his books, but he had seen them. He said he didn’t see any problems with their publication.

We started working on the version of The Religious Sense published in 1990, and we corrected it. There were numerous corrections, in terms of the accuracy of the translation and style, and then there was the enormous job of the notes.

Another interesting aspect was the choice of a cover. I had 24 hours to choose. I recalled that when Fr. Giussani was in Montreal, he had looked at a Paul Klee print that he liked very much, so I thumbed through fifteen books on Klee in search of pictures that might go well on the cover.

And then there was the best part: working with the editor, who was Cercone’s wife. She was the first person in the English-speaking world who told me that the book was accessible in English, and added, “I would use it to prepare my son for Confirmation.” It was truly wonderful working with her (a collaboration that continued for the next two books). She was afraid of betraying what Fr. Giussani said. We would spend days reading sentences she wasn’t sure about, and we did what amounted to negotiations: “Let’s go for accessibility, let’s go for fidelity,” and we always tried to go in the direction of accessibility, without ever betraying Fr. Giussani’s thought. A few months later, Philip called me and asked me to work part-time with him, cutting my work in the History Department in half. This allowed me to have control over the work on Fr. Giussani’s books, and also, for example, to choose Colleen, Philip’s wife, as editor.

But that period was also very busy, and I kept asking myself, “Why am I doing this?” I had not asked to do this job and I had not even been chosen to do it, but circumstances had brought me to it. Either I did it or the work would not go forward.

How did I understand that it was worth it? I had no doubt about the importance of making these books known, but everyone was talking about their “inaccessibility” and I was wondering if what they said could be understood in English. Certainly, Colleen consoled me greatly when she said that the book was accessible, but what convinced me was Fr. Giussani himself and his approach to the whole thing. I remember that he kept asking me (he must have asked me ten times), “Tell me again how this business of the books started,” and he wasn’t asking me because he didn’t remember (because he remembers things much better than I do). One time he said to me, “Look, you’re at the origin of this business of the books,” then he stopped and added, “No, I’m at the origin of this business of the books,” and then, “No, the Lord is at the beginning of this business of the books.” And in that instant I understood that I had to do as he did, enter into his way of looking at things—that is, see this business of the books as a mystery. The fact that I was there doing that job was a mystery; the Lord had chosen me. When I met Anna Lidia years earlier, when I married my wife, when I got the job in Montreal, at McGill, it was precisely so these books could be known throughout the world. Why are these publications important? I will answer on two levels, the second a more personal one.

The publication of the book by a university or academic press is like a seal, a recognition of cultural value. Then, the fact that this is happening in the English-speaking world—which is the one, shall we say, that is economically and culturally the strongest–is extremely important. But, as Philip reminds me constantly, books don’t sell themselves, and the work of a tiny handful of people in many North American cities for the first two books, which culminated in the two presentations at the UN, was not only a very efficient job of publicity, but also a truly moving witness to how people can move when they have met the ideal made flesh.

The Religious Sense has sold almost 11,000 copies, and the second book 4,500 already. To give you an idea, for an academic press a book that sells about 2,000 copies is a good one. Why was the publication of these books important for me also on a personal level? I was able to make a very explicit declaration within the university of who I am. Before, they knew I was Catholic and that I had something to do with some group in the Church, but nobody understood very well. Now, instead, everything has become more explicit with these books; people are more or less happy about it, but it was much clearer who I was, and much easier to say.

Through these books I learned to give greater value to my relationships with colleagues, starting from a genuine affinity: with Philip, with my dean, with some members of my faculty. Some colleagues, both Catholic and non-Catholic, have respect for me precisely for the fact that I am attached to this story, and they ask me to take on certain responsibilities just because of this. For example, recently in my university we have launched a program of Catholic Studies, and my colleagues asked me to be the point of reference for this project.

I have understood that creating the Movement is not a task of “organizing” the community, but of living the relationships with everybody, even where there is a minimum of understanding or fellow-feeling. Thus these colleagues, even without coming to School of Community, participated in some way in the nature of our experience, in the relationship with me and my friends.