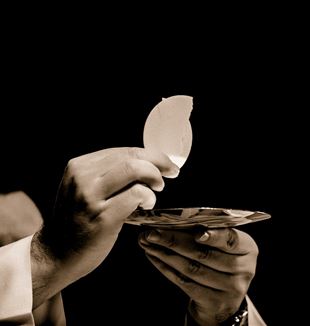 In the lively contemporary debate on the relationship of Christianity to other religions, the idea is growing that all religions are equally valid ways to salvation for those who follow them. This is a conviction that is widespread by now not only in theological circles, but also in increasingly broad sectors of public opinion, both Catholic and non-Catholic, especially those areas most influenced by the cultural tendencies prevalent in the West today, which can be defined, without fear of contradiction, using the word relativism.… Our Document indicates certain presuppositions of both a philosophical and a theological nature that underlie the differing theologies of religious pluralism currently circulating: the conviction of the ungraspability and inexpressibility of divine truth; relativistic attitudes toward truth itself, according to which what is true for some would not be true for others; the radical opposition posited between the logical mentality of the West and the symbolic mentality of the East; the overdone subjectivism of those who regard reason as the only source of knowledge; the metaphysical emptying out of the mystery of the incarnation; the eclecticism of those who, in theological research, absorb categories from other philosophical and religious systems, without considering either their internal coherence or their compatibility with the Christian faith; finally, the tendency to interpret Scripture without the Tradition and Magisterium of the Church.

True man, true God
What is the fundamental consequence of this way of thinking and feeling in relation to the center and core of Christian faith? It is the substantial rejection of the identification of the individual historical person, Jesus of Nazareth, with the very reality of God, of the living God. What is Absolute, or He who is the Absolute, can never happen in history in a full and definitive revelation. In history we only have models, ideal figures who refer to the Totally Other, who however cannot be grasped as such in history. Some of the more moderate theologians confess that Jesus Christ is true God and true man, but maintain that because of the limitations of Jesus’ human nature, the revelation of God in Him cannot be deemed complete and definitive, but must always be considered in relation to other possible revelations of God expressed by the religious geniuses of mankind and founders of the world’s religions. In this way, objectively speaking, the mistaken idea is introduced that the world’s religions are complementary to the Christian revelation. It is thus clear that also the Church, the dogmas, the sacraments cannot rate as absolute necessity. Attributing to these finite means an absolute character and considering them to be instead an instrument for a real encounter with the universally valid truth of God, would mean placing the particular on an absolute plane and misrepresenting the infinite reality of God who is Totally Other.

The ideology of dialogue

On the basis of these concepts, maintaining that there exists within history a universal, binding, and valid truth that is accomplished in the figure of Jesus Christ and transmitted by the faith of the Church, is considered a kind of fundamentalism that constitutes an attack against the modern spirit and represents a threat to tolerance and freedom. The concept itself of dialogue takes on a radically different meaning from the one intended by Vatican II. Dialogue, or better, the ideology of dialogue, replaces the mission and the urgency of the appeal to conversion: dialogue is no longer the way to discover the truth, the process by which one discloses to the other the hidden depths of what the other has experienced in his religious life, but that is waiting to be fulfilled and purified in the encounter with the definitive and complete revelation of God in Jesus Christ; dialogue in the new ideological conceptions, which have unfortunately penetrated also into the Catholic world and certain theological and cultural circles, is instead the essence of the relativist “dogma” and the opposite of both “conversion” and “mission.”...

False tolerance
Such a relativist philosophy is found at the base both of post-metaphysical Western thought and of the negative theology of Asia. The result is that the figure of Jesus Christ loses his characteristic of unicity and salvific universality. The fact then that relativism presents itself, under the banner of the encounter between cultures, as the true philosophy of mankind, capable of guaranteeing tolerance and democracy, leads to a further marginalization of those who insist on defending Christian identity and its claim to spread the universal saving truth of Jesus Christ. In reality, criticism of the claim to absoluteness and definitiveness of the revelation of Jesus Christ made by the Christian faith is accompanied by a false concept of tolerance. The principle of tolerance as an expression of respect for freedom of conscience, thought, and religion, defended and promoted by Vatican Council II, and proposed once again in this Declaration, is a fundamental ethical position that is present in the Christian creed, since it takes seriously the freedom of choosing to believe. But this principle of tolerance and respect for freedom is today manipulated and unjustifiably taken too far, when it is extended to an appreciation of content as well, as if all the contents of the various religions and even of the a-religious conceptions of life were to be placed all on the same plane and there no longer existed an objective and universal truth, since God or the Absolute revealed Himself under countless names, but all these names would be true. This false idea of tolerance is connected with the loss and the renunciation of the issue of truth, which indeed is felt today by many to be an irrelevant or secondary issue. The intellectual weakness of the current culture is thus brought to light: without the demand for truth, the essence of religion is no longer any different from its “non-essence,” faith is no different from superstition, experience from illusion. Finally, without a serious claim for truth, even an appreciation of other religions becomes absurd and contradictory, since one has no criterion to determine what is positive in a religion, distinguishing it from what is negative or the fruit of superstition and deception. The way to salvation is the good which is present in religions as the working of the Spirit of Christ, but is not the religions as such. This is in fact confirmed by every doctrine of Vatican II, “The Church rejects nothing of what is true and holy in these religions. She has a high regard for the manner of life and conduct, the precepts and teachings which, although differing in many ways from her own teaching, nonetheless often reflect a ray of that truth which enlightens all men.” (NA, 2) Everything of beauty and truth that exists in religions must not be lost, but instead must be acknowledged and prized. The good and true, wherever they are found, come from the Father and are the work of the Spirit; the seeds of the Logos are scattered everywhere. But we cannot close our eyes to the errors and deceptions that are nonetheless present in religions. Even the Dogmatic Constitution of Vatican II, Lumen Gentium, states, “Very often men, deceived by the Evil One, err in their thinking, and have mistaken divine truth for lies, serving the creature rather than the Creator.” (LG, 16)

A revelation that is definitive and complete
It is understandable that in a world that more and more is growing together, also religions and cultures will meet. This does not lead only to an exterior drawing together of men of different religions, but also to an increasing interest in religious worlds heretofore unknown. In this sense, that is, in the realm of knowledge of each other, it is legitimate to speak of mutual enrichment. This, however, has nothing to do with the abandonment of the claim on the part of the Christian faith to have received as a gift from God in Christ the definitive and complete revelation of the mystery of salvation, and rather we must rule out that mentality of indifferentism based on a religious relativism that leads one to think that “one religion is as good as the other.” (Encyclical Letter Redemptoris Missio, 36)

Esteem and respect for the world’s religions, as well as for the cultures which have brought a real enrichment to the promotion of human dignity and the development of civilization, does not diminish the originality and uniqueness of the revelation of Jesus Christ and does not in any way limit the missionary task of the Church: “The Church proclaims and is called to proclaim unceasingly Christ who is the way, the truth, and the life (Jn 14:6), in which all men find fullness of religious life and in which God has reconciled all things to him.” (Nostra Aetate, 2) At the same time, these simple words indicate the reason for the conviction that holds that fullness, universality, and accomplishment of the revelation of God are present only in the Christian faith. This reason does not lie in a presumed preference given to members of the Church, nor even less in the historical results achieved by the Church in its earthly pilgrimage, but in the mystery of Jesus Christ, true God and true man present in the Church. Christianity’s claim of unicity and salvific universality arises essentially from the mystery of Jesus Christ, who continues his presence in the Church, his Body and his Bride.