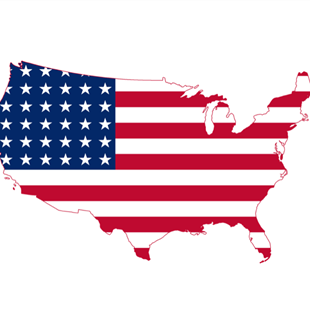 Coming home from a trip to the States, where I met with communities and individuals, I brought back with me some experiences and stories.

Seated at a table in a small cafeteria, a man was absorbed in reading a book and did not realize that someone was watching him or, more precisely, was studying the bookís cover. Then, at a certain point, unable to hold back any longer, he exclaimed, You know, this Father Giussani is really on the ball! We're using this book, The Religious Sense, as a text for meditation in our parish. This was in a little town in Nebraska. New Jersey: a group of Protestants elected The Religious Sense book of the year and are studying it regularly. North Dakota: the same book is used as a text in the schools and university. Chicago: a bookstore chain decided to stock Giussani's books because of their great interest in the category of essays. What do all these facts have in common? There is no community of people in the Movement in any of these places. These are episodes that show how the charism passes also through the channel of books and can do this even where there are no organized groups that are part of the Movement. It passes from person to person. It can be immediately understood and responds to the demand for meaning that profoundly pervades American society. Here, the charism has affirmed itself and has become a presence, developing spontaneously, not by organization. Now people are needed who will embrace, with their humanity, those who have intuited the newness of life proposed by the charism, as Jesus did with the widow in Nain.

This grace was renewed in Rochester, Minnesota through Father Jerry, pastor of a large parish, launched on an ecclesiastical career, with important friendships among the managers of IBM and the Mayo Clinic. In short, a person who could comfortably live his Christianity without too many worries. Then he met the Movement. He became connected and involved with the Memores Domini house to the point of obedience, discovering that the truest point of the Church is the one where a companionship is born, as was promised, where everything that is solemnly proclaimed becomes a daily gesture. And from just this ascesis, freely given and not constrained by any designs of power or plans, the Studium Christi in Minnesota was born. Father Jerry phoned his friends in the seminary and began to meet with them on weekends, without any claims or expectations, starting a Fraternity group on the model of what had taken place in Italy, following the event that guides him in this adventure. Thus, when the Cardinal of Chicago, Francis Eugene George, met him, it was natural to talk to him about the Movement as an experience valid for allÖ even for Americans. Many other priests scattered throughout the States, Miami, Houston, Oklahoma City, Chicago, have encountered our experience and in some cases have even started doing School of Community.

Families in New York
But experiences are flourishing all around America. In New York, a group of families has become the sign of a new form of social life, of mutual aid, of objective comparisons made on the difficult path of daily insecurity that characterizes the life of American adults. And always as a gratuitous, unexpected fact, there is the growth of GS and CLU groups. For these young people, the encounter with the Movement is a hope for their lives, in many cases marked by broken families, dropping out of school, and an uncertain future. In this sense, we can understand the path taken by the oldest among them: re-examining all of reality, discovering its hidden beauty through what attracted the first in the Movement forty years ago (music, books, charitable work), learning the positive value of study, looking at the future as the chance to perform a task that is important for themselves and their nation. What is happening now in America is a regeneration of what has happened over and over in the life of the Movement and of the Church. Thus, the Memores Domini houses are a bit like the monasteries in the Middle Agesñnot because the Memores are the ìheadsî of any community, but because they, their houses, are felt to be the friendliest place in which to live reality. In Los Angeles, the community grew up around the Memores house; in New York the GS students have their meeting place on the steps of the ìHouseî in Washington the presence finds a sure home in the womenís ìHouse.î

Elections
This is a presidential election year in the United States, and even if our presence has no capacity to influence the vote, the growth of an adult awareness has naturally led to the desire to make a judgment. Thus it has come to light that the criteria for judgment indicated by Father Giussani in Assago in 1987 [see page 34] respond to the deep sense of democracy and desire for freedom in Americans, beyond what is embodied by politics and the big lobbies. Authentic Christian experience is put into action, beginning with individual freedom (the starting point of the American dream), and is seen also in subsidiarity marked by the flourishing of not-for-profit initiatives in education and health care, and in attempts at organized charity in contrast to the law of the Far West that distinguishes American cities. The first steps of the Movement in the life of America are following this path, responding to the forgotten need for global freedom sought after by the founders of the New World.