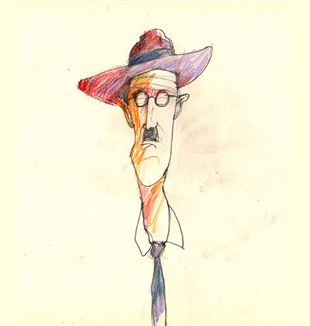 This article has been translated from the original Italian found in the January 2021 issue of Tracce.

"Is there anything greater for a man than worldwide success, triumph, of apotheosis?”, wondered Giovanni Testori. Yes: a scandal capable of lasting through time and of challenging enemies and friends, detractors and apologists. This has been the case for James Joyce, whose eightieth anniversary of his death is celebrated on January 13.

Joyce is not, today, a very popular writer. English teachers often make their students read Dubliners, which remains his most widely read work though not the most famous.

This has not only happened to him. Let us think about Pirandello and his Il fu Mattia Pascal even though we know that his masterpiece is Sei personaggi in cerca d'autore. A theatrical text (they say) is more difficult to read than a novel whilst sitting in an armchair. Not true, but oh well.

Everyone knows that Joyce’s most important work is Ulysses, a book that, however, has the defect of being largely unreadable, unless some crazy sixteen-year-old (as I was at that age, and then again at thirty-five) decides to undertake that great challenge and read it anyway, animated by that sublime feeling that drives a young man to attempt impossible things for the sheer attraction that these things exert upon him.

Not understanding knowing that, however, there is something important to understand: this is the affective bond from which intelligence is often born. But few people today read Ulysses. We know that it was supposed to be a short story entitled Catharsis, which then grew to be over a thousand pages long, that the story (assuming it is a story) takes place in Dublin in during one single day, but reading it is something else. This information alone indicates that, because the unity of time (one day) and place (Dublin) and the original title (Catharsis, i.e. purification) it all belong to a single recognizable author, Aristotle, and to a specific work of his, Poetics.

All of this, we shall see, has a certain importance. We Catholics are not (on average) very sensitive to the allure of the Forbidden. As many will know know, Ulysses remained in the state of samizdat, or clandestine printing, for decades because of the scabrous themes that it touches upon and because of its marked aversion to Christianity and the Church; this is well illustrated in Dubliners and confirmed by many letters, in which this aversion is often mixed with images of intense eroticism, not without an equivocal shadow of exhibitionism.

Now, if this is the vulgate, which has produced a preconception (and we know that there is often much truth in preconceptions), we must then take a step further, from what "we know" to true knowledge, that is, to what "I know". It is a personal effort, without shortcuts, which applies to all things. Let us focus then on his spy-book, the indispensable introduction to all his work: Dubliners. Joyce himself called these stories "epiphanies", that is, apparitions, revelations, but not definitive: snapshots, like old photographs in which, according to some, the face of a deceased person would mysteriously appear. In short, a truth, which lies beneath the visible surface of the world but suddenly becomes visible, illuminating confused human situations. It is no coincidence that these stories are full of windows and people who stand by the window. It is – as Eliot would say - an objective correlative of a human state that Joyce, at the age of twenty, wants to focus upon at all costs. 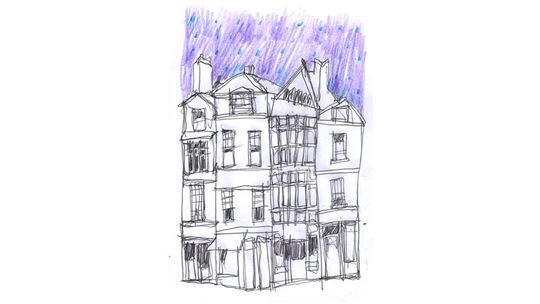 What, however, is revealed to the eyes of the protagonists of these stories is not a salvation, not a stable where, in a manger, the newborn Son of God sleeps. What is revealed, the epiphany, is rather the paralysis of life, its short-sightedness, an absence of destiny, an inability to break through the curtain of the imaginary and of everyday memories.

In one of the most beautiful stories of the collection, Eveline, a girl oppressed by her violent father and the ghost of her dead mother, decides to run away to South America with a young sailor who is in love with her, Frank. In this story, too, the word window appears immediately in the first line. The young Eveline plans to escape with Frank, but at the final moment when she is on the pier and it is only a matter of getting on the ship, where Frank is waiting for her, Eveline turns to look at her past life and transforms herself (this is an obvious biblical reference to Lot’s wife fleeing from Sodom) into a kind of salt statue. Her entire condition as a slave appears to her, with new evidence: the memory of her mother's words just before she died, her advice specifically concerning her old father turn into a paralyzing poison. Frank cries out her name, calls her to him, the ship is leaving, but she remains ashore, petrified, and all that remains of Frank is a faded image, perhaps a fantasy, or the memory of a whim, which in years to come will make her laugh bitterly.

This is what Joyce calls an epiphany: the moment when an individual begins to realize that the deepest desire stirring within them does not have, nor will it ever have, the strength to be able to leave behind all that binds them to the present and the past. Leopardi's terrible lines in A Silvia come to mind: "All'apparir del vero, tu, misera, cadesti" ["At the appearance of truth, you, wretched one, fell"].

But, unlike Leopardi, Joyce does not blame Nature for a broken promise. For Leopardi, an inexorable law, written in an ancient language, condemns man to live within the stupidity of History, which is a sort of labyrinth in which man loses, among a thousand fatuous promises, the road that should lead him to the true discovery of himself. Joyce reads nature in another way, as between Leopardi and Joyce came the enormous hurricane named Sigmund Freud that invaded western culture. While Joyce is writing Dubliners, Freud is printing important works such as The Psychopathology of Everyday Life (1901) and Three Essays on the Theory of Sexuality (1905), having already written and published, in 1899, his other masterpiece, The Interpretation of Dreams.

This event changed the way he perceived the world in a decisive way, starting, of course, from the inner world. Both Leopardi and Joyce know - as does Baudelaire - that the word that defines man's position on earth is that of exile. An exile from which one cannot escape. Leopardi seeks escapes that are quite puerile, both geographically and erotically.

Baudelaire indicates that Earth itself is the seat of our exile ("exilé sur le sol au milieu des huées", exiled on the earth amidst the laughter of mockery). Dublin overlooks the sea in the direction of Europe (not of the Ocean), almost as if to indicate in its very geographical location a sort of subjection to the Great European Culture (in the very years in which the cultural center of the world began to move to the other side, towards America). And it is significant that Joyce's only play, Exiles, takes place in the suburbs of Dublin and not on the sea, at a time when hundreds of thousands of Irishmen were setting sail for the Americas.

If the feeling of exile is the same for these three great writers, the stories conceived from it are different. And this is where Freud comes in. In Joyce's story, a fundamental part is occupied by erotic urges and, more generally, by everything in our lives that cannot be defined according to the schemes of civilization. As Freud will then say in his spiritual testament, Civilization and Its Discontents, a society is founded upon the transformation of instincts, on their channeling into forms that, making them functional to itself, at the same time neutralize them, even if they, the instincts, remain in the background (removal) to make this unstable compound that we call "man", "self-consciousness", "I" potentially telluric.

Man is, in short (I apologize if I am trivializing) structurally unfit to live in this world, his situation is always provisional. Ulysses ends with Molly Bloom's famous monologue, a sort of complex orchestration that can be annoying in its total artificiality if it were not for the fact that the very artifice, conducted at that level, is transformed into a masterpiece. If the naturalism with which an artist represents reality is imbued with everything that blocks it (preconceptions, pre-made ideas, clichés, etc.), breaking the naturalistic circle becomes an imperative.

And yet, here we are - albeit from a different perspective - at Mary's "yes". Here we are at the point in which a Word that is "other" than us asks to become flesh. Of course, Joyce does not see it thus. Joyce’s is a strongly voluntaristic approach, with which he (who in the meantime had come to know Freud's work well, even as a patient) believes he has overcome his painful spiritual paralysis. But - I ask myself as a writer, as an artist - is it possible to solve a problem that grips our lives through art? I understand the decadentist temptation to transform life into a work of art, but is this really a feasible way?

I think that, even after reading Ulysses with its final "yes", it would be a mistake to underestimate Joyce's connection to Catholicism, since this sense of exile, of not fulfilling oneself in this world, is exactly what our Greek-Christian civilization has called soul (as the Hail Holy Queen says: “…after this our exile, show unto us…”). More than a hundred years before Joyce, Kant and then Hegel had branded any reference of man to Transcendence as false (even if Kant did not give up the idea of a "remunerator God"). Life and its meaning are here, now, without any need to assume an "elsewhere". Man is therefore reason, feeling, emotion, dream, project, desire, hope, a without any need to bother the soul.

With this point, however, Joyce maintains a strong bond - not of faith, but of anthropology, so to speak - with the Catholicism with which he grew up, at Trinity College in Dublin, and where he was trained in the Aristotelian-Thomistic school, as can be seen in the Aristotelian incipit of the third chapter of Ulysses, "Ineluctable modality of the visible", and in the quotation of the Thomistic Ways.

It is precisely in this that Joyce's anger against a Church can be understood. A Church that, on the one hand, as mentioned, announced the Good News promising liberation from the chains that oppress every man; and on the other hand was the first operator of oppression, with its rules, its obligations, its moralism and fear used as a method to blackmail, in one way or another, everyone’s conscience.

In short, leaving aside the Church’s historical faults, specifically the Irish Church, the impression one gets when reading Joyce (and I did so much so that my desire to become a writer was drawn from him), is of a man who, to steal Rimbaud's words, remains a prisoner of his own Baptism. And I am certain that the struggle against this branding constitutes the profound sense of all his extraordinary work.