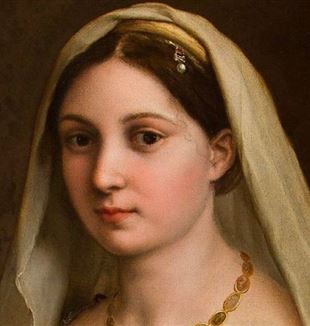 This article features in the March 2020 issue of Tracce.

"Raphael was born at Urbino, a most important city of Italy, in 1438, on Good Friday, at three in the morning, of Giovanni de’ Santi, a painter of no great merit, but of good intelligence.” Giorgio Vasari, in the entry dedicated to Raphael in his famous Lives of the Most Excellent Painters, Sculptors, and Architects, is very meticulous in giving an account of the details of his birth. For example, he points out how his father Giovanni, after having given him that name as a "good augury", had wanted his only son to be nursed by his mother and not, as was customary, by a wet nurse. For Vasari, sweet motherly nourishment became almost a key to the story of that genius who always knew how merge greatness and sweetness together in a truly unique way.

Raphael did not live for very long. Despite that paternal solicitude, he died at the age of 37 on April 6, 1520; exactly 500 years ago. It was a short parable, but marked by a very impressive precocity and operational intensity. As for precocity, it is enough to remember that at the age of 21 he had already painted a masterpiece of absolute perfection, The Marriage of the Virgin, now at Brera, a painting of such novelty that it sent his master, Perugino, into a serious crisis of depression. In regards to his manner of working, Raphael, in response to the enormous number of commissions that fell on him during his extended stay in Rome, put himself in command of an authentic workshop where he worked with the most modern criters that allowed him to have ach project under control at all stages. 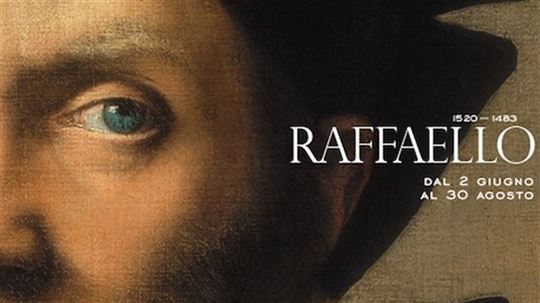 Dozens of artists and helpers worked in the studio of Palazzo Caprini, in Rome. The creative and productive process was centered upon drawings, which had a fundamental function for the transmission of design ideas to the team. As John Shearman, the historian who has most revolutionized studies on Raphael, wrote that in that workshop "a transfer of efforts, which in modern technology we would describe as a withdrawal of resources from production to invest them in research and development."

Among the emblematic figures of Raphael’s productive capacity are also numerous Virgins and Child, the subject matter that has perhaps most marked Raphael’s consecration at the level of fame, or rather, popular affection; there are about 45 for these, some autographed and others made with artists in his workshop, there are as many as 45. These images are very often replicated virally in millions of copies. He is the Raphael "of the dear Madonnas" as John Pope-Hennessy, director of the Metropolitan of New York, wrote.

Just think of one of the most famous, the Sistine Madonna, painted for a church in Piacenza and then sold to a German prince and kept in Dresden: Dostoevsky, who considered it "the greatest masterpiece created by human genius" (according to the testimony of his wife Anna Grigorevna), recalls it in many of his novels. In Demons, for example, Stepan Trofimovič calls her "Queen of queens", "ideal of humanity".

At the most important exhibition planned for the five hundredth anniversary, at the Palazzo delle Esposizioni in Rome, there will be, among others, another one of Raphael's most famous Madonnas: it is the Alba Madonna, now kept at the National Gallery in Washington, but which until 1686 was on the altar of the church of Santa Maria del Monte in Nocera de' Pagani. That year, it was sold to the Spanish viceroy and then passed it onto his descendants until it ended up in the hands of the Dukes of Alba, hence its name.

It is a picture of such perfection that it leaves you breathless. And yet, if you analyze it carefully, you discover how this sensation of supreme balance, given also by the round format, is the result of great compositional audacity. The epicentre of the work is in fact de-centered towards the left: Mary, the Child and Saint John have their eyes pointed in the direction of the slender cross, formed of two reeds tied together. Mary's elongated arm keeps the whole group tied up in that side portion of the painting. She is sitting directly upon the ground, according to an iconographic model that underlines her attitude of humility; it is a pose that allows Raphael to bring Mary close to the surface of the painting, in a space that we perceive immediate and close. But Raphael's greatness is measured above all in that subtle friction between the painful and profound yearning that we catch in Mary's gaze from the cross and the infinite serenity of the landscape, almost a deposit of Paradise.

For Raphael, harmony is never generated by a banal idealizing vision, but is always the result of an imperceptible dramatic tension, imperceptible because it is never exhibited, which runs through his works. The Sistine Madonna herself, so loved not only by Dostoevsky but also by Goethe, Novalis, Bulgakov, Florenskij and even Freud, owes her beauty to the action she is performing before us: with the Child in her arms she is coming towards us through a window of light. It is the crossing of a threshold, an entrance upon the scene of the story, which takes place safely but also with inevitable trepidation. In fact, in its original location, in the church of San Sisto in Piacenza, the altarpiece was placed above the altar and therefore Mary symbolically offered her Son for Eucharistic sacrifice. And in the meantime, underneath, the two famous and iconic angels look out...

There is another work on display in the exhibition in Rome which is emblematic of Raphael’s manner of working, even with apparently traditional compositions. It is the Ecstasy of Saint Cecilia, painted in 1518 on commission of a Bolognese noblewoman, Elena Duglioli, later proclaimed blessed. The saint stands in the centre, surrounded by four other saints who are like the living columns of a building in which her ecstasy takes place. When Raphael finished the work in Rome and sent it to Bologna, he made sure that an artist he trusted, Francesco Francia, would receive it to repair any damage caused by the trip. Vasari tells us that when poor Francia opened the case and saw the work he was "half dead from the terror and beauty of the painting that was present in his eyes."

This detail is extraordinary: Raphael's painting is not a simple representation, but something that is made present like life. It is no coincidence that the adjective that the observers used most in front of this masterpiece was "living". "While we may term other works paintings, those of Raphael are living things,” Vasari comments.

An important French critic, Daniel Arasse, in analyzing this painting, noted that the saint's face apparently obeys an ideal type, but in reality it is deeply individualized because of its excessive width to the point of "disturbing perception"; the hair bun does not hold a lock of hair, which therefore falls on the shoulder, and the saint's neck is "the object of a refined treatment" that highlights the dimple in the center: it is the point where the executioner would have sunk his blade on the occasion of martyrdom. Beauty in Raphael always incorporates drama, sometimes implicitly, sometimes more explicitly as in this masterpiece that frightened his contemporaries because it was “too alive” (which also disorientates us as soon as we go beyond a superficial gaze).

Raphael must be freed from mundane gazes. It is he himself who seems to invite us to establish a different familiarity without falling into the stereotype of idealizations. He does so with that very modern Self-portrait, lent by the Louvre for the exhibition. The artist poses together with a friend whose identity has been hypothesized a lot; standing a little behind, Raffaello cordially puts his hand on his shoulder while the friend in turn stretches his hand forward towards us as if to summon us into that relationship. It is a painting that has monumental energy, but one that breaks through because of its surprising informality. It is as if Raphael invites us to reduce distances, to have less predictable and more adventurous gazes in front of his works. The exhibition in Rome can be a good opportunity for this.