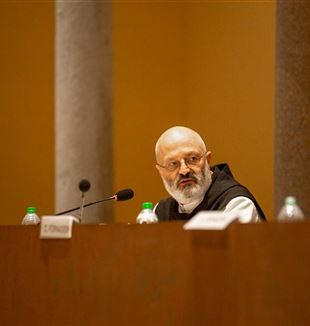 A fascinating and well-founded thesis: the Charta Caritatis is the first “manifesto” of principles for a civil democratic co-existence. It is the constitution of the Benedictine-Cistercian monks, countersigned by Pope Callisto II in 1119, just twenty-one years after the foundation of their motherhouse, Citeaux. It existed a century before the Magna Carta Liberatum, which is generally proclaimed as the first formulation of democratic principles, and which was certainly influenced by the Charta Caritatis. At that time, there were thirteen Cistercian abbeys: their relations were established by a normative text, a sort of "pact" between the abbots, charity being its guiding light. The text is rather short: in the Italian translation there are eleven chapters and two hundred lines of text, and it is very topical. It’s 900 years since it was first disseminated: the Cultural Center in Milan, together with Fr. Mauro Lepori, General Abbot of the Order, and Professor Stefano Zamagni, economist and President of the Pontifical Academy of Social Sciences, judged that the anniversary was an important occasion not only for the religious life of those directly concerned, but for everyone’s civil life. The evening in Milan, on 18 October, was entitled "From coexistence to democracy: the writing of charity". It was full of insights and ideas to judge current political events: the monk offered meditative ideas, the professor offered pyrotechnics. 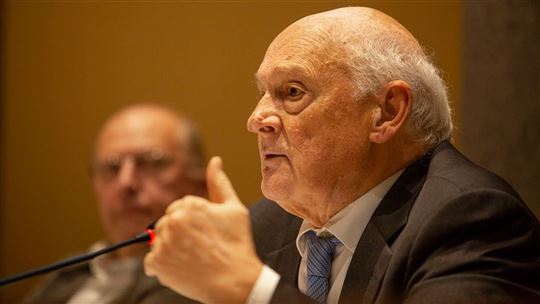 The first thing Fr. Lepori pointed out is that the Charta does not predate, but is the result of an experience ("Today this order is overturned”, commented Zamagni, “and it is a disaster: it is enough to see justice"). Lepori continues, it is also the fruit "of the desire for this experience to endure”; that is, of the desire to "first of all save the original charism". According to the Charta, the life of each community must faithfully follow, in all abbeys, the rule of Benedict; the primacy of Citeaux must not affect the operational independence and economic self-sufficiency of each abbey; relations are "fraternal", unlike the centralism of Cluny. Thus, to save this charism "we want and command them to observe the Rule of St. Benedict in everything, as is observed in the New Monastery. Let them not change the meaning of the reading of the Holy Rule". But this is in the second chapter. Then the Charta introduces the General Chapter, a place of unity and of mutual support to help follow the charism. And chapter seven. Here, the principle of the “visit” is established, as the opportunity to verify the journey.

But the first chapter speaks of tax. Remarkable, isn't it? The heart of everything is charity, that is, God’s charity. Lepori quotes: "Since we all recognize ourselves as servants, though useless, of a single true King, Lord and Master, we do not impose any tax on material goods or on temporal things for our abbots and brother monks whom God, in his goodness, will gather in different monasteries under the same regular discipline through us, who are the most unworthy of men. Desiring indeed to benefit them and all the children of the Holy Church, we do not want to aggravate them with taxes or diminish their resources, so that by enriching ourselves at the expense of their poverty, we are guilty of the vice of avarice which, according to the Apostle, is a true idolatry".

The Cluniacs practiced the Ora; they outsourced the Labora, that is, they made the others work. The Cistercians return to the integral Ora et Labora. "Thus they came to generate wealth”, underlines Zamagni, “Much wealth", because they are efficient. “Make good use of wealth”, says the Charta. "Saint Bernard, a Cistercian, was the first to advance the problem of inclusive wealth”, explains Zamagni, “It will be up to the Franciscans, heirs of a founder with great experience and entrepreneurial and commercial spirit, to find a way to redistribute wealth: the civil market, born in 1300 in Umbria and Tuscany, as a place of circulation of wealth”. “It’s not lawful to enrich oneself by making others poor”, says the Charta, as Zamagni recalls, “because of the Christian principle of fraternity, which is not equal to solidarity". It also discusses welfare ("it has no sense of human dignity"), heir of seventeenth-century philanthropy, "which has nothing to do with Christianity. Why? "The Charta Caritatis distinguishes between almsgiving and good-efficiency: this supposes and implements a human relationship for a shared and a proportionate response to need; not almsgiving. Philanthropy and, today, welfare, derive from this".

The principle of charity is, therefore, the basis of relations between monastic communities but also basis of a civil society and economy. But how does charity affect the person? Fr. Lepori: "The Charta Caritatis speaks of charity that must be continuously educated, up to mutual correction. This is, above all, true for abbots, that is, the leaders of the communities, called to continually re-become children and disciples. For all, the theme is to live a life of communion, to abandon yourself to a place of fraternity. Starting, I repeat, from the leaders. A leader must be the first to be formed and corrected. Only thus can the necessary work of unity be accomplished". This must not be taken for granted. By the Church, let alone in politics: the General abbot asks “in what parliament, today, is there discussion, work, commitment to unity?” 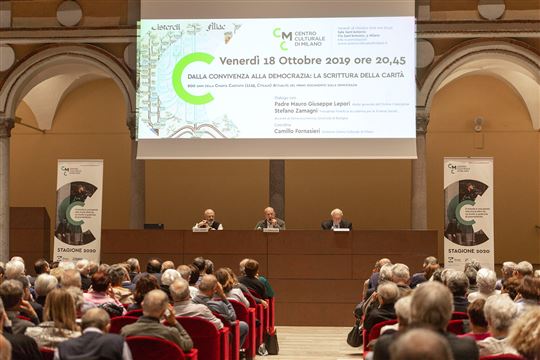 It is negative politics, to use Zamagni's words, "the de-legitimization of the proposal of the other, whatever they may be, to maximize one's own individual objectives". This is the root: individualism, especially the libertarian individualism of the so-called second secularization, of the sixties and seventies. "If the first had as its golden rule to behave as if God did not exist, the second asks to behave as if the community did not exist", stresses Zamagni. "Utilitarianism as a false response to the need for happiness”, continues the professor, “has consolidated structures of sin, according to the definition given by John Paul II in Centesimus annus" to point out certain central or power structures, which offer people menus of irrelevant choices for a real change. "That is why Pope Francis does not speak of reforms, but of transformational strategy".

With what force? Lepori returns to the heart of the question, charity, "the supreme form of politics, because it is the only force capable of overcoming division. Not just once, but a continuously open possibility of finding communion. What else is politics if it does not serve the symphonic unity of people? For this reason, it is made more than by merely politicians, saints, prophets and witnesses. But it is made from those who worship a greater love, or at least unknowingly recognize a greater reality as the principle and purpose of action. A good example was the Ethiopian minister who was rightly awarded the Nobel Peace Prize".

On the subject of transformational strategies, Zamagni stresses that true democracy is what allows not simple freedom of choice, but freedom of decision. The first one restricts the field to the menu proposed by the power, to the options already put in place by logics that are not those of charity and of the experience of people. Finally, the economist advertises two forthcoming events, launched by the Pope to encourage the "decision" of men of good will with respect to an ideal that invests the future of the economy and education: from 24 to 28 March, in Assisi, there will be a forum of a thousand young economists and entrepreneurs from all over the world to reflect on a new economy; and in mid-May a meeting where the heads of state of the G20 and international bodies, such as UNESCO, will be invited to sign a Global Pact on Education.