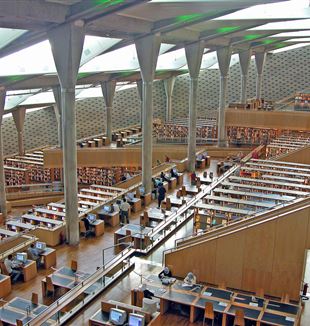 The Rimini Meeting is returning to Egypt. It had been there before in 2010, on the vigil of the events of Tahrir Square, and in 2012, breathing life into two editions of “Meeting Cairo.” On Monday, October 22, instead, the Meeting will take place at the Library of Alexandria and on October 23 it will be at the Cairo museum of religions.

The soul of the initiative is still Wael Farouq, professor of Arab Literature at the Catholic University of Milan. Throughout the years, he has invited to Rimini Mustafa El Feki, director of the Library and a prominent pubic influence in the cultural and political sphere of the country, and Sayed Mahmoud Aly, director of Al-Ahram Al-Arabi magazine. The collaboration between the Rimini Meeting and the Library of Alexandria was born of these friendships and it will be the Library itself co-promoting next week’s events.

Three talks are in store at the Library of Alexandria. “The Aesthetics of Difference: the Rimini Meeting Model” will feature El Feki, Farouq, and Meeting president Emilia Guarnieri. A roundtable titled “Difference as Basis for Knowledge” will follow with Shawki Allam, Grand Mufti of Egypt, Khaled Azab, Director of Communications at the Library, and Marco Bersanelli, professor of Astronomy and Astrophysics at Milan’s State University. The final talk, “We Want Everything: Sixty-Eight in Italy and Egypt,” will take place that night with Anwar Moghieth, Director of the National Council of Translations, and Emilia Guarnieri. There will also be two exhibits displayed in Arab: one on the thirty-nine editions of the Meeting and another from last August on Sixty-Eight. 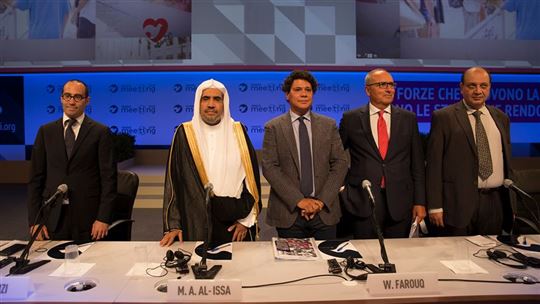 The following day, the talk “Religious Pluralism as Basis for Coexistence” will take place in Cairo. Its panelists will be Nabil Abdel Fattah, president of the Center for Strategic Studies of Al-Ahram, Anba Amia, Bishop General of the Coptic Orthodox Church, and Roberto Fontolan, president of the International Center of Communion and Liberation in Rome.

“If we look at how this encounter was born,” said Emilia Guarnieri, “we can see that it started with the friendship between us and Wael Farouq; it was a relationship filled with mutual trust, respect of each other’s differences, and desire to build spaces for others to have similar experiences. Now that the change of epoch, the world’s metamorphosis, has caused some bonds to loosen and some certainties to falter, friendship and trust, which spring from experience and not ideology, are the perspectives to undertake.”