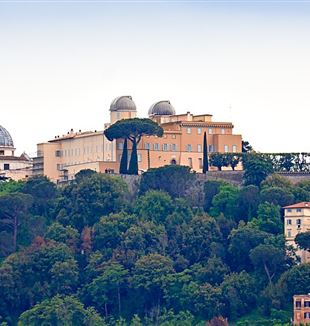 Like his predecessors, Pope Francis made known his closeness to the astronomers at the Observatory. The last occasion was on June 14, when he spoke to those assembled for the Summer School. Entering the hall at Castel Gandolfo, in front of that group of such heterogeneous young people, the Pope underlined how “diversity can become unified through a common objective of study, and the success of that work depends on this diversity.” It is a typical aspect in the scientific world, but something that is not common in other areas of human action, and Pope Francis both understands and values this: “It is precisely from the collaboration among people of diverse backgrounds that a common comprehension of our universe can come.”

This year, the theme of the Summer School looked at the study of variable stars, celestial bodies that hide secrets of great relevance for astrophysics, with a crucial application above all in the area of measuring distances in the universe. It is a topic that brings up the idea of the scale of the universe’s dimensions. Pope Francis, coming to the heart of his speech, made reference to the extension of the cosmos, so overwhelming that it can sometimes provoke a sense of fear or confusion in contemporary man: “In light of this information and this enormous universe, we feel so small and can be tempted to think that we are insignificant.” 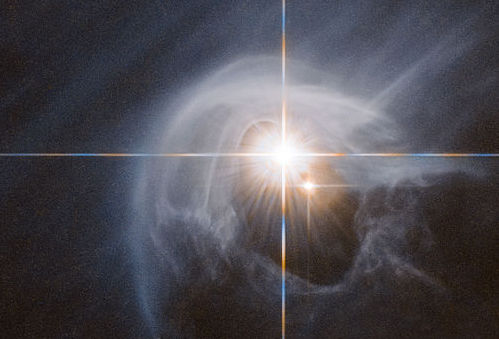 In effect, in the course of the last four centuries, our understanding of the vastness of the universe has reached dizzying heights. Today, we understand that the whole of human history, the lives of peoples and their cultures, all the heroic and cowardly gestures of which man is capable, took place on the surface of a tiny planet (Earth), that goes around a medium-size star (our Sun), which is part of a group of 200 billion other stars, most of which have planets of their own; and all these billions of stars and planets, put together, compose our galaxy, which is only one among hundreds of billions of other galaxies across the universe, in a space that we measure in billions of light years (a light year is around ten thousand billion kilometers). And this is not all. Today, we have reason to believe that all this—the whole ensemble of material and energy of which the stars and planets are made—is only 5% of the total: 95% of the material and energy of the universe is unknown.

In front of this abyss, our insignificance makes us feel hopeless. As these astronomical discoveries have gathered this vision of the cosmic scene, more or less consciously, a sense of confusion, a perception of fear, has developed in front of the immensity of the universe. But, the Pope observes, it is a perception which the ancients already knew: “In effect, there is nothing new in this fear. More than two thousand years ago, the Psalmist could write: ‘When I see the heavens, the work of your hands, the moon and the stars which you fixed, what is man that you remember him, the son of man, that you care for him?’ (Psalm 8)”. The vast immensity of the cosmos, which the ancients already grasped in front of the heavenly host, seems to reduce man to nothing. But for the Psalmist, the Pope observes, this is not the last word: “He goes on: ‘You have made man little less than a god; you crowned him with glory and honor’”.

How is it possibility to be rescued from our nothingness? What is there in man that, even in front of the enormity of the universe, he can be the object of “glory” and “honor”? Is it something that had value only for our forefathers, or does it have something to say even to us today, to our way of conceiving ourselves and our relationship to the universe?

The Pope goes on with a methodological observation which is fundamental in any type of research: “It is always important […] to begin by admitting that there is much we do not know.” And, as we have seen, it is truly right that we should admit it! But it is exactly this unexplored space in front of us that pushes us further, that reignites our curiosity and the courage to keep pursuing our investigations, with the freedom of one who waits to discover what is beyond the horizon of the already-known: “Just as we must never think that we know everything, at the same time, we must never fear trying to learn more.” The task of the scientist, continues Pope Francis, is in fact “to know the universe, at least in part; to know what we know and what we don’t know, and how we can go forward toward more knowledge.” 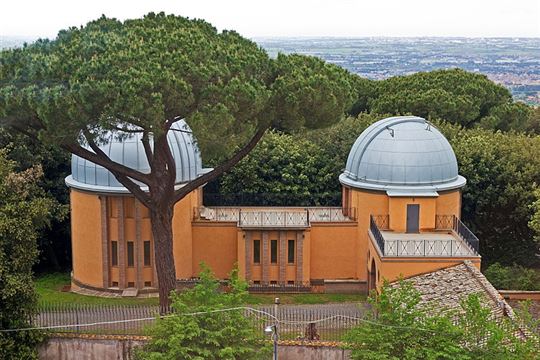 Already the fact that this path of knowledge is possible is something great. It is by no means obvious that man, a small grain of dust in the cosmos, should have the ability to read nature at the profound level that we see the universe studied today, with a scientific method that pushes itself well beyond the boundaries of what we need to live. Thus, Francis observes, “even in this sense we can understand the ‘glory and honor’ of which the Psalmist speaks, the joy of your intellectual work, the study of astronomy.” The laws of relativity and quantum mechanics, formulated in mathematical language, while remaining incomplete, correspond faithfully to the behavior of nature to the point of millions of billions of times the typically accessible dimensions of our sense experience. There is something prodigious in this circumstance. “It is a marvelous gift that we neither understand nor deserve,” said Paul Eugene Wigner; with the words of Albert Einstein: “The most incomprehensible thing about the universe is the fact that it is comprehensible.”

But the gaze with which man faces reality is not reducible to the scientific one: “There is another gaze, the metaphysical one, that recognizes the First Cause of everything, hidden from the instruments of measurement.” Human intelligence grasps the existence of a reality that belongs to another order than the infinite ways in which nature presents itself to empirical observation, and which is the ultimate root of that nature, the point in which these things are born. With the words of Father Giussani, “only the affirmation of the mystery as an existent reality beyond our capacity of recognition corresponds to the original structure of man” (The Religious Sense). And at this point, the Pope indicates a third level of knowledge. Beyond the empirical inquiry offered by science, and beyond the clear metaphysical knowledge of a “first cause”, there is “yet another gaze, that of faith, which grasps revelation.” This fundamental method of knowledge, distinct from the others, through which, if I do not believe in someone who is a reliable witness, my reason goes astray, as Father Giussani says in the book Is It Possible to Live This Way?.

These three are methods of knowledge that are distinct, but not contradictory. Rather, the Pope continues, “the harmony of these difference levels of knowledge leads us to understanding; and understanding—we hope—opens us to wisdom.” If the knowledge of the universe that we obtain with scientific inquiry is disconnected from this fuller gaze, our inquiry loses itself in an empty and bitter solitude. Father Giussani writes in The Religious Sense: “The capacity for logic, for coherence, for demonstration, are nothing other than instruments […] at the service of a greater hand, of the fullness of the heart that uses them.” It is this tension toward becoming aware of reality to the point of searching for its ultimate significance, this “heart”, this “wisdom”, which allows man not to be annihilated by the overwhelming disproportion of the cosmos; in fact, man appears, while being so incredibly small, as an irreducible point in the cosmos, that “point in which nature becomes conscious of itself”. Pope Francis continues: “Through us, human creatures, this universe can become, so to say, aware of itself and of Him who created it: this is the gift—with its corresponding responsibility—that is given to us as rational, thinking beings in this cosmos.” The human I, almost a nothing in the grand scheme of the universe, is the “self-awareness of the cosmos” and can say “You” to the Mystery that created it: here is man’s paradoxical greatness, the “glory and honor” with which he is crowned. Today, just like three thousand years ago.