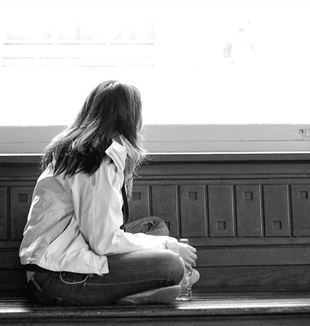 The following article first appeared in La Vanguardia on February 25, 2018.

We were gathered below the banner of the YPO (Young President’s Organization), which convened thousands of administrative delegates from around the world at the Real Club de Tenis of Barcelona. We were a small group seeking the impossible. The topics discussed were religion, God, the clash of faith and reason… Taking turns at the microphone, our eclectic group, cordially moderated by Helena Garcia Molero, included representatives of Christianity (Roser Farrús), Islam (Zouhair el Hairan), Buddhism (Thubten Wangchen), and Judaism (Marcel Odina). There were even two “provisional” agnostic-atheists (as they are described by sociologist Maite Soto-Sanfiel) seated next to me, who completed the panel of speakers. What flowed forth was a free and open conversation that never strayed outside the bounds of mutual respect for all.

Our group discussed God and the advantages of belief, or, as it was put by an audience member: Why have religions? It is odd for me to be answering this question from the point of view of a non-believer, which is, inevitably, what I am. I add this adverb because I realize that it would be easier to avoid this question, and because I am convinced that faith in God soothes human fears. But because of the fact that faith does not originate from divine inspiration, but from a human initiative, for now I’m an outsider. In spite of this, in this uncertain world, amidst the ever-present deterioration of values and vicious conflicts that assail humankind, I believe that the presence of believers is a moral imperative, in fact indispensable for society. Of course, when I speak of believers, I am referring to those who have undergone a profound interior journey, who have arrived at spiritual transcendence, and, as a result, experience a fuller humanity.

These are people who understand faith as personal enrichment and openness towards others. These are not the fanatics who use God to justify evil; people for whom transcendence ends where intolerance begins. But beyond totalitarian ideologies and the use of religion for political gain, the religious factor is a vehicle for the moral values that we find most urgently needed in these turbulent times.

It is true that, as Westerners, we tend to draw on the Enlightenment and rationalism, and it is through this lens that we look at the world. However, now that we know that the Enlightenment has failed in its attempt to explain everything through reason, perhaps we should open the door to the light faith brings to many people. It is not an insignificant, simplistic, or superficial phenomenon, and we cannot allow ourselves the luxury of not taking it into account. Faith–the inner strength that is thought to encourage the human soul to live life with greater awareness–is that other missing piece, the complement to reason, not its antithesis. This is the historic mistake of an arrogant Enlightenment mentality that believes reason is superior to faith. What if they were equal, and only needed to be integrated? The answer to that question completely transforms one’s outlook.#DisarmingBeauty