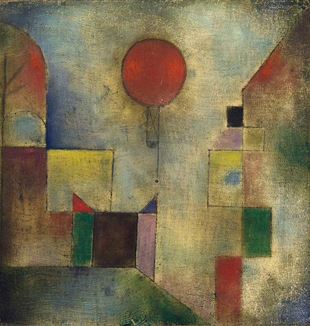 In January 1971, Giussani participated in the spiritual exercises of the cl groups of the universities of Freiburg, Bern, and Zurich, which took place at Einsiedeln, site of a historic Benedictine abbey. The lectures were given by him and by Hans Urs von Balthasar, the Swiss theologian that the movement had met not long before. The contents of their lectures were collected in a small book, published in June of that year by Jaca Book under the title L’impegno del cristiano nel mondo (The role of the Christian in the world). Out of modesty and respect for the great theologian, Giussani had his own name printed on the cover in minuscule lettering, and entitled his own lectures “notes edited by a group from ‘Communion and Liberation.’” Claudio Mésoniat, a university student at the time, says that “[i]t was Scola’s decision to invite von Balthasar to Einsiedeln, the centre of Catholic Switzerland.” A photograph shows Fr. Scola (who had been ordained a priest a few months before), Giussani, and von Balthasar eating together during those exercises.

The resulting book begins with the following words of von Balthasar: “I dedicate these two conferences, held for the groups of ‘Communion and Liberation,’ to Fr. Luigi Giussani, as a sign of my friendship and deep admiration.”

The exercises had such an effect on Giussani that on 22 March von Balthasar was invited to Milan for a conference organized by the San Babila Cultural Centre.29 The topic was the same: the role of the Christian in the world. On 24 March, Giussani participated in a gathering to discuss the conference, during which he commented on it point by point, but first he said, “We want the lesson von Balthasar gave us the other day to become a working tool—or, better, the working tool, the most important tool for these months of reflection, because it was truly an exceptional witness.” Giussani underscored that he was struck by the assertion that the human person reaches towards something that exceeds it: “The human being—as he so accurately described—is a being in await, striving all over, without knowing what he’s waiting for. So, he is a being awaiting something that is beyond his powers of imagination, not to mention his intelligence.” The human person is awaiting and “only when the thing is put in front of him does he understand that that’s what he is waiting for.”

Given the title of the conference, the first point of discussion appeared to have little to do with the theme, since the theologian had spoken about the engagement of God with the world. But Giussani explained that the logic of this choice was immediately apparent: “The Christian is one who follows God, who imitates;” so, before speaking about Christian engagement with the world, von Balthasar addressed the question of God. “The Church’s presupposition,” he said, “is God’s engagement with the world.” Indeed, the world awaits something “that it cannot construct alone because it is beyond the bounds of its intelligence, beyond the scale on which it can theorize, on which it can generate projects, and beyond its imagination.” And God’s response is Christ, “the man Christ,” who is “God’s love for us.” So what is the Christian in the world? “One who brings to the world that for which the world is waiting and which it does not know: Christ.” 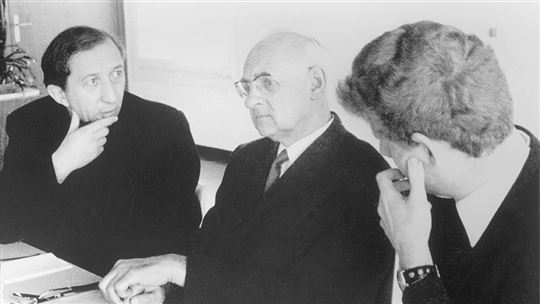 Giussani brought up two of von Balthasar’s practical observations: the first, that “the Church, that is, the Christian reality in the world, is not first of all the ecclesiastical hierarchy. The ecclesiastical hierarchy—he said—is like the structure, the skeleton, whose job it is to give support, but you don’t go to another person and try to attract him to yourself as a skeleton because he would be scared, he’d run away.” The second was “an adversarial Church— what kind of sign of salvation is that?” Giussani agreed with von Balthasar that “the duty that emerges for the Christian, for the presence of the Christian in the world, is to bring about communion.” This, he added, “is the law of the Christian, nothing more.” And, thinking of the movement, he said, “We are together because Christ died and rose again,” so “all your objections to those who don’t do anything, or who always want to be in charge, or who do as they please, or who you don’t get along with, or who leave you alone; all your objections, which are the reason you stay at the edges or the margins of the life of the community—where do they come from? From the fact that, for you, it’s not yet true that we’re together because Christ died and rose again. Because even if you killed my mother I would have to accept you in communion; even if you killed me I would have to accept you in communion—because even if you killed me, you cannot get rid of the fact that Christ died and rose again for our unity.” He recalled that he used to say these same things in his classes at Berchet: “If you come to kill me, what does it mean that I forgive you? That I accept you just how you are, you are one with me, because what makes me one with you is deeper than what you are and what you do: it is Christ dead and resurrected, it is this objective fact that all your ill-will cannot take from me, because you are me, and I accept you. If this guy understands this while he is standing there about to stab me, he will die of rage, because while he is about to kill me he can’t escape me, I embrace him, get it?!”

Giussani also picked up a line of advice from von Balthasar: it was important to be aware that “it is not we who build the unity of the Church; the unity is Christ dead and risen. Because of this, in order to maintain this unity, we must continually dépasser, go beyond all of our experiences.” Giussani agreed, “because its achievement is something that surpasses us, that surpasses our experiences; the death and resurrection of Christ is what brings it to completion. And the absurd begins to take shape—that is, unity among us, which would otherwise be impossible.” He offered a summary formula: “It is not our experiences that build unity, but rather a unity that is the foundation for our experiences. First is a given, a fact that is offered to me: I’m no good ... but this fact offers itself to me anyway. God gets involved ... I and him underfoot anyway. He comes with me!”

Here he referred to an important nota bene: the first thing to do to engage with the world “is not to do or to build, but to accept this involvement that God has made with us,” according to the Biblical rule: “It wasn’t the most capable people who built, who took on projects and adventures, and enterprises; it was obedience to the word of Yahweh.”

Giussani began to address the second part of von Balthasar’s talk, dedicated to the role of the Christian, with a large premise: Christ brings “the answer to humanity’s waiting. An answer that is as much awaited as it is impossible to foresee, to anticipate, to imagine because it is an answer that comes from beyond man; and the most authentic play of human relationships is a symbol, a sign of this.” Von Balthasar, he said, had drawn a comparison with Michelangelo’s painting of the Creation on the ceiling of the Sistine Chapel: “Man, humanity is like that hand and that finger that seeks its object, and its object is another hand. Human hope cannot pacify itself alone. Within history, there is no human figure capable of satisfying our hope.”

In this unfulfilled situation, the role of the Christian takes shape: “To direct hope toward the object of its satisfaction that is among us. The fact of God among us—Christ—who shows himself, more or less covertly or clearly, in the impossible experience of unity among men, in ecclesial communion.” It is a unity that transfigures the structures, the limited, fleeting structures. It changes them from within through divine love. It is only through the Church that these attain a light, a transparency that for man is unimaginable because this is the paradox of Christianity: “That it already achieves—at least a little bit—the experience of the unimaginable; it makes that unimaginable an experience.”

Precisely for this reason, according to Giussani, the Christian cannot help but be “a sign of contradiction when he wants to bring the world beyond the confines envisioned by his politics and his philosophy. Therefore, the shape of Christian action in the world is this: witness.” He concluded with an explicit reference to von Balthasar: “Meeting such a man has awakened in us a great thankfulness to God. Not least of all because it really is a delight to hear a stranger, one of the greatest theologians alive today, so literally confirm (down to the exact words) what we have been telling one another for years.”