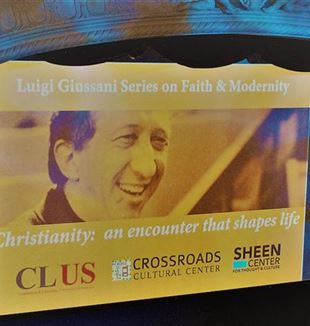 What does it mean to say that Christianity is an encounter?

For those of us who have spent many years in the Movement, these words can perhaps lose their flavor, their richness, becoming a dreaded cliché. And yet, at the second annual Luigi Giussani series on Faith & Modernity, we heard from two witnesses who brought them back to life for us in a way that was fresh and new.

Reflecting on the first chapter of Generating Traces in the History of the World, Dr. Michael Waldstein and Fr. Solanus Benfatti reminded us once again of the gift the Holy Spirit gave to the Church through Fr. Giussani. The Loreto Theatre at the Sheen Center in Manhattan was crowded with expectant faces, many of whom heard about the event through social media, or came to listen to one of their favorite former university or seminary professors. Those of us there from CL noticed that we were in fact in the minority of attendees. The evening became in itself an opportunity to learn once again how prescient the awareness of Fr. Giussani was, as we saw the attractiveness of his life and words drawing the hearts of new people into a deeper experience of Christ. 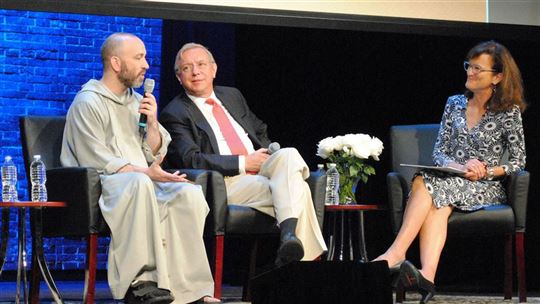 Michael Waldstein, a theologian who originally met Fr. Giussani several decades ago in Rome and has spent the rest of his life following the movement, spoke of the first moment he saw his wife, walking across the room toward him during his early days at a college in California. It’s humorous but also true, he pointed out, that we cannot be married without a spouse – we can have many ideas about marriage, but marriage is only possible within the context of a relationship with someone. The relationship that emerged from that first meeting with this wife has been beautiful, sometimes painful, and full of surprises. None of this could be anything but fanciful notions were it not for the presence of Suzie, his wife, entering into his life and remaining there.

Comparing his encounter with his future wife to our encounter with Jesus, Waldstein meditated on how John and Andrew, hearing the Baptist’s proclamation of Jesus as the Lamb of God, started to follow behind him. When he saw them and asked them “What are you looking for,” they replied simply, “Rabbi, where do you remain.” Then they remained with him that day. Waldstein next brought us to John 15, when Jesus tells his disciples, “Remain in me, as I remain in you…Whoever remains in me and I in him will bear much fruit, because without me you can do nothing.” He showed us how Jesus takes our response to him, our desire to remain with him, and deepens it, drawing us into his own life to remain in him, generating a new life in us. It is this process, involving time and freedom, by which unforeseen events that break into our lives become encounters that shape us. Returning to his meeting with Suzie, and the way that a marriage and family life took shape through that relationship, he pointed out how it is only possible to speak of a Christian life from within the context of an encounter with Jesus. Without this transformative meeting, and the “remaining-in” that it generates, we find ourselves lost amongst arid ethical principles and a list of doctrines. 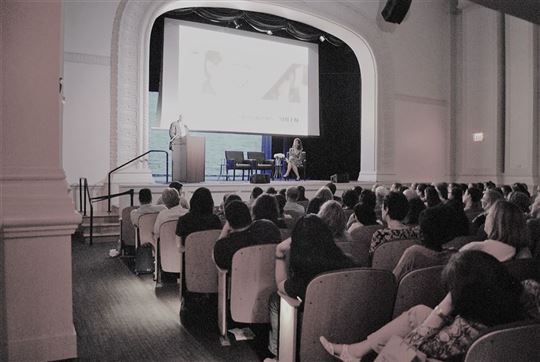 Fr. Solanus Benfatti, CFR, a Franciscan priest and a professor at St. Joseph Seminary in Yonkers, NY, spoke of Andrew’s effect on his brother, Simon, after Andrew first met Jesus. Why did Simon immediately follow his brother to meet the Messiah? He followed him because he knew him, Fr. Benfatti explained, and knew that he had never been more himself than he was in that moment. 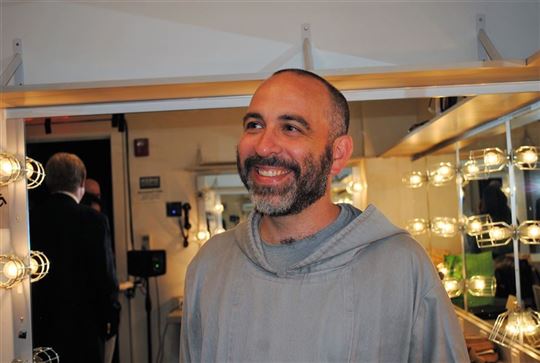 Focusing on what he called the strangest conversation that has ever been recorded, he described the moment when Jesus, looking at Simon tells him, “Now you are Cephas,” and Cephas (Peter) accepts his name without a word. Fr. Benfatti said “Notice that coming to be oneself, to feel to be oneself, does not come about through one’s own work, or planning or effort, or understanding; it comes about through the encounter with another. You receive the gift of yourself from another.” This is a deeply freeing reality, he explained, particularly at the present: “We live in an unprecedented time when on a mass scale we feel an incredible and unnecessary burden to create ourselves. … and we’ve convinced ourselves that I lose my freedom when I depend on another.”

And yet, this interdependence at the core of our being for a Christian should not be so hard to understand, because we believe in a Trinitarian God: “The Son is only the Son because he has always been coming forth from the Father, and the Father is who he is because he is begetting the Son.” We are given to ourselves through a constant act of love, and “this is why it’s beautiful, and freeing, and astonishing and perfect that John and Andrew begin to come to be themselves the day they look into the eyes of Jesus for the first time. It is also why its perfect that once Andrew does so, can now go to Simon, changing his life forever.” Once you begin to come to be yourself, Fr. Benfatti concluded, you can give this gift to others. 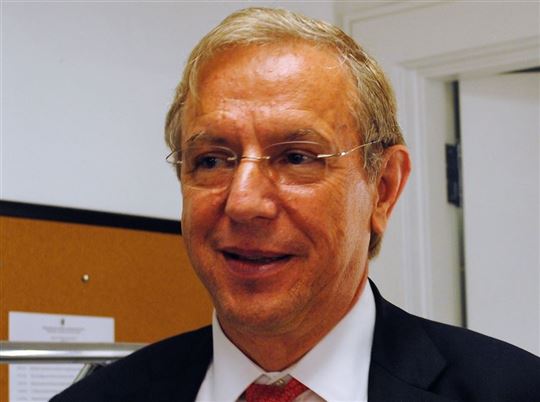 Dr. Waldstein and Fr. Benfatti repeatedly stressed how crucial this encounter with Jesus is to Christianity, and how without this encounter, our faith will be nothing but a series of doctrines and ethical principles, unattractive and unsustainable without the certainty of a presence. In each of these two men’s witness to the role that the encounter with Christ in the flesh had played in his own life, we saw this tangibly and undeniably. As the method given to us by the Holy Spirit through Fr. Giussani continues to reach people across the US, through Fr. Carron’s new book Disarming Beauty, through public events such as this one, and most importantly through the sharing, one person at a time, of our experience of faith and the invitation to “come and see”, we are certain many more who are searching for the Messiah like John and Andrew were that day, will meet him through a freeing and joy-filled encounter with Jesus.