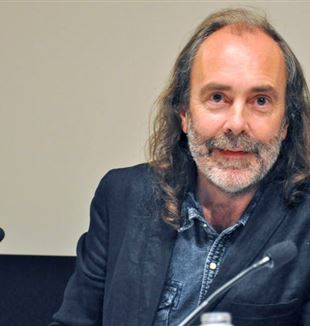 There was a time when people--our grandparents, perhaps--related to the world solely through direct experience. We now mostly interact with it indirectly, through media and the internet that feed us filtered versions of occurrences and, at times, foreign disasters of which we have no detailed knowledge. Not only is it practically impossible for us to comprehend many of these phenomena, but it is also more difficult for us to feel empathy for those involved. Our only option, then, is that of false empathy camouflaged in the subconscious process of virtual morality. We say things that make us seem good, and so we convince ourselves that we are.

It appears indisputably benign to learn as much as possible about worldly occurrences; and the sooner, the better. But is that the case? Why do I, in a two-minute span, need to hear from Google News of a bombing somewhere in the Middle East? The very question shakes us--that is because we’ve been submerged by messages that lead us to equate being “informed” with being “good” people, engaged with the world, preoccupied with our neighbor. But what if it all were, in truth, just a form of entertainment in which our reactions are not what we imagine them to be?

We tend to believe that information is always and obviously good. But perhaps the opposite is true: the propagation of large quantities of information can actually destroy their meaning. Information is, in a way, like food: at a certain point, we can no longer ingest more. However, this is inconceivable in a culture where the idea of being “informed” is increasingly perceived as a virtuous condition. The issue is not that we lack facts, but that our ability to discern them is growing feeble and risks extinction.

Ninety percent of what we call “news” is only stereotyped pietism, a tautological process by which the very emotion of the reader becomes “the story.” Thousands chime in on Twitter, in squares or in Parliament to “stand in solidarity with the victims.” But the facts in the story don’t hold any objective significance in and of themselves: meaning is generated through the appropriation of “the story” by its users. We are “the story.”

Furthermore, it has become increasingly difficult to extract any meaning from the contemporary media society because we cannot tell how much of what we are told is gritty, unmanipulated information, how much of it is propaganda or even how much of it is true. In these cases, we cannot underestimate the possibility of things being said for manipulative purposes, or for that sole purpose, for that matter.

And so we have reached the so-called “post-truth society” and the problem of “fake news,” of scams circulating the web. Everyone talks about it. But maybe the truth is these are merely inevitable consequences of a phenomenon we never paid enough attention to because we stopped comprehending the “mechanism” of our very functions.

They say there is no longer such thing as true facts. But the other side of the issue may be that there are too many facts, and therefore little room for coherence. And this lack of coherence is an issue that is rooted not in facts themselves, but in the educational tools we have available--we, the users and aspiring computers of facts. The “collapse of reason,” in turn, is not solely a phenomenon intrinsic to the individual, but it is inevitably linked to the outer disintegration of the structure of shared convictions. We have a problem our grandparents did not have: after the collapse of a platform of common consciousness, we are increasingly incapable of judgment which may lead us to meaning.

At the root of it all, at the origin of this collapse of human reason, is the negation of what Msgr. Giussani called “the total reality,” the only true source of coherence e can rely on. Our imagination has been overshadowed by dualism: we separated the Mystery from what we deemed “rational” or even “real.”

The human person has experienced something (or better, a few things) that has not been understood or explained. It’s not a philosophical issue, nor is it theological. It’s a concrete issue that paradoxically roots itself in the absence of concreteness. The Enlightenment provoked a disassociation of thought from the senses, from “hearing and seeing and touching and tasting and smelling:” the tools we have always used to discover reality have nearly atrophied due to our improper usage. We have created sensations for the sole purpose of distracting our senses, but at the same time, we have stopped using our senses to work and engage with reality. In a sense (!), we only use our senses accidentally or unconsciously.

For our grandparents, senses were vital not only for their daily engagement with things but for their thoughts too: what they knew and thought came from their way of being in the real, from what they touched, saw etc. Instead, we have been removed from reality; our knowledge is third or fourth hand. Technology gives us the illusion of manipulating reality, but we are dealing with an increasingly remote manipulation in which our senses are quickly atrophying.

Tools have been created by man, after with notable indignation, to extend his possibility of making a mark on the world. But some technological tools are not the same. To affirm their autonomy in a world that is becoming incomprehensible, human beings often risk becoming part of the technology they use. In other words, they enslave themselves to what is claimed to be their liberation.

When the great writer Jorge Luis Borges realized he was going blind, he spent many months walking around Buenos Aires, memorizing everything and transferring his sight from his eyes to his walking stick. When he did go blind, he kept “seeing” with his stick, his memory, his awareness and imagination. No machine could have ultimately assisted him in this endeavor without rendering him invalid (interesting word, by the way…).

I strongly recommend reading the work of an American writer by the name of Matthew Crawford, author of The Case for Working With Your Hands. In Italy, it was released as Il lavoro manuale come medicina dell’anima (Mondadori 2010), but the best title is perhaps the French, Éloge du carburateur.

Why? Crawford is a philosopher and--mind you!--a motorcycle mechanic; his text is an engaging combination of personal experience and philosophical theory. His main theme is the idea that freedom and human reason should ideally reside in a “situated I” for man’s full realization to occur in his interactions with the world, with the specificity of objects and contexts, through mediums such as mechanics, carpentry, sculpting, etc. Therefore, he believes that with the decline of qualified handiwork, something fundamental was lost. Actually, according to him, our epoch’s loss of reason is rooted in the detachment from reality as seen in the majority of jobs.

Crawford speaks brilliantly of unity with reality which becomes possible not only while fixing his bike but also while riding it. The way you take a turn, for example, depends on your knowledge of your bike’s behavior at high speeds, and from this knowledge permeates your body. Like all great critics and thinkers, he is convinced there exists something grander than the eye-catching obvious. For example, he is constantly aware of any squeak because they may indicate an issue with the understeer or a loose joint. It is not enough for his to know what needs to be known, but he seeks what should be known and how this very knowledge relates to the structure of the real, to its purpose, its function. This is, fundamentally, a moral endeavor. “For human beings,” he writes, “tools remind us of a necessary moral search. Since nature only feeds us ambiguous formulas, we are forced to ask: what is good?”

Crawford also looks at what downfalls the Enlightenment’s Great Ideas may have when transformed into cultural reflexes. We have retreated into our heads, removing our attention from the world and this way detaching ourselves from the concreteness of things and other people, convinced that truth and understanding are subjective phenomena that appear in our heads whether we like it or not. But that is not the case.

Jesus was a carpenter. We forget about this, or at least we forget about the meaning of the work he dedicated his adult life to, the craft he learned from his putative father Joseph. He chose to come at a time when he could have been a carpenter, rather than waiting until he could have been an inventor of algorithms. He left us no description of his work, nor did he leave his opinion on it, but I think we can presume his vision was not far from that of his disciple Charles Péguy. Work, writes Péguy in On Money, is prayer: “There was a time when workers were not servants. They worked. They cultivated an absolute honor, as is fit for honors. A chair’s leg was to be well made. It was natural, it was implied. It was primacy. It did not need to be well made for a salary, or in proportion with a salary. It did not need to be well made for a master, or for connoisseurs, or for a master’s clients. It needed to be well made in and of itself, in its very nature.”

We speak of Jesus’ “exceptionality” but we rarely reach beyond that to define what we mean. Part of it is certainly in that those who met him in flesh and bones were fascinated by him and would leave so struck that they spoke of nothing else for days or weeks. Another aspect is the way Jesus always faced problems, unexpectedly, shrinking the obvious in favor of a logic founded on a thought that may appear to us as countering normal intuitions. The parable of the Prodigal Son is a good example: the “takeaway” or the story do not exalt ethics or principles, but a practical understanding of human relationships.

Among the many things we can say about Jesus, however, is that what we perceive in him is the reality of a carpenter. That is, a reality grounded in human situations and one capable of seeing them the way he saw his work tools: realities that spoke to him of a not-so-obvious logic. A carpenter must use his senses to gather enough facts and information to comprehend an issue or a situation. He uses his tools as an extension of his being; not to remove himself from reality, but to deepen his approach to it.

Obviously, this does not explain everything about the way Jesus thought or lived, but it is a useful way of defining how the dimension in which he was, was different from the others. A carpenter must see, touch, perceive. His tools have lives of their own and don’t follow their artisan’s rules. They are his masters and he is conditioned by their eccentricities and caprices.

Being a carpenter or a motorcycle mechanic is not just a perspective: it’s a lifestyle to be discovered.