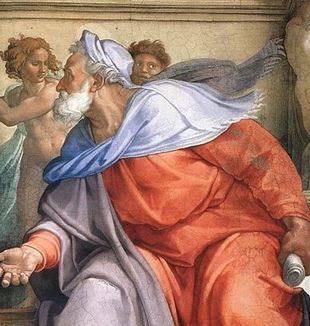 One of the most surprising things about the Bible is the images it uses to express the relationship between God and His people. To speak about the covenant that the Lord established with Israel on Mount Sinai, the Scriptures could have used the imagery of a feudal contract between a king and his vassals, or between an emperor and the countries under his rule. These are the kinds of images that we find in the religious literature of other cultures, which are also found in some places in the Bible. This seems like the most appropriate imagery to state the distance between a God and his people. On the contrary, the prophetic literature of the people of Israel reveals a certain audacity by describing the relationship between the Lord and His people as a nuptial relationship, without excluding anything of what that entails.

The first to use this image is Hosea, whose own life is a sign for Israel: he is forced to marry a prostitute and bear children of prostitution. In the same way, the Lord laments Israel’s actions: “Protest against your mother, protest! For she is not my wife, and I am not her husband. Let her remove her harlotry from before her, her adultery from between her breasts.” (Hosea 2:4) Jeremiah, in turn, goes back to the moment of betrothal in the desert, when the Lord delivered Israel from its bondage in Egypt, before the marriage on Sinai: “I remember the devotion of your youth, how you loved me as a bride, following me in the desert, in a land unsown.” (Jer 2:2) After the wedding, God asks Himself, like an abandoned husband: “What fault did your fathers find in me that they withdrew from me, went after empty idols, and became empty themselves?” (Jer 2:5) Isaiah would also use this image to describe the restoration of Jerusalem after the time of exile: “No more shall men call you ‘Forsaken,’ or your land ‘Desolate,’ […]; as a bridegroom rejoices in his bride so shall your God rejoice in you.” (Is 62:4-5)

But the prophet who takes us even further, who appeals to us through the most audacious and evocative images, is without a doubt Ezekiel. Though he is still very young, the prophet is forced to leave Jerusalem and head to Babylon along with the first deportation ordered by Nebuchadnezzar. He has personal experience of the cause of that drama: the city’s infidelity. But Jerusalem does not understand; the people continues down the same path, following other gods and political alliances without putting its faith in the Lord. Ten years would pass before Nebuchadnezzar would return, destroy the city and the temple, put an end to the monarchy, and send the rest of the population into exile. It is during this period that Ezekiel receives his call, a mandate to preach from afar to warn against the city that is deluding itself.

If Hosea begins from a consummated marriage, Jeremiah from betrothal, and Isaiah from a promise of marriage for a widowed city, Ezekiel’s starting point is the birth of a little girl who will later be wed by the Lord. His prediction refers to the city of Jerusalem, the very heart of the people of the line of Judah and the only thing that remains after manifold infidelities. Hence, we can understand why he speaks of a pagan origin, something not to be said about the chosen people descended from Abraham: “By origin and birth you are of the land of Canaan; your father was an Amorite and your mother a Hittite.” (Ez 16:3) Jerusalem was the Jebusite city, conquered by David. 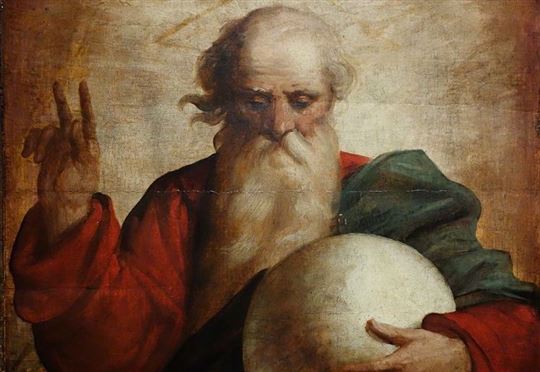 “You Became Mine.” Looking back at God’s great lament over the infidelity of Israel, His spouse, throughout history, we discover all the blessings the Lord conferred on His people. Because of this infidelity, any kind of justification for Israel is impossible; the infidelity was inexcusable; it was a sign of an ungrateful and unreasonable people. In Ezekiel 16, the account begins by describing the birth of the city (represented by a baby girl), which because it is pagan does not enjoy the benefits of the covenant. Instead, she is cast out into the world without even cutting the umbilical cord, as was an actual practice in that culture when the newborn was not male. No one has compassion upon her. But here we see the first blessing every part of creation receives, even outside the covenant: “Live in your blood and grow like a plant in the field.” (Ez 16:6-7) Life is a gift from God. That little girl survives because it is God’s will, even though she is like the grass in the fields, outside the care that comes within the covenant. In fact, the Jebusite city had escaped extinction—it was not one of the early conquests of the tribes of Israel. It survived like a wildflower.

In this “savage” context, the little girl begins to grow up into a woman. It is then that the time for love comes: “I passed by you and saw that you were now old enough for love. So I spread the corner of my cloak over you to cover your nakedness; I swore an oath to you and entered into a covenant with you; you became mine, says the Lord GOD.” (Ez 16:8). The Lord’s free initiative bends over that young woman to marry her, welcoming her into the covenant. This is exactly what happens when Jerusalem is conquered by the hand of King David, who would later make her the capital city of his kingdom. We do not have to wait to see the effects of this unmerited preference: the woman is washed (she was still covered in blood), purified (she belonged to a pagan people), and anointed with oil (like a queen). These are all signs of the care that is proper to the covenant, described in nuptial terms.

Next comes the rite of ornamenting the bride with clothing and jewels, an expression of the affection the Lord has for her. Then follows the description of the foods she relishes, no longer the foods of a savage beast. The text enters into the smallest details, all dominated by the initiative of the Lord, who takes care of every tiny detail out of love for His bride. The news of the results spreads throughout the lands: “You were exceedingly beautiful, with the dignity of a queen. You were renowned among the nations for your beauty, perfect as it was.” (Ez 16:13-14) This was the height of the splendor of Jerusalem at the time of King Solomon, when the Queen of Sheba came to contemplate the beauty of the temple, monuments, and walls of the city. The meticulous nature of the description brings the origin of all Jerusalem’s beauty to light: “because of my splendor which I have bestowed on you.” (Ez 16:14)

A Radical Affection. And then we reach the betrayal, which the Lord bitterly laments. In verse 15, the theme of the story shifts from the Lord’s actions to those of the wife/Jerusalem. “But you were captivated by your own beauty, you used your renown to make yourself a harlot, and you lavished your harlotry on every passer-by.” (Ez 16:15) The beauty given by the Lord did not become an occasion to turn toward the beloved, full of gratitude. Instead, Jerusalem mysteriously does not recognize Him, and instead turns to her lovers (idols and political alliances with other nations). All of the garments and jewels she received from the Lord, which were signs of the passionate affection of her Bridegroom, were instead used to adorn other altars […] to ask for the affection of idols who could not give it. The food, which reflected the masterly tastes of the Lord, were placed before inanimate images as an offering of rich smells […] seeking companionship from idols who could not provide it.

As Pope Francis and Fr. Giussani have pointed out, it would be hard not to recognize ourselves in this excerpt. Like Jerusalem, we need a new heart in which radical affection dwells as a judgment. It is here that the Lord, moved to pity for his people, decided to make something new. Face to face with Jesus, Peter, the betrayer, becomes the first witness of this new creation.