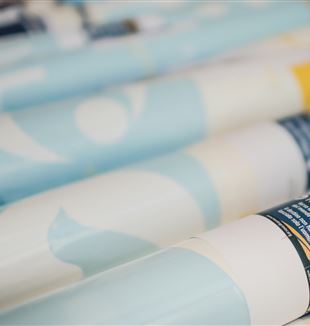 How will the Meeting of Rimini embrace the challenge made by the title of the 35th edition? We will leave that to be discovered in August, however we can at least preview the themes and guests:

The Custodian of the Holy Land, Fr. Pierbattista Pizzaballa will give a testimony on “Dialogue: The only way to Peace.” Ukranian philosopher, Aleksandr Filonenko, will speak on the title of this year’s Meeting “Destiny has not left man alone.” Prof. Joseph H. Weiler of the United States will discuss Europe and its surroundings, while the Arab world will be present thanks to the young Egyptian women of SWAP (Share With All People), accompanied by Wael Farouq, Professor of Arab Language and Culture in Cairo.

Monsignor Silvano Maria Tomasi, Permanent Observer of the Holy See at the United Nations, will speak about immigration along with Giuseppe De Giorgi, Commander in Chief of the Italian Navy. Religious freedom will be the topic of debate with Pakistani minister Paul Jacob Bhatti and H.E. Ignatius Kaigama, Archbishop of Jos in Nigeria. 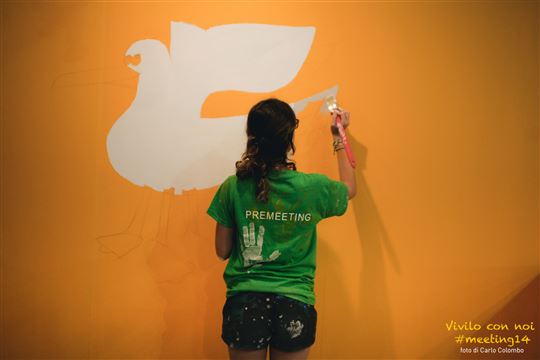 Guzmán Carriquiry, Secretary of the Pontifical Commission for Latin America, will speak about the challenges facing the South American continent along with Cardinal Gualtiero Bassetti, Archbishop of Perugia. On rights (old and new) and other related issues: O. Carter Snead of the University of Notre Dame and Tomaso Emilio Epidendio, Assistant Magistrate of the Constitutional Court of Italy, will be invited into a dialogue by Andrea Simoncini, Professor of Constitutional Law at the University of Florence, meanwhile Guido Brambilla, Magistrate of the Surveillance Court of Milan and Patrizia Colombo from the Homo Faber Cooperative at the District House in Bassone (Como) will speak about liberty “behind bars.” Luciano Violante and Javier Prades López, President of San Dámaso University in Madrid, will address matters of justice and charity.

Journalist, Michele Brambilla and Egidio Bandini, president of the “Friends of Giovannino Guareschi,” will tell the story of Don Camillo together with their two children, Carlotta and Alberto. Laurent Lafforgue, professor of Institut des Hautes Études Scientifiques, will discuss “the fascination of research” with the French peleo-anthropologist Yves Coppens. Alberto Savorana’s, Life of Father Giussani, after its monthslong tour, will arrive at the Meeting together with the Buddhist monk Shodo Habukawa, philosopher Massimo Borghesi, and sociologist Mauro Magatti.

Basketball coach, Marco Calamai and Massimiliano Ruggiero from the project “Difficult Youth, Winning Perspectives,” along with Pedro Samaniego, from Paraguay, will explore the world of sports as an occasion to help young people.

And this is only the beginning…