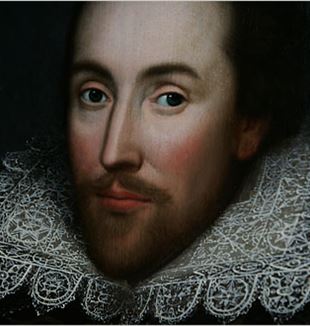 If, on the one hand, what many Shakespearian academics say is true, that “there are no heroes, only men” in Shakespeare, then it is also true that man only exists in Shakespeare in so far as he constitutes a question about man. In Shakespeare, man is, in so much as he bears the drama of this inescapable question within: What is man? What am I? His greatest characters embody precisely this question; indeed, they personify it: Shakespearian man undertakes the inexhaustible quest to discover the “I.”
This “I” finds itself not as the subject of reflection, but as a place for a relationship: “…for the eye sees not itself, But by reflection” (Julius Caesar). It is in a relationship with another that the “I” discovers him or her self–in an untiring openness to something new. In such an openness, a king–who has always had everything without any effort–while dancing with a woman may exclaim: “O beauty, Till now I never knew thee!” (King Henry VIII). It is an openness that makes Antipholus, in The Comedy of Errors, declare his only certainty in a sea of confusion: “It is thyself, mine own self’s better part, Mine eye’s clear eye, my dear heart’s dearer heart, My food, my fortune and my sweet hope’s aim,” and that has Florizel, in The Winter’s Tale, say, “For I cannot be Mine own, nor any thing to any, if I be not thine. To this I am most constant.”


WITHOUT DESIRE THERE IS NO PERSON. We find the same openness expressed in the Sonnets, which were all addressed to a beloved “You” to such an extent that beyond that relationship no other full conception of self exists; there is no understanding of one’s own stature: “But from thine eyes my knowledge I derive, and, constant stars, in them I read such art as truth and beauty shall together thrive, if from thyself to store thou wouldst convert; or else of thee this I prognosticate: Thy end is truth’s and beauty’s doom and date”; “Upon thy side against myself I’ll fight,” and in a dialogue that is so profound that it makes a man claim, “And you in every blessed shape we know.”
The story of a man is always the story of a desire: there is not a single work of Shakespeare that does not support this supposition. Even the unstoppable thirst for power that brings about the ruin of many of his characters is a sign of a discomfort in remaining still, of a perennial dissatisfaction with abiding by the boundaries of one’s own starting point. Shakespeare reveals not only the greatness of this restlessness to us but, above all, its perversions. We only need to consider Richard III, born lame and deformed, who, through his very shortcomings, discovers a hunger: an unrestrained and evil hunger, but a hunger nevertheless that presents itself in the form of a dramatic desire. Here, the word “dramatic” must, above all, be understood as also comprising the theatrical sense of “action”–for Shakespeare, the human drama coincides with its scenic equivalent on the stage, one that does not disclose itself through a series of conceptual explanations but through the awakening of relationships, through an act of freedom. Richard is never definitively compromised; instead, from time to time, he has to make a choice.

“What power is it which mounts my love so high, that makes me see, and cannot feed mine eye?”

DIVIDING POWER. Ambition, for Shakespeare, is nothing other than an aspect of desire. It is not a defect in itself but the introduction of a space. The tragic ambitious Shakespearian characters are not evil because they desired greatness, but because they subjected themselves to an inadequate measure to obtain it–they misunderstood the nature of their own desire. Indeed, Richard will state: “I shall despair. There is no creature loves me; and if I die, no soul shall pity me: Nay, wherefore should they, since that I myself find in myself no pity to myself?” If, on the one hand, the misunderstood desire always falls back on itself–“Nought’s had, all’s spent, where our desire is got without content.” (Macbeth)–desire, on the other hand, correctly understood can blossom into a question and a hope that far exceed one’s own feelings: “What power is it which mounts my love so high, that makes me see, and cannot feed mine eye? …Impossible be strange attempts to those that weigh their pains in sense and do suppose what hath been cannot be” (All’s Well That Ends Well).

Where man consists in a desire that reveals itself in the relationship with an other, power always endeavours to separate man from his desire, to separate the individual from the general, as with Brutus and Caesar: “…for my part, I know no personal cause to spurn at him, but for the general…. O, that we then could come by Caesar’s spirit, and not dismember Caesar! But, alas, Caesar must bleed for it!” (Julius Caesar). And here is what power does to Othello: “But there, where I have garner’d up my heart, Where either I must live, or bear no life; the fountain from the which my current runs, Or else dries up.” In a word, where “There is scarce truth enough alive to make societies secure” (Measure for Measure) and where confusion has turned “That would make good of bad” (Macbeth), thus there is no greater error than to entrust one’s own salvation to the fates of the world–an error that the Shakespearian characters denounce in a poem reminiscent of the Psalms: “O momentary grace of mortal men, Which we more hunt for than the grace of God! Who builds his hopes in air of your good looks, lives like a drunken sailor on a mast, ready, with every nod, to tumble down into the fatal bowels of the deep” (Richard III).

“Impossible be strange attempts to those that weigh their pains in sense and do suppose what hath been cannot be.”

A RADICAL IDEA. In this world of unassailable logic, only a totally gratuitous gaze can break up and scatter the cards. In Measure for Measure, Isabella reminds us of this when she seeks to crack the inhuman severity of Angelo the judge: “No ceremony that to great ones ’longs, not the king’s crown, nor the deputed sword, the marshal’s truncheon, nor the judge’s robe, become them with one half so good a grace as mercy does. …Why, all the souls that were were forfeit once; and he that might the vantage best have took found out the remedy. How would you be, if He, which is the top of judgment, should but judge you as you are? O, think on that; and mercy then will breathe within your lips, like man new made.”
The link between each gesture. Shakespearian drama is always about knowledge: man does not just want, but he needs to know the link that ties each gesture with the meaning of the whole. Each act reveals a radical underlying idea. One goes from the bitterness of Antonio who, in the Merchant of Venice, states that the world is “A stage where every man must play a part;” to the desperation of Cleopatra: “there is nothing left” (Anthony and Cleopatra); from the Fool that sustains that “Truth’s a dog must to kennel” (King Lear); to the question by which Alonso, in The Tempest, notes that “some oracle Must rectify our knowledge;” and finally to the most tremendous nihilist statement in European literature, pronounced in the fifth act of Macbeth: “Life’s but a walking shadow, a poor player that struts and frets his hour upon the stage and then is heard no more: it is a tale told by an idiot, full of sound and fury, Signifying nothing.” Everywhere in Shakespeare one can hear the loud cry for meaning that breaks forth and illuminates life’s choices. Yet even in despair a question lurks that almost no one has the courage to ask: “What great hope have you! No hope that way is another way so high a hope that even ambition cannot pierce a wink beyond, but doubt discovery there” (The Tempest). “What a piece of work is a man!” exclaims Hamlet–and yet not even this is enough. “We know what we are, but know not what we may be,” Ophelia claims, bearing witness to the tension that permeates each Shakespearian text and ensures it is still relevant today–the perception that man lives and consists in a dramatic and vertiginous relationship with his destiny. It is a drama that is not the sign of censoring something but of a link, of an indissoluble reciprocity.