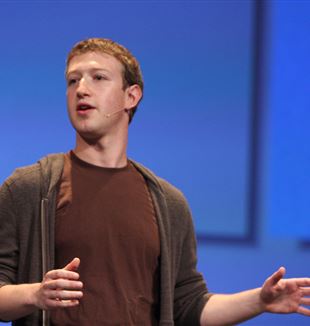 The perfect analogy to explain what Facebook is, 10 years after its foundation, was inevitably outlined by Mark Zuckerberg: “Facebook is like electricity,” a structural condition for the functioning of everything, yet taken so much for granted that no one stops to reflect on the revolutionary scope of the electrical grid and its infinite applications. In short, it is a given–just as Facebook is a given in the sphere of social networking.

The founder of the Menlo Park, California, company used this comparison in order to respond to the President of the United States, Barack Obama, who, in a recent informal conversation overheard by a journalist, said that Facebook is no longer cool. “Maybe electricity was cool when it first came out,” commented Zuckerberg, “but pretty quickly people stopped talking about it because it’s not the new thing. The real question you want to track at that point is: Are fewer people turning on their lights because it’s less cool?”

Unconscious Habit Facebook may have ceased to be the dominant topic of conversation in the world of technology and social media, but it has not ceased to be a fundamental instrument. Traces asked three managers at Facebook (all of whom requested anonymity due to “company dynamics”–a mystery, in a colossus that lives off of our exposition on the virtual wall) to comment on a phenomenon that has radically changed our way of communicating. They spoke of Facebook as a web “infrastructure” or “scaffolding”–it is a structure, they say, whose scope is “to offer a frame in which users can navigate using different languages and instruments.”

It is mistaken, therefore, to think of Facebook as a particular social environment transferred to the digital sphere.

Instead, its strength consists in being “a prerequisite, an environment that is inside all environments.” The fact that, 10 years later, people are not talking about it as much, or that statistics even indicate that teenagers are abandoning the platform– a claim that is, however, disputed by Facebook–is interpreted positively by the managers. It means that the structure has already passed from the frenzy of the social network revolution to digital life as unconscious habit. And it is precisely this pervasive capacity that gives rise to some different considerations 10 years later.

In his message for the 48th World Communications Day, Pope Francis speaks of the Internet as “a gift from God,” but he also offers a critical reflection on “certain problems” of what, after 10 years, is no longer the social network revolution, but a stable structure. “The speed with which information is communicated exceeds our capacity for reflection and judgment, and this does not make for more balanced and proper forms of self-expression,” writes the Pope. And he adds, “We need also to be patient if we want to understand those who are different from us. People only express themselves fully when they are not merely tolerated, but know that they are truly accepted.”

Furthermore, Francis emphasizes the crucial difference between connection and encounter, two categories that are never interchangeable: “It is not enough to be passersby on the digital highways, simply ‘connected’; connections need to grow into true encounters. We cannot live apart, closed in on ourselves. We need to love and to be loved. We need tenderness.” 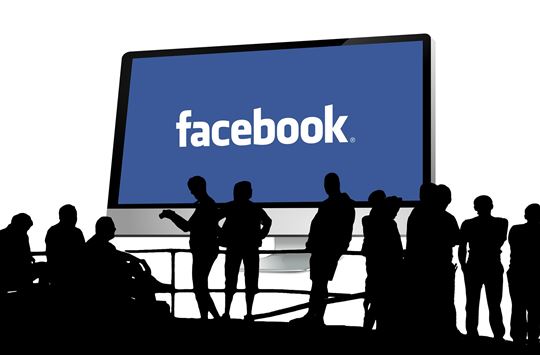 Alone Together
Speed, balanced and proper self-expression, patience, acceptance, connection, encounter, the need to love and be loved: the social network, with its connective force and its risk of reducing relationship to mere contact, challenges the very meaning of these categories. Just think, for example, about the evolution of words like “friends” or “share,” pillars of the relational structure that is man. “Sharing” risks sliding into an incessant, whirling process of updates on one’s mood, comments, skimming, newsfeeds, tags, selfies. MIT sociologist Sherry Turkle, who published a book on isolation and social networks entitled Alone Together, recently wrote that “we have sacrificed conversation for mere connection,” a degraded relationship in which the other becomes–to return to Francis’ terminology–a “wire” in the network, not a person. This dynamic is confirmed by a young marketing expert who works for Facebook, one of the three who agreed to discuss the subject with us: “The truth is that I don’t even know some of the co-workers on my team. We communicate every day, we exchange information continually, but what I know about them is limited to their Facebook profile– which we also use as an internal work network.”

Along with the topic of the reduction of relationships, there is also that of the selection of content in the vast sea of the Internet. Facebook offers criteria with which to select new friends, proposes content on the basis of our preferences, suggests paths, and guides the experience of billions of digital “I”s who would otherwise be lost. There are some who maintain that all of this extremely calculated channeling of users toward contacts and activities that are pleasing–that is, compatible with one’s own profile– tends to create a digital space where all that is unpleasant, or not immediately satisfying, is excluded.

Spike Jonze’s latest movie, Her, is the representation of the “selective” character of a machine taken to its extreme consequences. The protagonist falls in love with a voice, produced by artificial intelligence that is programmed to be perfectly–and dynamically– compatible with the desires of its interlocutor. This is perhaps the first time that a movie proposes the idea of a completely personalized utopia (or better, dystopia). There is no Big Brother who scrutinizes everything and rules from the height of his power, but rather a sinuous software that absorbs the input of an individual and unique interlocutor, and reprograms itself accordingly. With a click, each user can access his personalized relational utopia. A third point for reflection concerns the commitment that a relationship always entails. How has Facebook changed the level of involvement required in a relationship? Writing a line on a friend’s wall or commenting on a picture are less demanding gestures than a conversation–or a phone call, or even a text message and its derivatives, which nevertheless preserve a personal character.

One of our contacts at Facebook explains, “I think that it has radically changed relationships, but this also happened with the telephone and television. The risk that it can render relationships more superficial and empty exists, just like the risk of reducing knowledge to gossip–but doesn’t it exist in ‘real’ life, too? Certainly, Facebook’s strength is that of creating a network of contacts with people who do not know each other well, or who are part of an older phase of life, like your elementary school classmates. But nothing can take away the possibility of having real relationships.”

Inevitably, it all comes back to the eternal question about the neutrality of the means of communication. That is, is neutrality indeed the direction in which the social network is developing, in order to become more of a frame to be filled as one pleases, empty space in which to outline one’s own digital life? Francis speaks clearly about this, too: “The impartiality of media is merely an appearance; only those who go out of themselves in their communication can become a true point of reference for others. Personal engagement is the basis of the trustworthiness of a communicator. Christian witness, thanks to the Internet, can thereby reach the peripheries of human existence.” In short, the person is the presence that fills the infrastructure with an identity, bringing about the passage– which is anything but automatic–from “connection” to “true encounter.” And, in the end, this is the aspect that makes the real difference.

NEW QUESTIONS. Ten years ago, in a now-famous dormitory at Harvard, a young man created the platform that raised these and many other questions, even creating new ones, with the refinement and boundless expansion of the structure of the social network. Today, Facebook is a giant quoted on Wall Street, with 1.2 billion users all over the world, and worth around 130 billion dollars, a wealth produced by selling the information that users freely concede. Just as freely, Facebook offers the possibility to remain constantly connected to everyone, to the point that we risk not realizing the importance of the questions that this digital life raises–just as we no longer realize how revolutionary electricity is, now that it’s not cool anymore.