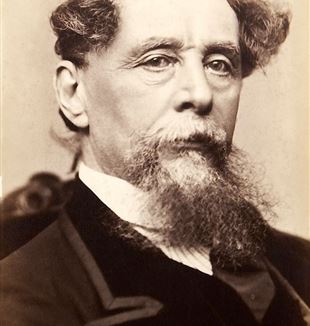 The two hundredth anniversary of the birth of Charles Dickens offers us not only the occasion for speaking of one of the greatest novelists of history, but also, and above all, for reflecting on the sense of a word and an action whose meaning, despite appearances, is more foreign to us today. For Anglo-Saxon culture, and not only, Dickens was the quintessential storyteller. But what is a storyteller? What does it mean to tell a story? It is not a question for a literature teacher, because it has to do with the very existence of a world, a civilization, a society.

Without too much exaggeration, we can say that where there is no storytelling, there is no civilization. Storytelling has to do with politics, with economics, with finance, with society, and with history. It is the thread that ties human consciousness to these things, making them legible, comprehensible.

But there is another basic aspect. This legibility, this transparency of the world and of history in stories, is not something for the few intellectuals, for know-it-alls, for journalists and commentators–in other words, for the mediators between our humble life on one side and the inscrutable designs of Fate on the other–who occupy television studios and sit on top of the best-seller lists.

In storytelling, we don’t have mediation. It exists if there is a people, because it is bound up to a people, it expresses its point of view, its thought, its life. Today, the novelist (and there are quite a lot of good ones) is in any case an entertainer. His work is measured on television; his main role is that of entertaining the spectator.

Today, the novel gambles mainly on its capacity to entertain. If it offers knowledge, it is partial knowledge, interstitial, what is left over after the newspapers, TV and radio, the Internet, and social networks have had the lion’s share of information. People buy novels to be entertained, to have new sensations, to avoid the daily monotony, not for knowledge.
Dickens’ novels, instead, like those of Dostoyevsky, Tolstoy, Balzac, Victor Hugo, and many others, staked their money on their ability to tell stories–not so much to inform, but to offer knowledge that reflects the judgment, the intelligence, and the consciousness of a people. David Copperfield, Oliver Twist, and Little Dorrit, three of Dickens’ masterpieces, are not just a point of view on English society and its injustices, but reflect the sensitivity with which the English people lived those injustices, finding in them cause for despair, but also reasons for hope.

Trust in man. Almost all the great writer’s production was published through a medium inconceivable today–periodical magazines. The novels came out in parts, so that the first chapters were already printed and in the hands of the readers when the writer himself didn’t know how the story was going to end. This explains why the stories are not linear, why the schemes get complicated, and the secondary themes develop alongside the main plot without coming back together.

The Dickens novel is not a completed form, a well-measured whole, according to the canons of classic aesthetics. If a secondary character arouses the public’s attention, or goes down well in the characterization, then it becomes a principal character; the author indulges in it, and exploits it more.
As he grew older, Dickens became the editor of his own serialized works, transforming his own narrative capacity into an economic enterprise. This was a sign, if one was needed, of the perfect identification between story and action. His enterprise (in the concrete meaning of the word: economic fortune and business) is made of the same material as the lives he narrates.

In 1836, at the age of 24, the young Charles, a theater buff and law journalist, already affirmed as a humorist using the pseudonym “Boz,” published the first of his masterpieces, The Pickwick Papers. Although Dickens soon abandoned the humoristic style, The Pickwick Papers remains a fundamental text for understanding his work as a whole. In the adventures of Mr. Pickwick and his bizarre friends, we have a picture of a naïve and pure England, capable perhaps of cruelty and ferocity, but animated by a profound trust in man.

This largesse that we can perceive in the famous A Christmas Carol, is like a background note that, in the later works, will always be perceptible despite the crudeness of the themes and the cynicism of industrial society in the 19th century, with which Dickens’ novels will be more and more engaged. In a world in which the only dimension of man seemed inexorably to be the social, with all the brutality that this reduction involved, the Dickensian man is a man who is looking, as it were, for the way home. Man is not simply a brute thrown into the world by chance, using all his resources to keep afloat amidst the storms of life; he has within him a constructive nostalgia, the awareness of being made for something more.

Without forcing the argument, we could speak of a biblical thread. In David Copperfield (1850), Dickens’ most famous novel, the orphan David’s expulsion from the house where he was born after his mother’s second, disastrous marriage, seems a kind of expulsion from Eden (even though here the original sin lies in the absence of his father, which makes every observance of the law impossible). Yet, as he embraces for the last time his beloved nurse, Peggotty, who in the force of the embrace loses some buttons from her blouse, he knows that their bond is forever. He picks up one of the buttons and puts it in his pocket, as if to say: One day, I’ll come back and bring you the button.
An autobiographical novel, David Copperfield unites an extraordinary inventive vein with a merciless, realistic, and anti-romantic reading of social reality. The positive view of the author enables him, at times, to express bitterness along with disgust; beauty gives him the courage to look at the ugliness, without having to deny anything.

Industrial society shows all its faces to this implacable writer, more and more loved by hundreds of thousands of readers who identified themselves with him. Already in Oliver Twist, when he was only 20 years old, Dickens had presented a good-natured young boy who ended up by chance in the underworld of London, living the life of a criminal. I read this novel many years ago, and still remember vividly the impressive gallery of human characters represented there. The cruelty, the crime, the human degradation are the consequence of actions in which freedom decides to become the slave of a passion, an interest, or a vice. Despair! That is the real brutality. “We shall never escape it,” says the corrupted heart, “so let’s get drunk!”
On the other hand, in Oliver, hope appears as a feeling without a name, a sense of being lost, like a child who, in the ugliness and the confusion of the world, doesn’t know where to go, but knows that somewhere the place he is looking for exists. For him, hatred and resentment are incomprehensible, artificial feelings.

We find the same clarity in another partially autobiographical novel, Little Dorrit. The heroine, Amy, was born in the well-known debtors’ prison, Marshalsea (where Dickens’ own father was held). Mr. Dorrit’s family live there to be near their father, William, imprisoned after unwise business dealings. Little by little, this daughter becomes a support for her father, and will be the means of his redemption by winning the inheritance that will enable her father to be freed from the of Marshalsea and begin to live again. Once he is freed, however, William takes up the attitude of the rich and superficial man he had always been. Though his humanity had blossomed in misery, his wealth throws him back.

The worldly environment into which the old man wants to place the girl is foreign to her, a child of the Marshalsea, and the man that her father has lined up for her as a husband disgusts her. She will end up going back to the prison to marry the man she has always loved and who, taken ill in the meantime, has been sent there after being cheated.

Here, the more the characters are pushed to the margins of a society that is founded only on money, the more they grow in human intensity. Among society’s rejects, Amy finds true human nature, which is not born to dispose of itself (as the rich man mistakenly believes), but to make a gift of itself.

Sign and Mystery. In this great genius, in whom England has recognized itself as in no other author since Shakespeare, that recounting of human experiences, that delving into biographies, is part and parcel of that storytelling, that capacity to read the mystery of history in relationship to the mystery of the human person that we feel lacking today.

The Odyssey, the Bible, the Divine Comedy, War and Peace, and The Brothers Karamazov are also milestones in an immense narrative which is the distinctive sign of our civilization. Our civilization has always preferred the narration of facts, their deep bond that we have called Mystery, to the numinous, the imaginative, the sacred understood as atmosphere. And it is on the existence of that bond (or the lack of it) that its drama has unfolded, and continues. So the narration of it must go on.