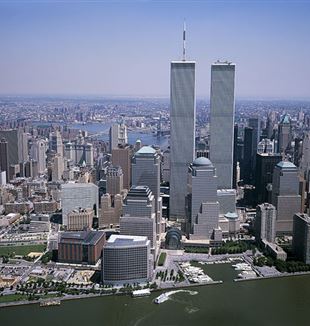 It can be argued that, although lives went back to their routines, these past ten years have all been varying stages of “the aftermath,” which continues. No amount of time has erased the event from the collective and the individual memory, particularly of writers and artists living in post-9/11 Manhattan. Paolo Valesio, professor of language and literature at Columbia University, discusses the drama of 9/11 in terms of the written expression and his own personal change and tighter embrace of what is truly human.

How has the concept of the American Dream changed, in your mind, since the events of 9/11?The American Dream, which can be interpreted in many ways–as many ways as there are people–has, at its root in every interpretation, the idea of freedom.

Since I am a poet and writer, I am inclined to comment on freedom of speech. I noticed something troublesome after what happened in 2001: a kind of self-censorship. I remember reading a newspaper article in which a government personality was quoted as commenting on how “we must be very careful of what we say…”–fear dominated during a moment in which risking could have brought us to another level of understanding. The language of guilt and vengeance was, perhaps, repressed— displaced into the two wars.

But there was a lot of emotive poetry coming out. Amongst the people, students and non-students, the young and the not-so-young, there was such an outpouring of expression–so many pieces of paper, like seeds in the dirt! Have these seeds yielded any fruit of change over the past ten years? I hope that the risks those people took in their writing, unpolished as it was, may have led them to an opening up.

As an American citizen who wishes to embrace and live the full trajectory of what real freedom means, since that moment my habitual distaste for fear and restraint in writing, for the sanitization of expression, has considerably increased. And in this, I find myself putting the human ahead of the intellectual. What opened up for me was the realization that friendships are what matter, not politics. You have a great intellectual grounding, having spent years at Harvard, Yale, and now Columbia… The Ivy League is a beautiful but rather artificial world to be living in, and one runs the risk of becoming attached to academic prowess or even political ideology.

The Twin Towers taught me that we must value the human, we must care for each other. I think what will always remain in the collective memory of this city, and maybe all the USA, is the experience of this almost tribal friendship we shared. There was no looting; everyone went to the churches and synagogues and other places of unity and reflection; we all reached out… Now, as is maybe natural, we have backslid into mundane life again, but I think New York’s rediscovery in 2001 of its vitality, its taste for life, is an awareness that lingers.

And what about your own work, then and now? At the time, I wondered if it was proper to write poetry–poetry can be seen as ornamental, you know. I did not want to “decorate” this tragedy with poetry, so I was hesitant. But I was moved by total adhesion to the dead and that inspired me to begin to write of the event. I published two poems expressing this sorrowful solidarity, but I almost immediately discarded an angry poem I attempted; it did not capture anything of the moment. There was widespread interest at the time in W. H. Auden’s poem, “September 1, 1939,”And I retain my sympathy with the too-often quoted line in it: “we must love one another or die.” And even if we accept the variant reading, “we must love one another and die,” what remains for me is an active sense of love as a down-to-earth, daily experience.