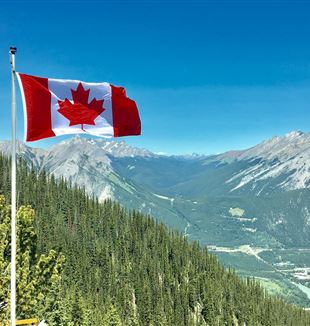 Bill Gairdner is remarkably sanguine for a writer who has published two books entitled The Trouble with Canada and The Trouble with Canada Still. "I am a born optimist. When I listen to my kids and their friends, I hear a lot of anger about what's been left to them to clean up. There's also a lot less fear about speaking out," Gairdner says from his home near Toronto.

His perception of change may ring a bit hollow mere days after Canadian parliamentarians passed legislation that would extend federal human rights protection to cross-dressers, transsexuals, the transgendered, and anyone else who "self-identifies" as a member of the opposite sex.

It also comes shortly after the Canadian Supreme Court struck down parts of the federal government power to use criminal law to control new reproductive technologies.

And it comes as a recently par­­­oled murderer, Robert Latimer, has given high-profile media interviews lashing out at the "religious sadists" whom he blames for keeping him behind bars for 10 years. The Saskatchewan farmer put his severely handicapped daughter in a homemade gas chamber and asphyxiated her, but the Canadian media meet and greet him like the Nelson Mandela of mercy killing. Latimer's public outburst might be the tipping point for an all-party committee in Quebec that is concluding a year-long series of public hearings on whether euthanasia and assisted suicide should be re-classified from criminal offenses to standard medical treatments within the province's health care system. Many opponents of such a legal, political, and social revolution have been maligned at the hearings as Catholic fanatics seeking to "impose their morality" on their fellow Quebecers.

Paradoxically, parents at a private Catholic school in Montreal have been forced to go to Canada's Supreme Court to uphold a lower court decision allowing the teaching of Catholicism as truth. The Quebec government has rejected the lower court ruling and insists it should be able to impose its Ethics, Religion, and Culture curriculum in all schools, public or private. The curriculum is based on the notion that the teaching of religion must be done on a "neutral" basis; that is, no one religious faith can be held to be true. Gairdner is fully aware of the horrifying effect of these, and many similar developments, on Canadian politics, morality, culture, and life. He has been writing books warning about them, and on the front lines fighting against them, for more than two decades.

A former Olympic decathlete with an MA in structural linguistics and a PhD in English literature from Stanford University, he has been treated as an intellectual pariah by Canada's cultural left for his unapologetic criticism of the country's "progressive" dogmas. His answer has been to write bestsellers urging Canadians to fight on against the current cultural tide.

His message actually draws from his linguistic background that, he says, taught him to look at "deep structure" rather than being distracted by surface symptoms. The trouble with Canada, he believes, won't be rectified by something as essentially superficial as electoral politics. Canada, he argues, didn't become the only country in the world without any law governing abortion, or one of the first countries in the world to fully legalize homosexual marriage, just because a particular political party was in power. The 1982 Charter of Rights and Freedoms, which has driven most of the significant destruction of the country's social fabric, was the work of a liberal federal government. But the decriminalization of abortion, the legalization of homosexual marriage, and even the current gender-identity law, all happened under conservative federal governments.

THE SOVEREIGN INDIVIDUALIST
In the process, Gairdner points out, Canadians have become captive to an internally incoherent ideology he calls "libertarian socialism"–absolute individual autonomy within an all-powerful State. "Everything to do with your body is considered a libertarian zone. It's all about the completely sovereign individualist. Everything outside your body is considered the [territory] of the State. As a country, we are fighting a war of allegiance between the State and civil society."

But the damage goes even deeper into the social structure. On his website, he warns of Canada dividing against itself not on the basis of political jurisdiction (i.e., the long-standing threat of French-speaking Quebec separating from the English-speaking remainder of the country) but as a "tripartite state" in which one-third of the population creates wealth, one-third works for the government, and one-third is highly dependent on government for a significant portion of its income. "Anyone can see that the last two segments will always gang up on the first," he says.

The effect will be to tilt the field inexorably in favor of the State and away from free associations such as families and religious communities. "What happens under libertarian socialism is the atomizing of social networks that leave citizens defenseless against the State. Think of the power of a million families against the weakness of a million individuals. The State wins against individuals every time," Gairdner says. His concern is consistent with the thinking of Douglas Farrow, a professor of Christian thought at McGill University in Montreal, who has published an article in the latest issue of the American magazine First Things arguing that the State in Canada is extending its powers to the very re-defining of human nature. "We started down this road… when we added sexual orientation (to human rights codes), an identity marker that is not anchored in the biological or the institutional," Farrow writes.

"But until now we have stopped shy of markers that explicitly combine the subjective with the behavioral. We have not asked, for legal purposes, whether a Canadian behaves like a Canadian or a Catholic like a Catholic or a man like a man. Those are extra-legal questions belonging to civil society, and it is important that they remain such, lest law (as Solzhenitsyn worried) absorb us altogether."

A TURNING BACK
Crossing the extra-legal threshold, Farrow says, leaves Canadians at the mercy of "neo-gnostic" forces within the governing classes whose end is "to entrench in law the notion that [human nature] is essentially a social construct, based not in the natural order but in more or less arbitrary acts of human self-interpretation." If Farrow shades to pessimism, however, Gairdner is betting on Canadians experiencing a "great awakening" in time to recognize the troubled path they're treading before it's too late. "We've been here before in our history, and there's been a turning back," he says. "With what I'm seeing and hearing, I believe we can do it again. I've always had trouble giving up."

This is a remarkable note of optimism in a country where each week–indeed, each day–gives ample reason to do just that.