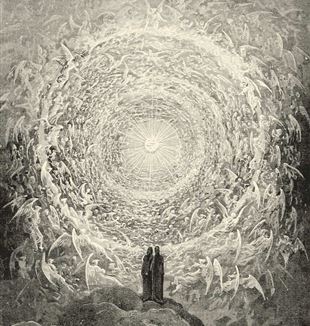 I am as saddened by the death of Nuala O’Faolain as I was moved by her final interview with Marian Finucane a month ago. Over the past two decades, we have been both colleagues and, more recently, ideological opponents. From time to time, we tore lumps off each other.

But all that is like the snow of winter now.

I was moved not so much by her honesty as by her articulateness about despair. Over the years, she had expressed many things which lay beneath the surface of public consciousness; and here, near the end, she did it again. I can do no better than reproduce Nell McCafferty’s description: it was like listening to the cry of an animal in the forest.

Nuala spoke many times for a particular generation of Irish women and, in the end, spoke for several generations of Irish people, men and women, who have imagined for themselves an abyss as a consequence of pursuing the failed hypothesis that humankind can live without God. The despair she expressed is the despair of a generation that imagined it could create a Utopia of reason, free of the encumberments of tradition and the dread of the absolute.

Only in the totality of our lives do we reveal our fullest nature. I am not just the person I am now but also the person I have been and the one I may become, the one who will grow older and eventually die. But our culture seeks to push this truth out of sight, to pretend that reality is defined by youth and its sense of knowingness and omnipotence.

It is as though we see ourselves only in the forms we imagine we have created for ourselves, denying the unavoidable reality that we are dependent beings in an infinite order.

What we have lost has been a loss to ourselves. We have celebrated our victory over tradition as though oblivious that we have half-sawn through the branch on which we are sitting.

Filled by a Desire
In his most recent encyclical, Spe Salvi, Pope Benedict XVI talked about hope: “Day by day, man experiences greater or lesser hopes, different in kind according to the different periods of his life. Sometimes, one of these hopes may appear to be totally satisfying without any need for other hopes. Young people can have the hope of a great and fully satisfying love; the hope of a certain position in their profession, or of some success that will prove decisive for the rest of their lives. When these hopes are fulfilled, however, it becomes clear that they were not, in reality, the whole. It becomes evident that man has need of a hope that goes further. It becomes clear that only something infinite will suffice for him, something that will always be more than he can ever attain. In this regard, our contemporary age has developed the hope of creating a perfect world that, thanks to scientific knowledge and to scientifically based politics, seemed to be achievable… In the course of time, however, it has become apparent that this may be a hope for a future generation, but not for me.”

This, precisely, is our dilemma, articulated from another perspective by Nuala O’Faolain. Asked by Marian Finucane if she believed in a hereafter, she replied, emphatically: “No.”

Asked if she believed in a God, she said this was a different question, then went on to speak poetically about her wonder at the order of the universe, but eventually retreating into what seemed to me an ideological certitude, as though her previous publicly expressed views were preventing her speaking of her present deepest needs.

As human beings, we have within us a question, a need, a longing, a plea–about our lives, our origins, and our destinies.

This question demands an answer. Indeed, we are this question and, like all questions, we have an answer. We do not know what, ultimately, we desire, but we know that, like Nuala, we are filled by a desire that life go on, that our loved ones not be lost or forgotten, that love, beauty, knowledge go on and never die. We know in the deepest part of our hearts that we cannot be redeemed by science or ideology.

In recent generations, we have started to close ourselves off to the consciousness, 2,000 years old in its most shimmering condition, that the balance necessary for human survival can be achieved only with the prospect of transcendence. Only this matches our most fundamental need.

This is the deepest hope of the human heart, the one that stands behind all others.
It is what drives us, protects us, motivates us, and, by keeping our gaze fixed on the horizon, enables us to move through moments of the most extreme difficulty and pain.

The fundamental error of this increasingly secular/agnostic age is that religion is something imposed–that it comes from outside and molds, oppresses, brainwashes me.

Fundamental Structure
But my religiosity is my very being, my relationship with the entire order of reality. I am connected to everything that ever was and ever will be. I am alive in infinite time and space, which–eventually–converge in what cosmology calls space time. This incomprehensible reality is what keeps me alive, keeps me connected, keeps me charged with the human appetites–for beauty, truth, justice, happiness, love, good–for God.

This condition pre-exists me. I cannot shake it off. I can deny it but that won’t change my fundamental structure in nature, which is dependent, which is created, which is charged with a unique destiny and which is fundamentally mysterious, perhaps most of all to myself.

Mendicity
Among the characteristics of this condition are dependence and mendicity–begging. But the fact that I am a beggar strangely makes me less fearful, more balanced, more serene.

Knowing that, in a demeanor of humility, it is possible to remain connected to the force that created me, enables me to greet every day as an adventure. I cannot wait to awake and see what happens!

But out there in the world, I am propositioned by a different and seductive idea: that the hope that drives me can be uprooted from the tradition from which I emerged and replanted in the material world, in my earthly existence only–and that this will make me more free.

This is the great lie of our times. It can seem plausible in the joyful, happy moments, but when I encounter sorrow, or age or sickness or death, I see that, as Pope Benedict tells us, it is a fragile kind of hope that relies on the capricious and erratic capacities of humanity.

What, remotely, might be the basis for the conventional idea that the answer to the question that is humanity might be a void, an abyss, a dark, empty place? How reasonable is it to believe that, after chasing illusions all our lives, we face the dark alone?

How, driven by the deepest desires of the human heart, can we reject such a miraculous incidence of correspondence between the question of the human heart and the answers contained in the Gospels? What, other than a life-denying pessimism, could have convinced us that the account handed to us through history, verified along the way by countless human beings much like ourselves, is not the most persuasive evidence concerning the meaning of human existence?

For such a correspondence to our deepest hopes to be something imagined, conjured up, an invention of a self-deluding human intelligence, is not merely unthinkable but actually unreasonable. For the human heart to nourish such hopes and for these to be baseless and delusional, would be a betrayal of nature of unparalleled proportions. Nowhere in nature do we encounter such a betrayal.

This is a Catholic society, which means that it depends for its very life on the tradition, however imperfect, that we know as Catholicism. We, as Christians, believe that The Mystery, in a disposition of mercy, became flesh and presented Himself as the answer to death and despair.

Let us try to separate this from the debris of piety and power-play and see it for what it is: our most vital guiding idea, the source of the hope-beyond-hope that, as human beings, we most desperately crave and depend on.