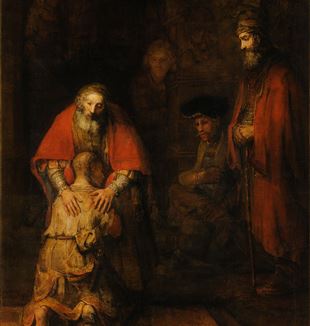 On March 12, 2007, over one hundred people gathered in Jerome Green Hall of Columbia University to listen to a panel put together by the NYC Crossroads Cultural Center. The topic was an obscurely interesting one simply due to the fact that it is difficult to really understand why it is not discussed more frequently and openly in our society: the status of fatherhood.

A Lack of Understanding
To lead off, Dr. Mincy took the podium. His sociological contribution essentially revolved around the word “father” takes on the meaning of the word “source.” Yet, as Dr. Mincy explained to his listeners, there is a clear “father problem” in the United States, a problem he attributes to a lack of understanding of a current gender disequilibrium. To the Columbia professor, the real issue was in the fact that gender equality has been devastatingly mutated in our culture, turning the very idea of being equal, being the same, into mean being indistinguishable. The logical and natural result has been a state of “antipathy about the status of fatherhood.” He presented data that 50% of marriages end in divorce, up to 1/3 of all children are born to non-marital mothers, and changes in child support laws leave fathers with a 50% chance of remaining in relationships with their children–a fact bearing serious psychological and educative consequences.

To conclude, Dr. Mincy explained how most fathers “go in with ignorance and uncertainty.” To help his listeners visualize his point, he playfully recounted his experience with his wife, fetching oranges to relieve her pregnancy cravings, or the events taking place in the delivery room. In concluding his remarks, Dr.Mincy appealed to the Biblical definition of father as “source.” “The research in the social sciences and the public policy around fatherhood is always about what fathers contribute to child and family well-being; there is so little discussion about what men acquire for themselves as a consequence of executing their role as fathers. One of the reasons why many men, particularly minority men, are at risk is because they do not have the opportunity, they do not have the responsibility, of being source, and as a consequence, the returns of seeing the leaves on the trees grow and prosper. Those experiences are increasingly absent in the lives of disadvantaged minority men, and as a consequence, they never achieve it, the homeostasis; they may never achieve the equilibrium that is important for all men and all people in our society.”

Freedom and Authority
Next, renowned Irish journalist and writer John Waters stepped up. Waters approached the topic from a personal and cultural perspective, opening his comments reflecting on his relationship with his own father. The portrait beautifully painted was one of a young John Waters, 10 years of age, being “appointed helper” by his father to fix an engine in the garage, and subsequently spending an entire summer apparently ceaselessly grinding the valves to perfection, an act he at the time considered a chore but can only now, many years later, fully appreciate, leading him to the conclusion that “fatherhood is only visible in its absence.”

Waters went on to describe in pointed terms the political condemnation of fatherhood in Ireland. Relating first-hand experiences with Irish family law, Waters recounted how 10 years ago, facing his own imminent fatherhood, he found himself underimmense pressure: “Society told me, you must do this, and if you fail, you will be an outcast.” Yet, the Irish journalist went on to explain that the very point that society fails to understand is that one is a father by nature of being a father, not by his fulfillment of certain and very specific duties. “Society accuses fathers of effectively not being mothers.” This societal trend is what Mr. Waters calls “brutalization of fatherhood,” a double standard to the concept of equality, which is essentially flipped over, leaving fathers with nothing: “We exist as fathers by permission of mothers.” Supplying his listeners with disturbing examples from Irish court allowing nothing to fathers who have split from the mother of their child, Mr. Waters went on to make another crucial point. In a society where the children are considered the property of the mother, fatherhood loses all value. Waters’s personal and moving contribution highlighted how society places an unbelievable burden on the father figure, leaving no margin for error and giving him no freedom or authority.

A Job for Two
To close the lecture series, Dr. Paul Vitz conveyed his psychological observations to the still attentive crowd. Starting from the simple concept that motherhood can seem to be more linked than fatherhood to the growth and development of a child due to biological and intuitive reasons, Dr. Vitz went on to present research findings that document the importance of the father’s presence in a child’s life. The criminal propensity among youngsters who had grown up without a father is astounding: “Mothers can’t discipline children when father is not present; raising a family is a two-adult job,” said Dr. Vitz. The psychologist relayed studies showing delayed gratification and gender issues among fatherless children. Dr. Vitz went on to link fathers directly to the faith of their children, explaining how most famous atheists either did not have fathers or had dysfunctional ones. Dr. Vitz concluded that for men, all men, having some sort of experience of fatherhood, of a being father, is essential to fulfilling one’s vocation. Two hours after the conference got underway, the room was still packed. Fr. Peter Cameron, Editor-in-Chief of Magnificat and Assistant Professor of Homiletics at the Dominican House of Studies, who had introduced the meeting, prepared to conclude. Beautifully melding together three seemingly disparate speeches, he described the natural tendency in human beings to look for a father, a “source,” this deep need to belong, a certainty that comes from an experience, to follow in order to truly live.