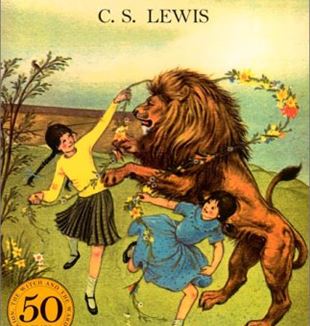 Walter Hooper, 74, American, has lived in Oxford since 1963, when C.S. Lewis asked him to be his secretary. On the death of the writer, he became his chief biographer and editor of his works

How did your relationship with Lewis begin, first as a reader, then correspondent, and then as a close friend and collaborator?
I was living in North Carolina. After completing the university, I signed up for the army and took along with me my first book by Lewis, Miracles. I discovered the finest writer I had ever come across, profound and clear (usually, one excludes the other!). Thus, I threw myself into the reading of all his works. In 1954, I decided to write to him. I thanked him for all his writings, because they made me grow as a Christian. Our correspondence continued, and it culminated in the personal encounter that took place in June 1963. He asked me to come and see him in Oxford. I had expected a formal, brief encounter, but he far exceeded the beauty of his books. Lewis had the capacity of making you feel important when you were really quite small. He put you at your ease, but he expected you to hold, up your end of the conversation. He began inviting me to his house three times a week. We would drink tea together, or a beer at the pub, and on Sundays we would go to church.

Soon after I met Lewis, he asked me to take part in the circle of the Inklings and I began attending meetings with him. After a certain period, he told me he greatly needed a secretary, since his brother, who had helped him up to that time, had serious problems with alcoholism. He asked if I would give up my work as a teacher in the United States, and in July I moved into his house as his secretary. It was agreed that I would return to the University of Kentucky where I would teach one final term, resign from my job, and return to Oxford in January 1964 to resume work as his secretary. And so, in the Autumn of 1963, I returned to the United States. Then, on November 22nd, news reached me, not only of the death of President John F. Kennedy, but of Lewis’s death as well. After days of bewilderment, all of Lewis’s friends convinced me to go ahead with the work all the same. So I found myself living in Lewis’s house without Lewis. But in a sense my work as Lewis’s secretary was just beginning! I’ve spent the past forty-two years dedicating myself to publishing and promoting his whole literary legacy.

You were Anglican and became a Catholic. How did you come to be converted? Lewis himself was an Anglican, did he help you in this move The fact that Thomas Howard (one of the greatest experts on Lewis) also left the Evangelical Church to become a Catholic is curious. Was there something Catholic about Lewis?
I converted to the Catholic Church in 1988, after decades of struggle. Converting from Anglicanism to Catholicism in an Anglo-Saxon country gives you a load of problems. I lost nearly all my Anglican friends. Wisely, the Catholic bishop I turned to advised me to be received into the Catholic Church in the United States, where the cultural climate is different. Of course, when I returned to Oxford, it was as someone who couldn’t go back to much of his old life again. However, I thought to myself, “When I came here in 1963 to meet C.S.Lewis, he was the only person I knew. But I made friends. I’m back in that same position–and I must ask God to give me new friends.” He did. My initial loneliness as a Catholic began to dissolve. After years of trying to save the Church of England, I decided to let the Catholic Church save me.

I should explain some of the background to what was happening in the Anglican Church in those days. The 1960s were a period of great confusion. This was the time when the Anglican Church created a method of synodical government. This meant that the Church’s doctrine was put to the vote–something was deemed “true” if it got enough votes. The decision to ordain women was one of majority votes. Worst of all, the clergy themselves had lost their dogmatic faith. There was an illustration of this a few years ago when The Spectator magazine asked most of the Anglican bishops if they believed in the physical resurrection of Jesus. Most tried to avoid having to answer, and it was clear that almost none would go on record as saying he believed. 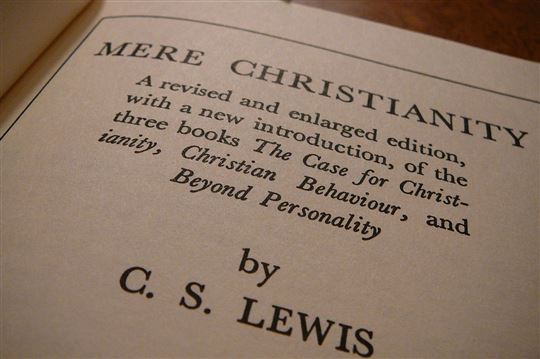 It became clear from this and many other things that the Anglican Church simply did not believe in what C.S.Lewis called “mere Christianity”–the core, non-negotiable beliefs that are common to all Christians, whether Catholic or Protestant. This is beautifully stated in one of Lewis’s most famous books, Mere Christianity (1952). By 1988, it had become abundantly clear to me that the only Church that really believed in “mere Christianity” was the Catholic Church. Of course, the Catholic Church believes in more than is stated in Mere Christianity–but at least it believes all that and much, much more! Our new Holy Father, Pope Benedict, has deplored “the dictatorship of relativism.” When he was in Cambridge in 1988 he praised Lewis’s book, The Abolition of Man, which is on Natural Law. For Lewis, Christ was not only a fact, but the principle Fact upon which all other facts are based. This is why objective truth is so important. In The Poison of Subjectivism he wrote, “Except on the supposition of a changeless standard, progress is impossible. If good is a fixed point, it is at least possible that we should get nearer and nearer to it; but if the terminus is as mobile as the train, how can the train progress towards it?” It leads you to wonder, as did Pope John Paul II, how democracy can survive if there is no common understanding of right and wrong. As Lewis said, how can a democracy progress if everyone has a different understanding of where we want to go?

Before Christmas, The Chronicles of Narnia, the film drawn from Lewis’s book of the same name, will be in movie theaters. How should one approach this genre of book or film, keeping in mind the author’s concerns?
Let us first consider the term “sub-creation”. According to J.R.R. Tolkien, while Man was disgraced by the Fall and for a long time estranged from God, he is not wholly lost or changed from his original nature. He retains the likeness of his Maker, and when he draws things from the Primary World, and creates a Secondary World he is acting as a “sub-creator.” Lewis believed the same–we never create things out of nothing (like God) but create new things by combining bits of what already exists. In other words, we are sub-creators. Lewis added this important distinction between Fantasy and Imagination: Fantasy, when directed onto something which purports to be “real life” is “compensatory”, and “we run to it from the disappointments and humiliations of the real world. It seems us back undivinely discontented for it is all flattery to the ego.” Imagination, on the other hand, takes us right out of ourselves–to Middle Earth, to Malacandra, to Narnia. Imagination, unlike Fantasy, is an addition to life.

Lewis’s greatest act of sub-creation was the invention of the world of Narnia. Having created it, he made one of his great supposals. He said to himself, “Suppose there were a land of Talking Beasts. Suppose the Son of God became incarnate in Narnia as He actually has in this world? What would He be like?” Acting on the Deposit of Faith, as we Catholics call divine Revelation, Lewis extended the Gospel to his imaginary world of Narnia. Aslan is the answer to what the Son of God would be like if there were such a world as Narnia and if the Son of God became incarnate there.

This does not mean that we should run out and say to people, “Aslan is the Son of God.” The Narnian stories should act on people without their being told by us or anyone what Lewis had in mind. The best illustration of how they should work took place with the illustrator of the Narnian stories, Pauline Baynes. She told me that when she was drawing the pictures of Aslan being tormented and killed by the White Witch, she was weeping, and her tears were falling on the drawings. The sacrifice of Aslan broke her heart. But note! She said that it was only after she’d sent the drawings for The Lion, the Witch and the Wardrobe to the publishers that it broke upon her that Aslan was Christ. You see? She had been thinking of the central truth of Christianity without knowing it.