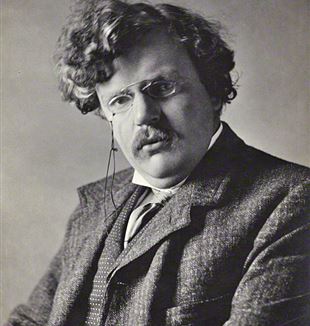 For some years, my wife and I used to attend a School of Community in Boston, and this was how we were introduced to the writings and influence of Don Giussani. Later, we went on retreat to Italy and were lucky enough to meet him in person. The years we spent in the Movement were in many ways formative for us. They demonstrated to us that faith, when lived, gives birth to a culture. They showed us that the contemporary hunger for spiritual experience could be answered within the Catholic Church. They introduced us to the theology of Henri de Lubac and Hans Urs von Balthasar, which provide the key to an authentic interpretation of the Second Vatican Council. Out of that experience of the Movement, we conceived the need for a journal that would express the beauty of the faith and its cultural possibilities, which we called Second Spring, after a famous sermon John Henry Newman preached in 1852 that prophesied a rebirth of the Catholic Church in England.

There are many great writers mentioned by Msgr. Giussani in the course of his writings, and in particular many affinities between his thought and that of the great English apologists who followed Newman, such as G.K. Chesterton and C.S. Lewis in the twentieth century. It is on the presence of Chesterton in Giussani’s writings that I want to concentrate here, for our own work has come increasingly to revolve around G.K. Chesterton. A prolific and prodigious journalist, novelist, poet, and playwright who died in 1936, Chesterton still represents a great hope for the revival of Christianity, and one very much in the spirit of Communion and Liberation.

First fruits of a new humanity
At the heart of Giussani’s book Why the Church?, for me, is this passage (p. 182): “Anyone who lives the mystery of the ecclesial community receives a change in his nature…. This should be the curiousness of the Christian adventure: the birth and establishment in the world of this new creatureliness, the first fruits of a new humanity. And we are not called to announce this regeneration only with words. Rather, we are invited to live an experience.” We have heard the biblical phrase “first fruits” so often, but Giussani makes it fresh by taking it seriously. The passage continues: “Thinking that Christianity could be reduced to mere verbal statements -and anyone, even someone who believes himself to be a Christian, might be so affected–means denying ourselves the fascination of a unique adventure–withdrawing from Christianity as life.”

It is the word “adventure,” more than any other, that brings Giussani close to Chesterton, who experienced Christianity in the same way–as a continual adventure. In a famous passage from his book Orthodoxy, Chesterton writes of how easy it would have been for Christians to have fallen into any one of the fads and heresies from Gnosticism to Christian Science. “People have fallen into a foolish habit of speaking of orthodoxy as something heavy, humdrum, and safe. There never was anything so perilous or so exciting as orthodoxy. It was sanity: and to be sane is more dramatic than to be mad. It was the equilibrium of a man behind madly rushing horses, seeming to stoop this way and to sway that, yet in every attitude having the grace of statuary and the accuracy of arithmetic.

With Any Warhorse
The Church in its early days went fierce and fast with any warhorse; yet it is utterly unhistoric to say that she merely went mad along one idea, like a vulgar fanaticism. She swerved to left and right, so exactly as to avoid enormous obstacles. She left on one hand the huge bulk of Arianism, buttressed by all the worldly powers to make Christianity too worldly. The next instant she was swerving to avoid an orientalism, which would have made it too unworldly. The orthodox Church never took the tame course or accepted the conventions; the orthodox Church was never respectable. It would have been easier to have accepted the earthly power of the Arians. It would have been easy, in the Calvinistic seventeenth century, to fall into the bottomless pit of predestination. It is easy to be a madman: it is easy to be a heretic. It is always easy to let the age have its head; the difficult thing is to keep one's own. It is always easy to be a modernist; as it is easy to be a snob. To have fallen into any of those open traps of error and exaggeration which fashion after fashion and sect after sect set along the historic path of Christendom–that would indeed have been simple. It is always simple to fall; there are an infinity of angles at which one falls, only one at which one stands. To have fallen into any one of the fads from Gnosticism to Christian Science would indeed have been obvious and tame. But to have avoided them all has been one whirling adventure; and in my vision the heavenly chariot flies thundering through the ages, the dull heresies sprawling and prostrate, the wild truth reeling but erect.”

To be on a Trinitarian Stage
Chesterton, who, like Giussani, wrote a great many words about Christianity, never made the mistake of reducing the faith to a matter of “verbal statements.” Faith is a gift, and we might lose it in a hundred ways if we do not pray with our hearts, if we do not live the adventure. To be in Christ is to be on a Trinitarian stage, in what Balthasar called a “theo-drama.” Too easily we sit back and observe the show from some comfortable seat, “withdrawing from Christianity as life.”
The sense of adventure, of life and faith as a continual gift for which we owe thanks, and of vast appreciation for every breath, every friend, every seemingly chance encounter, permeates Chesterton’s writing and his life. We see it, for example, in his little biography of St. Francis of Assisi, the saint who came closest to Christ because he succeeded in turning the world upside down. Toward the end of that book, Chesterton seems almost to sum up his own spirituality in writing of St. Francis: “He was above all things a great giver; and he cared chiefly for the best kind of giving which is called thanksgiving. If another great man [Newman] wrote a grammar of assent, he may well be said to have written a grammar of acceptance; a grammar of gratitude. He understood down to its very depths the theory of thanks; and its depths are a bottomless abyss…. He knew that we can best measure the towering miracle of the mere fact of existence if we realize that but for some strange mercy we should not even exist.”

*Stratford Caldecott is the UK
Director of the G.K. Chesterton Institute for Faith & Culture
and Editor of Second Spring